According to the Harris County Fire Marshal's Office, seven people -- all CenterPoint employees -- were injured. 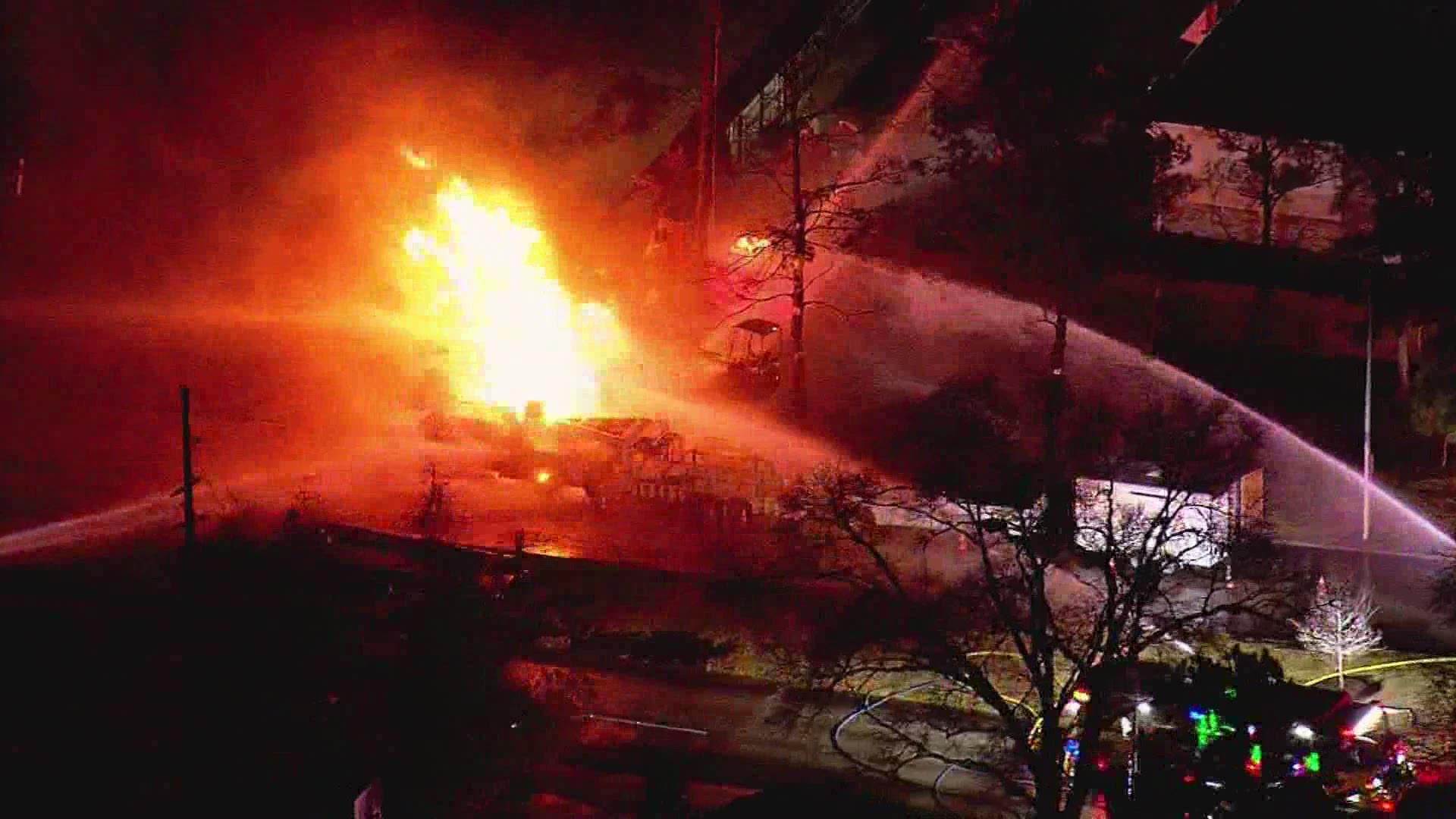 HOUSTON — Seven people were injured in a natural gas line explosion and fire that led to evacuations in northwest Harris County Friday.

UPDATE: As of 8 a.m. Saturday, CenterPoint Energy said all power has been restored to customers who experienced an outage due to the natural gas line explosion.

Repairs are still in progress to restore natural gas services to those impacted.

CenterPoint said if your natural gas was interrupted as a result of Friday's explosion, don't turn any vales or tamper with the natural gas meter for safety reasons.

"Opening or turning any valves could allow air to enter the natural gas lines, which would hinder the restoration process."

The natural gas line explosion happened in the 18700 block of Gleannloch Lakes. No homes appear to have been damaged so far, but residents within 500 feet of the fire were evacuated.

According to the Harris County Fire Marshal's Office, a CenterPoint crew was excavating near a high-pressure natural gas line around 5:30 p.m.. The line was apparently hit and exploded.

Firefighters have capped the smaller gas line, but CenterPoint is still looking for the origination of the larger, 6-inch gas line, which is what's feeding the fire. Officials said once CenterPoint turns that line off, the fire will go out quickly. Until then, firefighters are containing the fire and protecting the surrounding area from the flames.

Officials said the fire burned directly under a powerline, which eventually burned, and the power pole fell over.

The fire is now out. Haz mat crews are now investigating what happened. @KHOU https://t.co/cmGa2lolyL