While Texas is not expected to take a direct hit, the Gulf Coast could see tropical storm force winds. 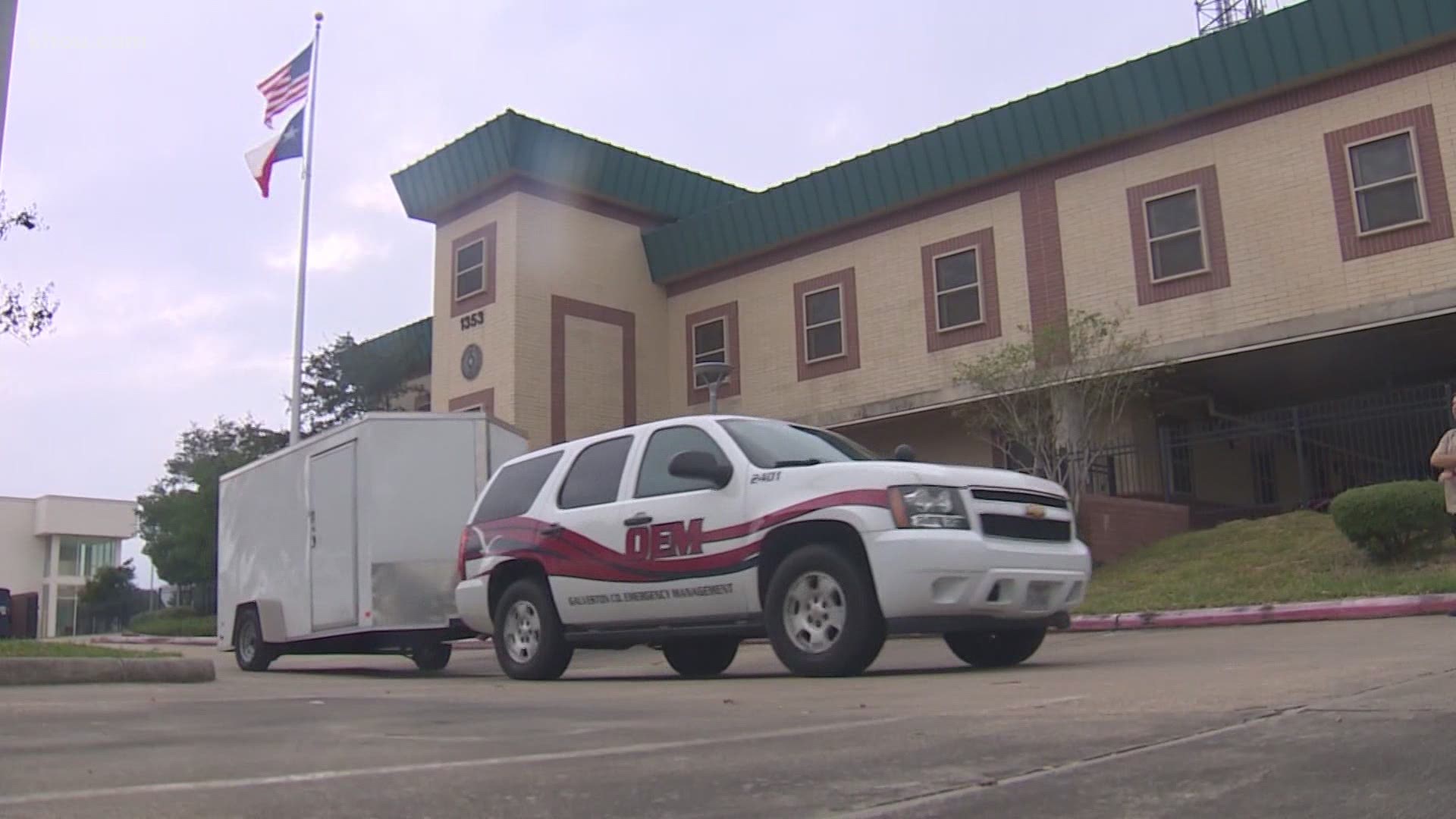 Emergency Management Coordinator Scott Tafuri said people should bring in any patio furniture or garden items that are loose because of the expected winds, which could gust to more than 30 miles per hour.

He is also concerned about "hurricane fatigue": people becoming complacent after several storms hit the Gulf Coast in 2020.

“We’ve been through this a lot this year. It’s been the most active season for the Gulf" Tafuri said. “You kind of get into that hurricane fatigue but try to stay engaged. Don’t let your guard down now.”

Waves are choppy here along Seawall Blvd in @CityofGalveston — breeze is up, too. You can feel the energy of #HurricaneDelta @KHOU #khou11 pic.twitter.com/jr8xrofYIB

TxDOT and Galveston County crews are staging for any debris that could wash onto roads, particularly Highway 87. Tafuri said the tides could be elevated 3.5 to 4.5 feet, and that the Galveston Ferry to Bolivar Peninsula could have to be temporarily closed.

He said Delta is moving quickly, and the impacts should not last longer than Tropical Storm Beta, which hit the area in September.

Emergency management officials expect some minor coastal flooding in low-lying areas, all of which is common for Galveston County, even when the storm does not deliver a direct hit to Texas.

“We’ll get high tides, a few waves in. Hopefully no damage or anything like that," said Kelly Cole, a Galveston native who was visiting the beach from Tyler on Thursday. “Most folks are used to this kind of thing.”

Delta will be the eighth named system to make landfall along the Gulf Coast.