“My heart almost stopped. I felt like I couldn’t breathe. I couldn’t walk. My body was like shutting down," Dynasti Williams said. 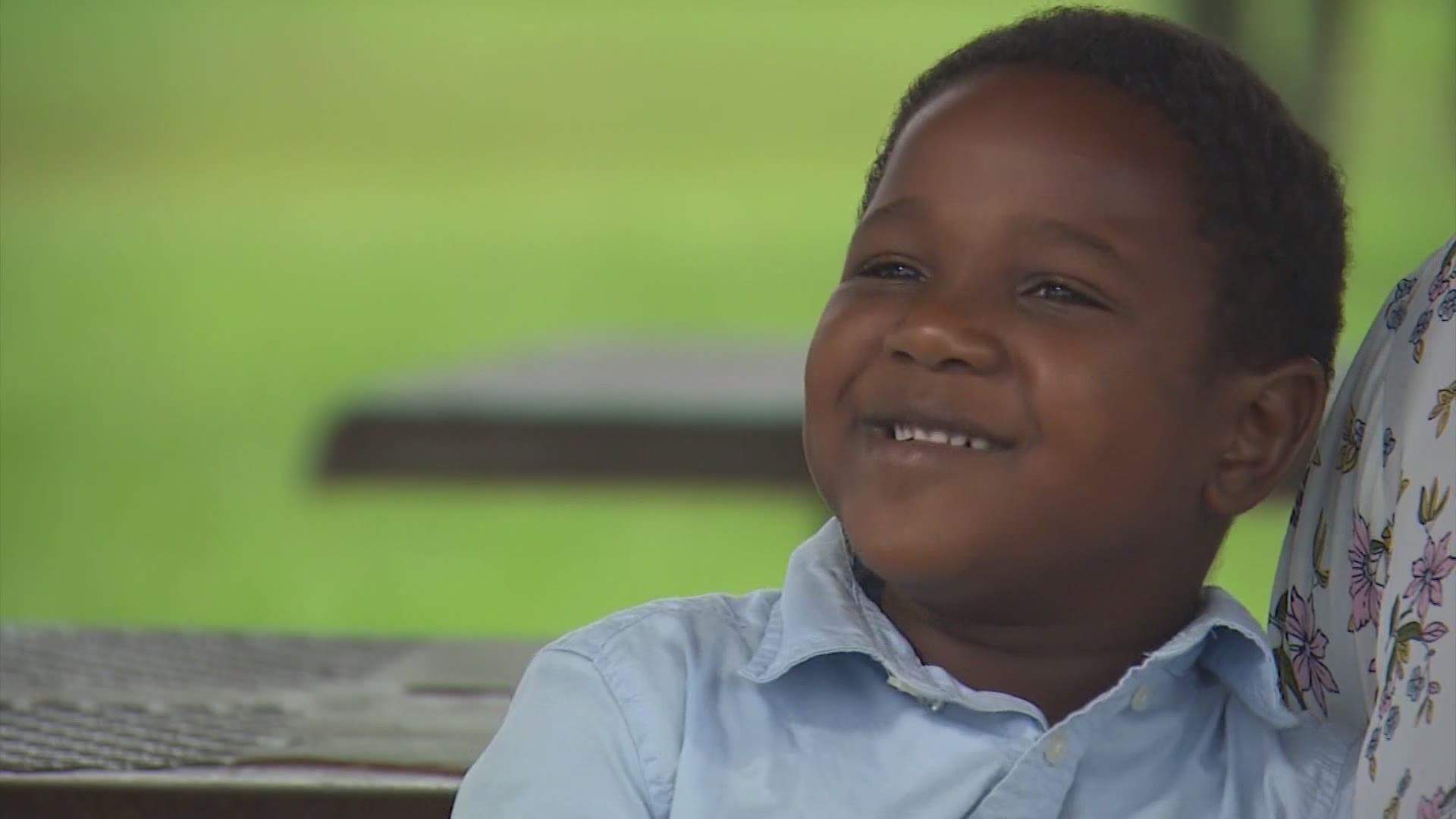 GALVESTON, Texas — It was a heart-stopping story of survival for a 5-year-old Galveston boy who got caught in a dangerous rip current on a sunny, sand-filled Saturday.

“It was just nice. It was crowded, supposed to have been fun," Dynasti Williams said.

Zaiden was at the beach with his family. He was enjoying himself and jumping through the waves. He was there one second and then gone the next.

“The water just pushed me out," Zaiden said.

“It’s, like, he was with an adult. And the adult was side-by-side with him, (with)in arm distance," Williams said. “As it started ... she was no longer able to grab in reach him.”

A rip current ripped him away from safety.

“She possibly could’ve drowned if she just would’ve went after him to try to save him," Williams said. “As he’s flushing further and further out, the water is getting higher and higher, he’s gasping for air, swallowing the water.”

Through the gasping and swallowing of seawater, Zaiden called for help.

“But I called my mama," Zaiden said.

Williams was on the shore. Unable to save her child.

“My heart almost stopped. I felt like I couldn’t breathe. I couldn’t walk. My body was like shutting down," Williams said.

A surfer was able to grab Zaiden and keep him above water until a lifeguard arrived. Once he got back onshore, Zaiden didn’t have a pulse.

“They had to do CPR two times in order for him to become conscious again," Williams said.

CPR brought the boy back to life. Williams was finally able to breathe.

“If I would’ve lost my son, there’s no possible way I would be able to go, and I still have four kids to live for," Williams said.

Zaiden spent three days in the hospital. Doctors said there may be some struggles in the future, but today, he’s just fine.

“I'm just trying to keep an eye on him," Williams said. “Let’s try to prevent this from happening."

Williams is sharing the story to keep other kids from being caught in that same deadly current.

“You know, 'did you see that flag, that flag is purple, that means danger. We shouldn’t be on this part of the beach.' Nobody is thinking like that," Williams said. “Unfortunately for me, I had to experience this and possibly almost lost my child, to just go back and do research.”

Williams has started a fundraiser to help cover the hospital expenses for Zaiden. If you would like to donate, click here.

For more information on rip currents and how you can survive them, click here.