The funeral was held on the National Day of Remembrance. 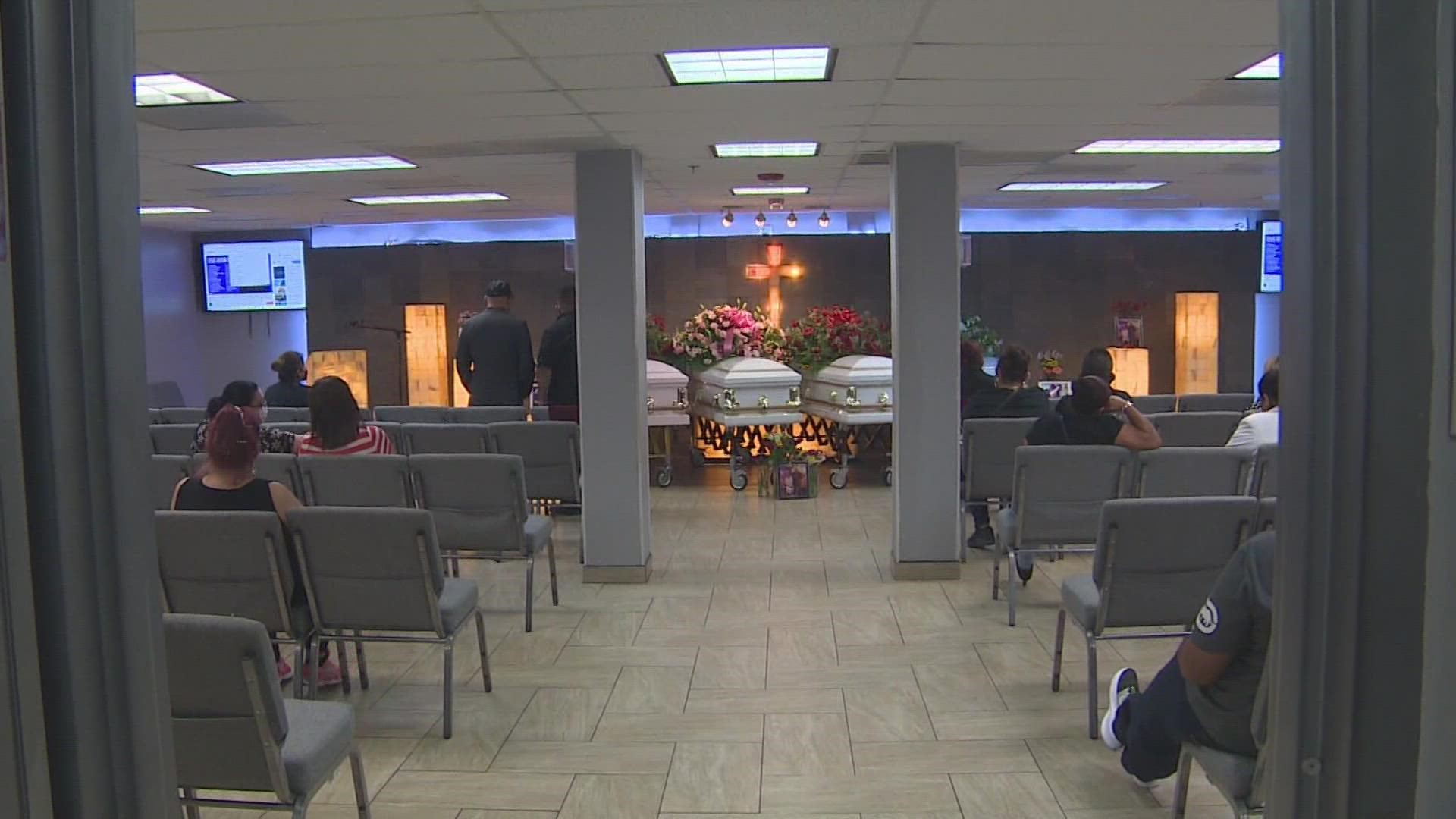 She was attending a funeral for four of her family members who were killed in their southwest Houston home early this month.

RELATED: Remembering the Escaños, the family of 4 found dead at their burning SW Houston home

Police said Paulina’s brother-in-law, Jairo Escaño, his wife Elvira Yah and their 13- and 10-year-old children, Isabel and Jairo Jr., were found dead in their burning home.

RELATED: Official cause of death released for 3 out of 4 family members found dead inside burning home

“A hardworking family ... happy family. They have a lot of friends and family that will always remember them, especially the little ones," Moreno said.

The funeral was held on the National Day of Remembrance, which is a day to remember murder victims and focus on the impact of murder on families and communities.

“He was a loving young man. He was very, very special," Anderson said.

“Trying to process this because I know it’s been two years ago but it feels like it just happened yesterday,” Anderson said.

And for Paulina, her message to others is to find strength by not being afraid to ask for help.

“Don’t ever give up. I want everyone to speak up. Don’t be afraid,” she said.