The memorial ceremony will be held at 11 a.m. Thursday at following a processional march. 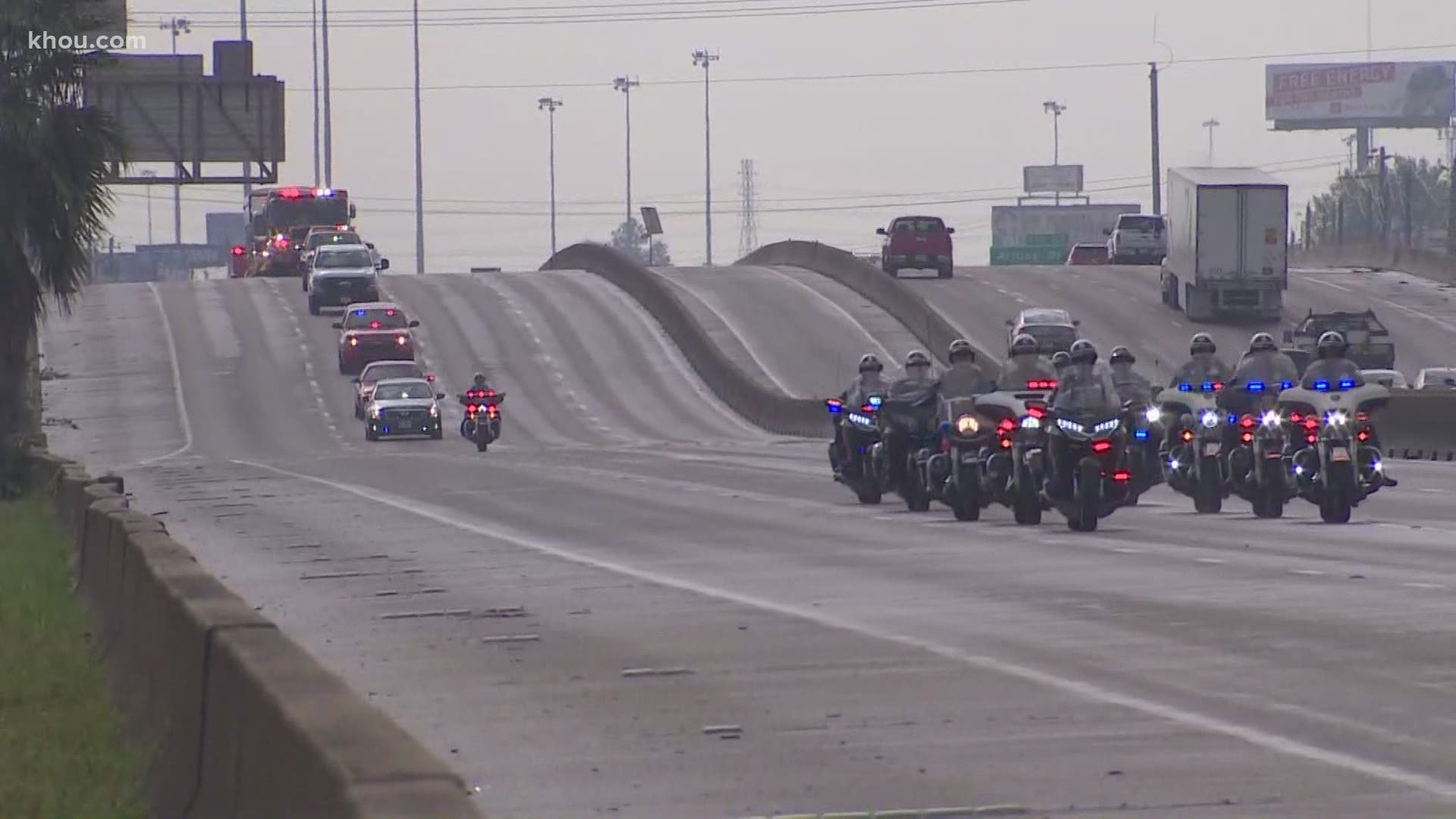 HOUSTON — Houston arson investigator Lemuel Bruce will be honored during a memorial service Thursday at Lakewood Church, according to the Houston Professional Fire Fighters Association.

There will be a processional march at 10 a.m. followed with a memorial service at 11 a.m.

Bruce was killed in the line of duty Oct. 16 while pursuing an arson suspect. He suffered a fatal gunshot wound during a shootout and passed away at the hospital.

Editor's Note: The above video is from a processional march in Lemuel Bruce's honor on Oct. 19.

He had served with the Houston Fire Department for 17 years, including a five years with the arson team.

Houston firefighters led a processional Monday from the medical examiner's office to the funeral home in his honor.