Gator taken into custody after trespassing in Fulshear resident's pool

The gator was later released without incident. 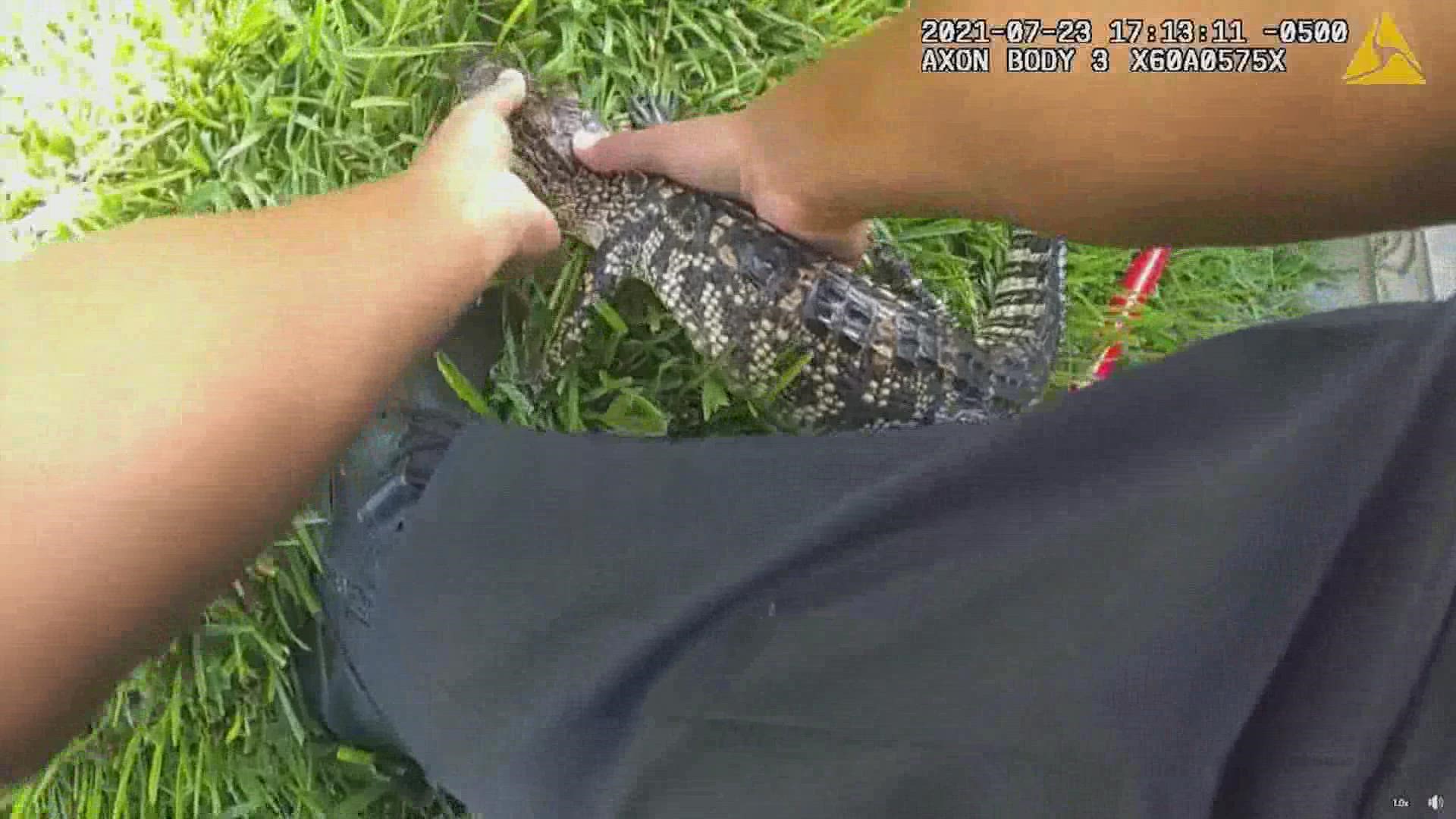 FULSHEAR, Texas — The Fulshear gators are at it again.

This time, a small gator was caught taking a dip in a resident's backyard pool. We're guessing it took the dip to stay cool, but police haven't released many details on the motive.

This happened earlier this month in the Fullbrook on Fulshear Creek neighborhood.

The gator was clearly trespassing because the owner didn't give permission for it to be on his property! So police were called.

Officer Chavez and Officer Landry responded to the scene and they said the gator put up a fight at first but soon calmed down and was taken into custody.

The gator was then released without further incident.

Fulshear has been giving Florida a run for its money for the title of "Gator Capital of the U.S."

In the month of June, the Fulshear Police Department posted several gator sightings to its Facebook page, including one time where it took five officers to wrangle a large gator who was seen taking a stroll through a Fulshear neighborhood.

Nothing like a little, rather big, alligator excitement to end the night shift and begin the dayshift. When the...

Alligator sightings have become such a ritual in Fulshear that the police department now has a tradition that every time an officer makes their first gator call, they have to take a picture with the reptile — as long as it's "selfie" size, of course, the department said.