FULL REPORT: Houston flooding can’t be eliminated, but impact can be reduced

Recommendations for how to address Houston's flood problem were released Thursday morning. They say getting rid of flooding just isn't possible, but there are ways to reduce the impact it has on your life. 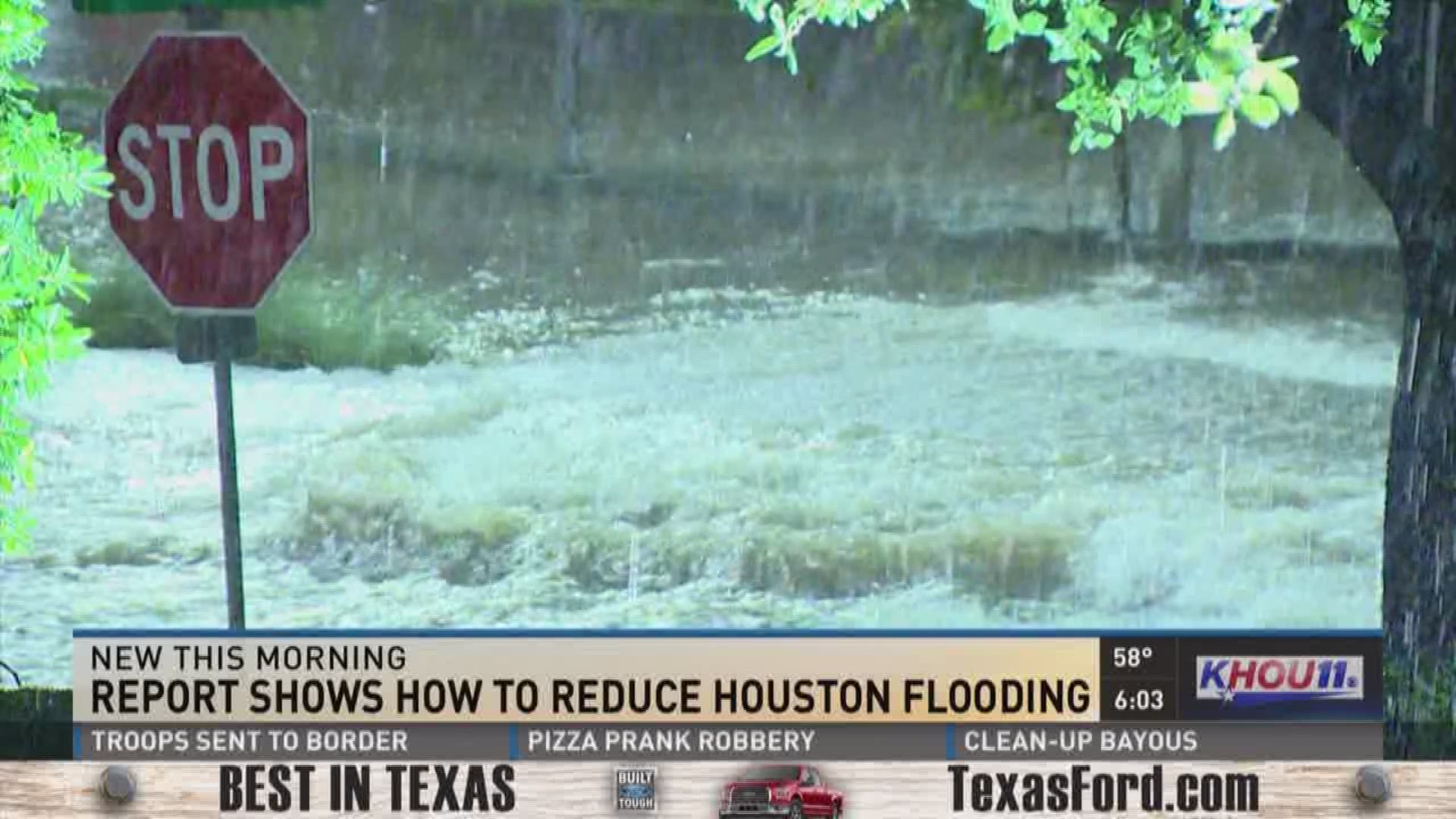 HOUSTON – Recommendations for how to address Houston’s flood problem were released Thursday morning.

They say getting rid of flooding just isn't possible, but there are ways to reduce the impact it has on your life.

The report states, while eliminating flooding in Houston is not possible, there are practical opportunities for reducing the effect flooding has on people’s lives.

This initial report draws a number of key conclusions on Addicks and Barker reservoirs, including the important considerations about the proposed “third reservoir,” and flood mitigation tactics such as regulations, local drainage, and buyouts.

When the consortium was formed, its philanthropic funders intended to make Houston a more resilient city and ensure that all communities benefit from flood mitigation efforts. We've brought together experts on flooding, the environment, and urban planning, and, together, we are presenting our conclusions thus far. We hope they are useful to decision-makers as the region figures out how to respond through funding, policies, and projects.

Among the key conclusions within the report:

A link to the full report can be found houstonconsortium.org.

The consortium said that In the coming months, watershed analyses will be completed, which will allow for more detailed conclusions and a second report will include these findings.