Anyone with information regarding Russ Martin's death is asked to contact Frisco police at 972-292-6010. 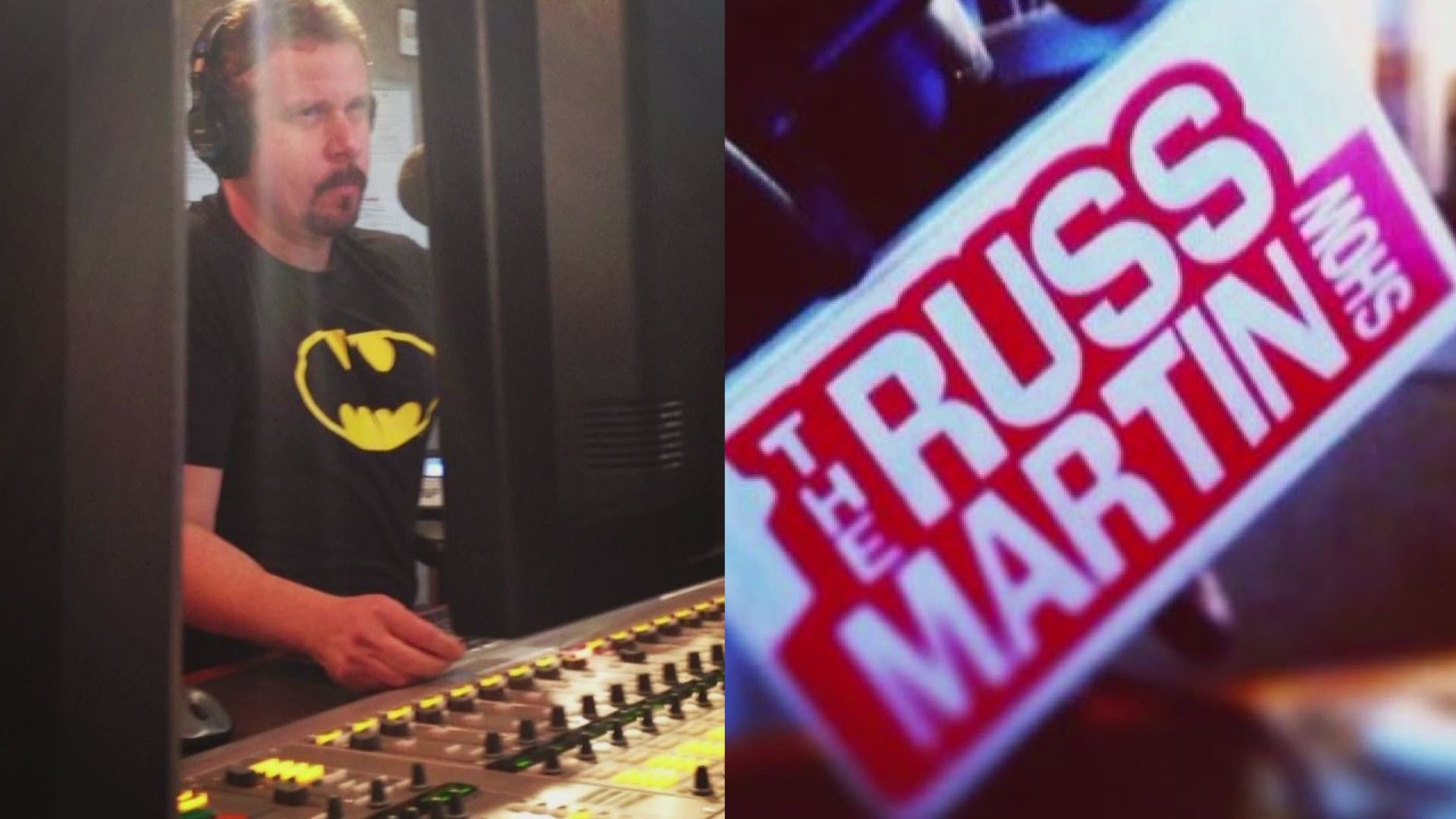 FRISCO, Texas — Frisco police said they are investigating the death of D-FW area radio show host Russ Martin after he was found unresponsive in his home Saturday.

Officers said they were called around 12:30 a.m. to the house in the 6300 block of Douglas Avenue after a friend of Martin's went to check on him and found him unresponsive.

According to authorities, the cause of Martin's death has not been determined, but police said no foul play is suspected at this point in their investigation.

Martin was the host of The Russ Martin Show on 97.1 The Eagle. The radio station posted a statement on its website that partially reads, "he will be dearly missed & we send our deepest condolences to his family & friends during this difficult time."

The radio station is also asking fans to share their favorite memory of Martin on its Facebook page.

It’s with heavy hearts that we announce the passing of 97.1 The Eagle’s Russ Martin. He will be dearly missed & we send our deepest condolences to his family & friends during this difficult time. We’d love to hear your favorite memory of Russ Martin below. #RIPRussMartin pic.twitter.com/cdGBC1XYY9

The radio host ran a foundation called The RMS Listeners Foundation that supports families of Dallas-Fort Worth police officers and firefighters who have died in the line of duty.

Anyone with information regarding Martin's death is asked to contact Frisco police at 972-292-6010. They can also send an anonymous tip by texting FRISCOPD and the tip to 847411 or by downloading the Frisco PD app.