Houston's annual July 4th fireworks show is a go this year, but not the outdoor festival

Freedom Over Texas has been "re-imagined" as a broadcast program featuring the Houston Symphony Orchestra and entertainers from various genres. 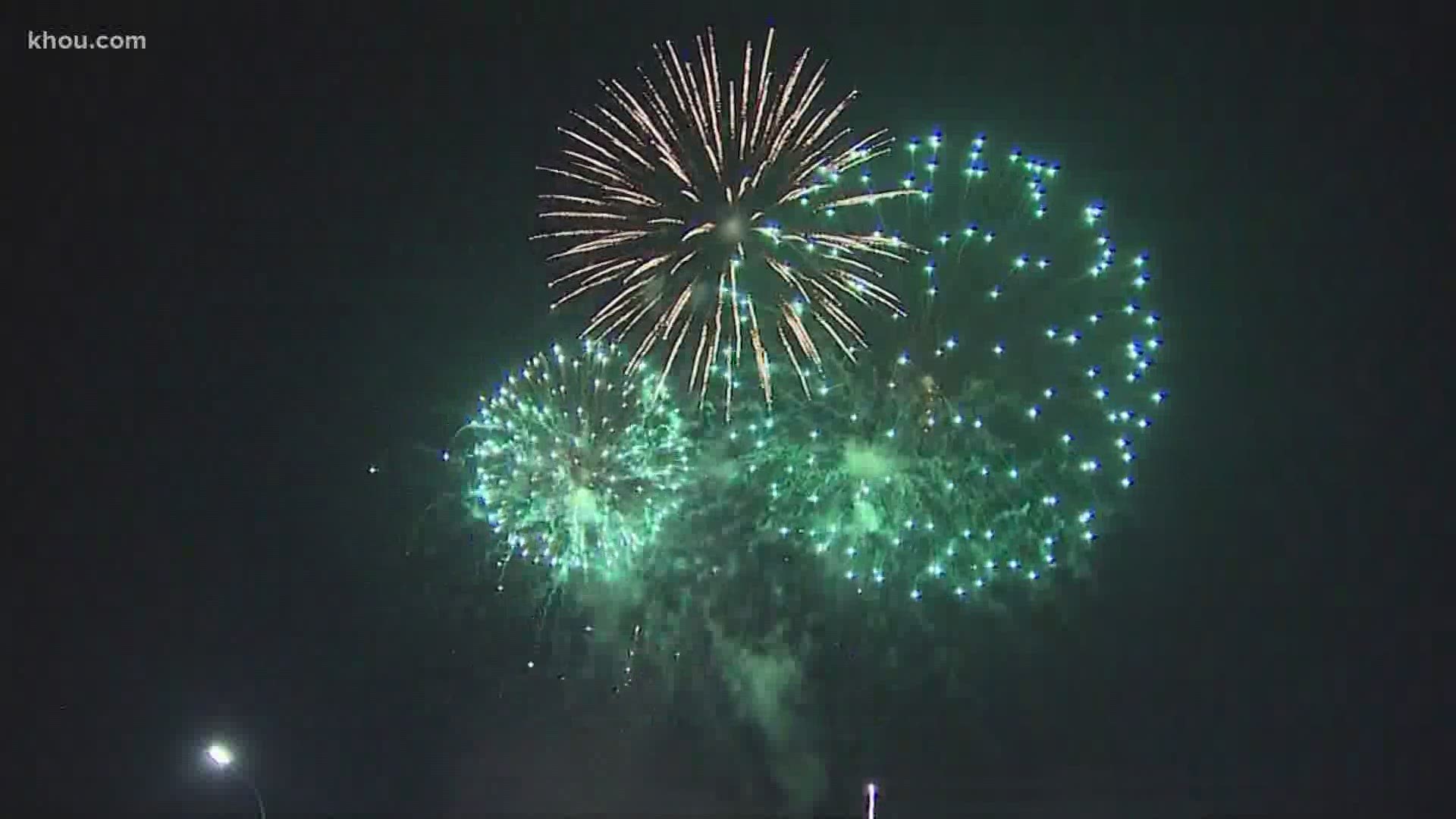 HOUSTON — Fourth of July celebrations in Houston will look a little different this year due to the coronavirus pandemic. That includes one of the city's largest outdoor events, Freedom Over Texas.

Mayor Sylvester Turner announced Monday the annual event, which in previous years included an outdoor festival attended by thousands, will not have a live audience when it returns in 2020.

Turner and event organizers said Freedom Over Texas has been "re-imagined." There will still be a grand fireworks show, but the concert portion will be broadcast on TV and online.

The program will star the Houston Symphony Orchestra followed by entertainers from various genres. It's the first time the orchestra will perform since the pandemic started.

Lyle Lovett, Josh Turner, La Mafia and Hunter Hayes will also join in the show from other parts of the country.

During the program, the Military Warriors Support Foundation will present a combat-wounded veteran with a new home.

Shell will return as the 2020 title sponsor.

The newest sponsor, Reliant, will be sponsoring the grand fireworks show to end the program. The display will be in downtown.

Galveston's Fourth of July celebrations were canceled in order to keep its residents safe during the pandemic.

Last year, the city's celebration included a fireworks show at Eleanor Tinsley Park that included live music from Jake Owen and others.

In 2019, the Johnson Space Center celebrated the 50th anniversary of the Apollo 11 moon landing with astronauts, robotic demonstrations and other NASA activities.

Several other celebrations were held across the city.

RELATED: Here's how to protect pets from Fourth of July fireworks