Multiple people were taken to local hospitals for treatment. 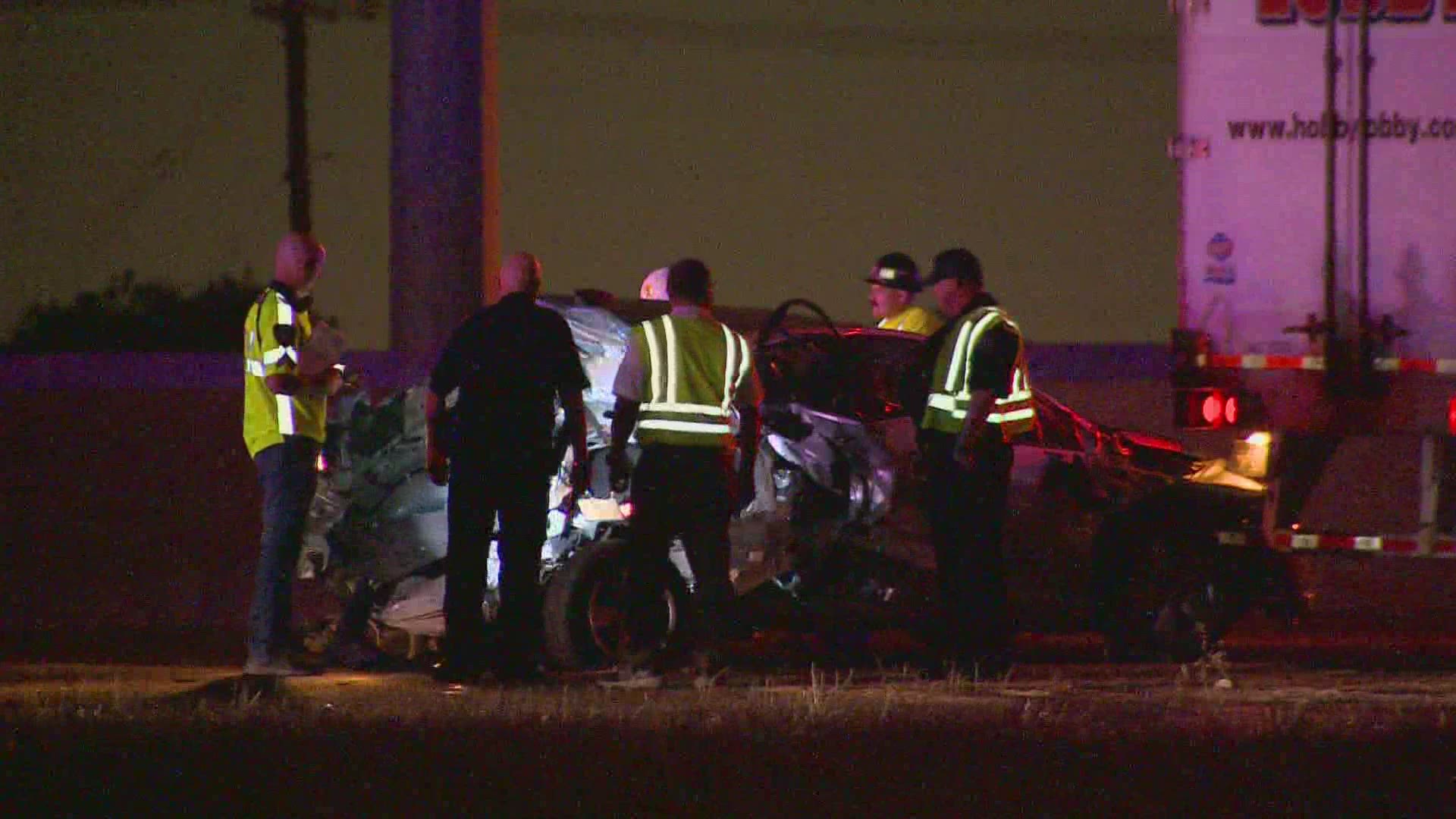 FORT WORTH, Texas — One person was killed and multiple people were injured in a crash on southbound North Freeway Wednesday night.

An 18-wheeler had come to a stop due to traffic in the area as drivers navigated an area of construction, according to police.

The driver behind the truck hit the back of it when it came to a stop and then two other vehicles behind them were unable to stop and hit the first car as well, police said. The driver in that first vehicle between the truck and other vehicles was pronounced dead at the scene of the crash.

Fort Worth PD on scene I-35 SB near Basswood Blvd working a multi vehicle crash. One person dead on scene and two people transported to the hospital. The crash is under investigation. pic.twitter.com/CBn5UVjna2

The drivers and passengers in the other vehicles were all expected to survive their injuries, according to police, though multiple people were taken to local hospitals for treatment.

In all, four vehicles were involved in the crash. Police have not yet released any additional details.