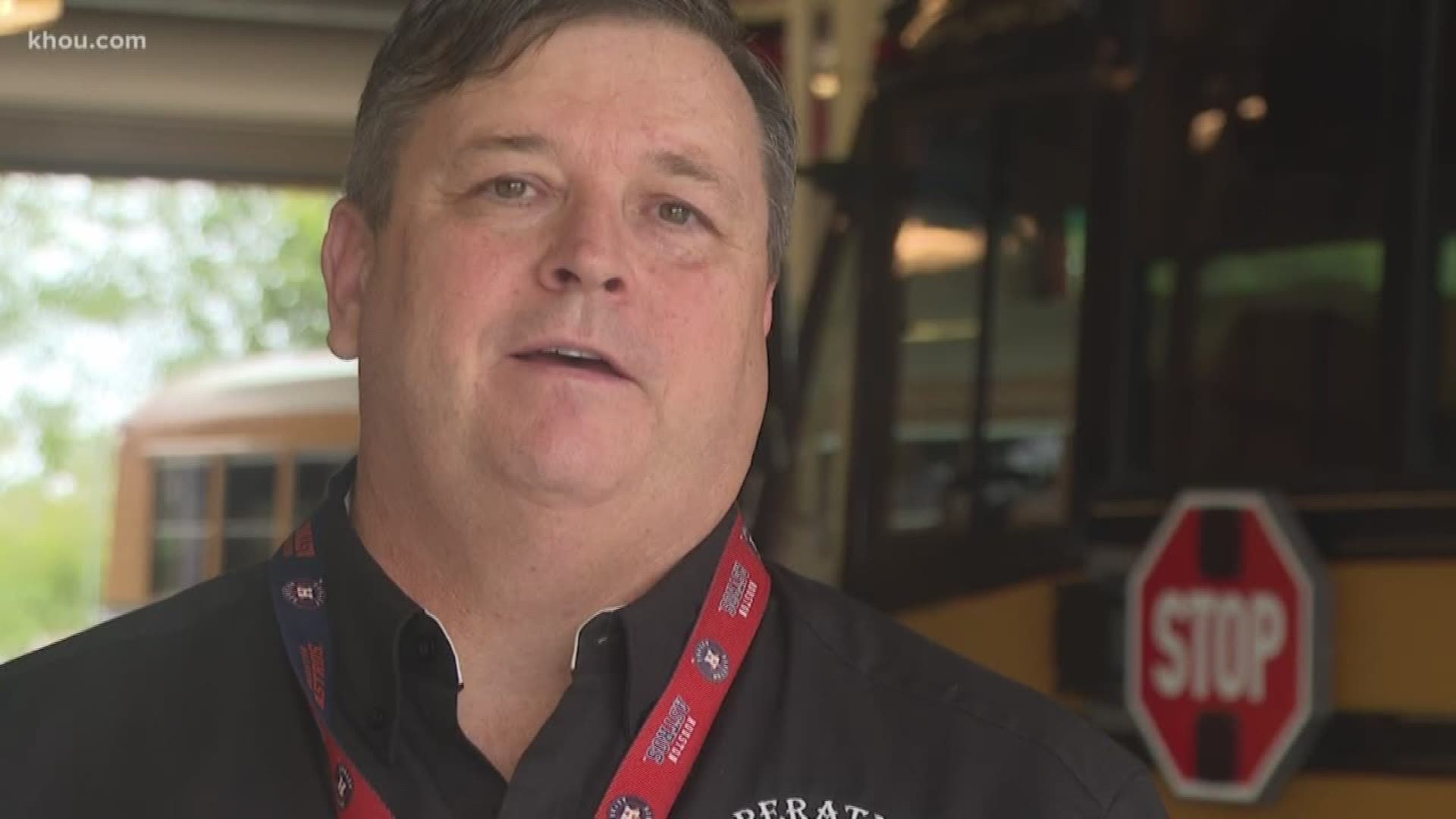 RICHMOND, Texas — Hundreds of people are asking why a driver who hit a child at a school bus stop in Richmond on Friday was issued a ticket and not arrested.

RELATED: Driver who ran school bus stop sign and hit boy, 8, says she had to go to the bathroom: Sheriff

In a Facebook post, Fort Bend County Sheriff's deputies explained that the child's "possibly" fractured arm did not qualify under Texas law as "serious bodily injury."

"Serious Bodily Injury is defined by Section 1.07 of the Texas Penal Code as "bodily injury that creates a substantial risk of death or that causes death, serious permanent disfigurement, or protracted loss or impairment of the function of any bodily member or organ," deputies wrote in a comment on their post.

People who live in the neighborhood said they see drivers passing stopped school buses too often.

"Sometimes people have zero patience when it comes to school buses here in the morning," said Fouzan Lahkani, who lives near the bus stop with his three kids who are all under the age of 6.

"God forbid if something worse had happened to the child. The law is the law. Whatever they decide," Lahkani said. "Understand that it could be your kids out there as well.“

Santa Fe ISD added cameras to 10 of its buses after a three-year study found drivers in the district ignoring the flashing red stop signs on buses at two times the rate of drivers statewide.

"We’ve never had an incident with a student getting hit getting off the bus, but you don’t wait til that happens. You prevent it from happening," said transportation director Mark McKinney.

RELATED: Teen accused of nearly hitting 5-year-old girl getting off school bus has been arrested

The problem is not new to Texas. Earlier this school year, a mom recorded a viral video of a car nearly hitting her daughter as she got off the school bus.

Drivers who illegally pass school buses face fines up to $1,250 for the first offense. For individuals convicted of this offense more than once, the law allows the individual's driver license to be suspended for up to six months. Additionally, this offense could potentially include criminal charges if they cause serious bodily injury to another.

Fort Bend deputies said the boy's injuries do not rise to that level.