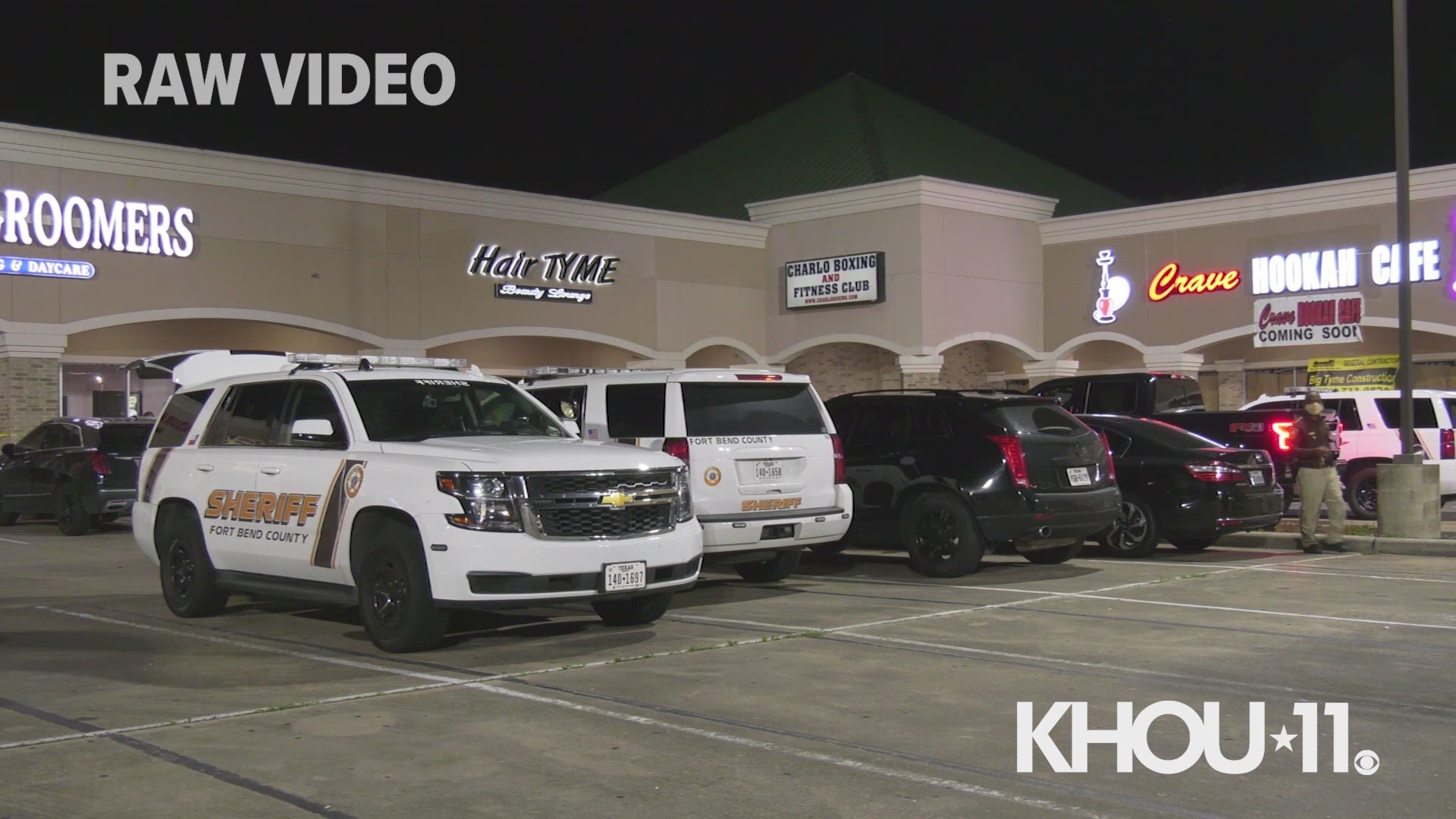 FORT BEND COUNTY, Texas — The ongoing feud between two teens escalated to gun violence over the weekend at a fitness gym near Highway 6 in Fort Bend County.

According to the sheriff's office, the 19-year-old suspect was arrested in less than 24 hours. He's charged with murder in the killing of another 19-year-old.

Sheriff deputies responded to a shooting call about 6:40 p.m. Saturday at a boxing gym and fitness club in the 9700 block of SH 6 South, just outside Sugar Land city limits.

Investigators said the victim was recording music at a studio inside the gym when he got into a fight with his alleged killer.

The suspect pulled out a pistol and shot the victim multiple times, according to deputies. The victim was pronounced dead at the scene, deputies said.

An investigators on the case said it's too early in the investigation to reveal the specific cause of Saturday night's altercation.

FBCSO confirmed a detective on the case contacted the suspect's friends and family, asking that he surrender himself but he eventually had to be taken into custody.

The teen is currently being held at the Fort Bend County Jail, where has bond has been set at $350,000.

FBCSO Sheriff Eric Fagan said investigators were able to capture the suspects so quickly because of a collaboration between the sheriff's office, the constable's office and the district attorney's office.

During Monday's press conference, Fort Bend County District Attorney Brian Middleton introduced the office's "murder squad," a special internal unit of prosecutors and investigators. He said the office is trying to get involved with murder investigations earlier in the case.