The 44th president of the United States, Barack Obama, took part in a moderated conversation at the 25th anniversary gala of Rice University's Baker Institute for Public Policy. 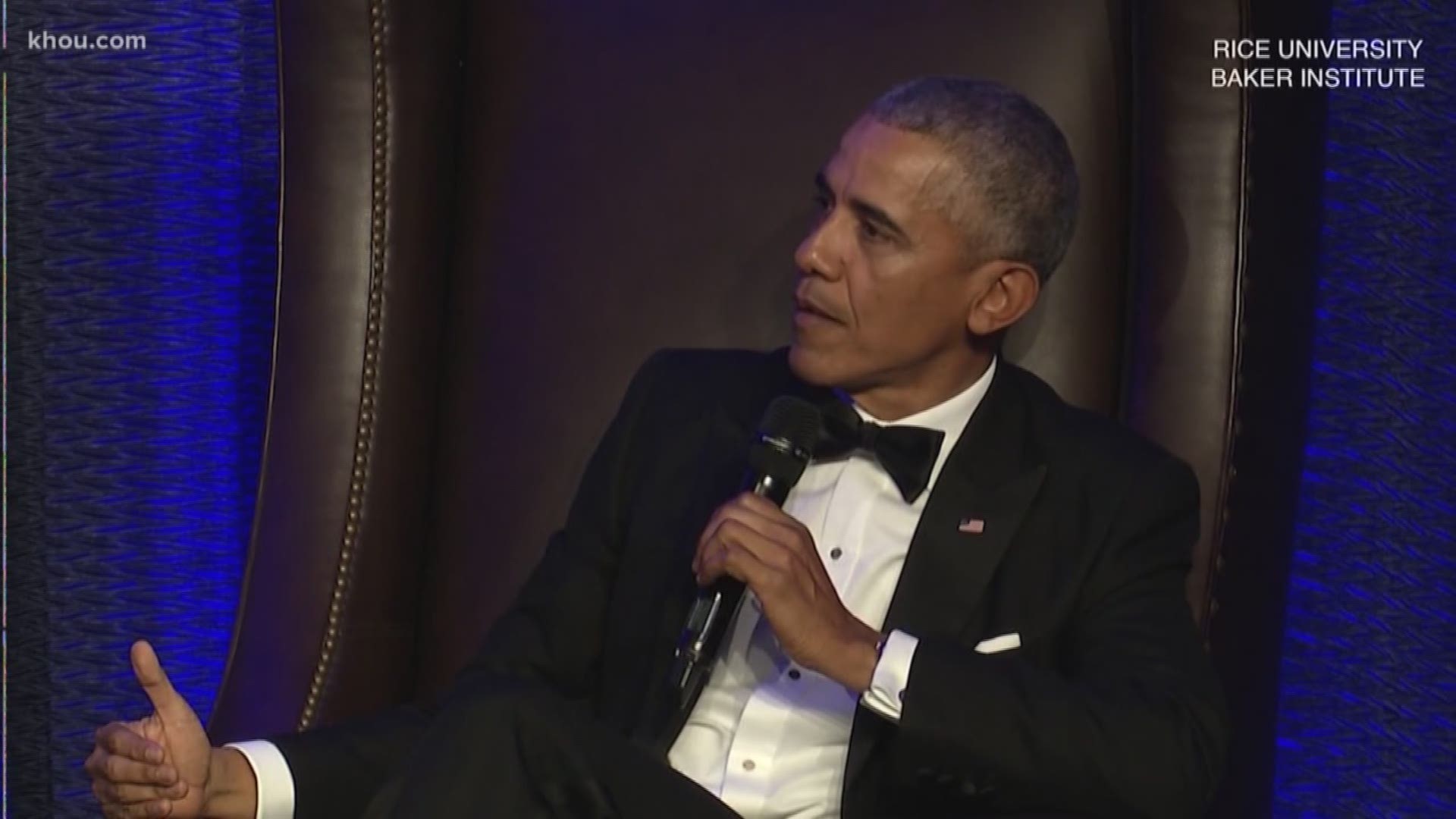 "Reaching across the aisle" was the driving theme for the discussion between Obama and former Secretary of State, James Baker III. The discussion worked to also address the need for more civility in our political and public discourse.

The two former politicians compared their administrations from both sides of the aisle and how the lack of bipartisanship is nothing new.

Whether it’s through gerrymandering districts or the growth of partisan media outlets, these two say Americans find it easier to divide.

Obama said it’s made worse when people feel their status is being threatened and they react. For civility to return, we must embrace our common interests for this country, Obama said.

While President Donald Trump was never mentioned by name, there were often jokes poking fun at the appearance of a dysfunctional White House.

Since its inception in 1993, the Baker Institute has now hosted every living former president of this country.