The listing on 4006 Timber Falls Court at first glance appears to have a humble façade, that is, until you walk up to welcome mat. 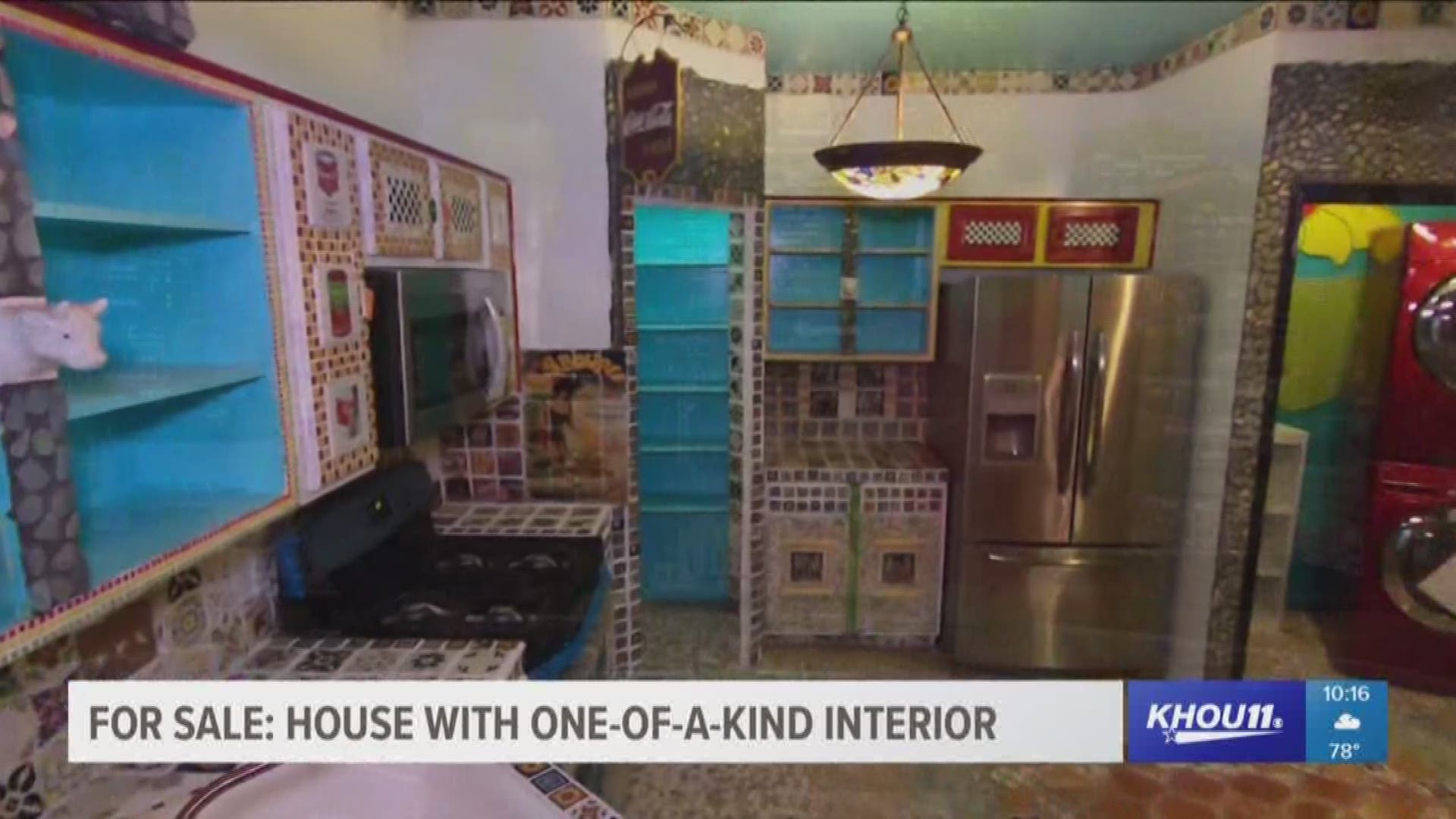 HOUSTON – Tiles fill the walls of a west Houston home being sold with 19 years of art included.

The listing on 4006 Timber Falls Court at first glance appears to have a humble façade, that is, until you walk up to welcome mat.

A cherry red door and lemon yellow doorknob is your first indication that whatever is behind the door, should be fun.

Needless to say, it didn’t disappoint.

Amy Kolflat is realtor for the property and our guide through the living, moving art exhibit she calls a home. Built in 1999, the original owner thought to turn every wall, not in HOA sight, into a canvas.

“She’s a business woman who was very conservative by day. She would come home and mosaic by night,” Kolflat said.

Nearly 20 years later, colorful tiles cover practically every inch of the 3-bedroom, 2.5-bathroom home with the idea that everything is meant to be touched.

The kitchen features paintings and an explosion of color from the glass beads embroidering the not-so-common wash room. The only other rooms with as much variety in texture are the bathrooms.

There you’ll find anything from fake zebra pelts to fake snake skin, sea shells and just about anything you can expect. If it wasn’t clear from the walk up the staircase, animals make their influence known in almost every piece, many of which have been glued into the walls, making them semi-permanent additions to the home.

As for any blank walls, you can thank previous realtors who were convinced the home needed to change to sell. Believe it or not, this is only half of what once was.

The homeowner began taking the advice of the realtors and pulled tiles off the bedroom walls, until Kolflat took the listing and convinced her otherwise.

“They told her it has to be gray or beige or white. That isn’t this house. This house is made with love and passion,” Kolflat said.

Known in Houston as the realtor to the artists, Kolflat herself has a personality that fits like a glove to this one-of-a-kind property. She’s a mainstay at Art Walk festivals with her car decked out in -- you guessed it -- zebra colors.

Kolflat says she takes great pride in preserving a property for a homeowner who is only selling because she’s moving out of state.

Priced at $179,900, the point is to find someone willing to take on the challenge and make this their own. A work of art, with one rule: There aren’t any.