A javelin-like piece of debris went flying off a monster truck and into the crowd during Sunday's show at NRG Stadium. 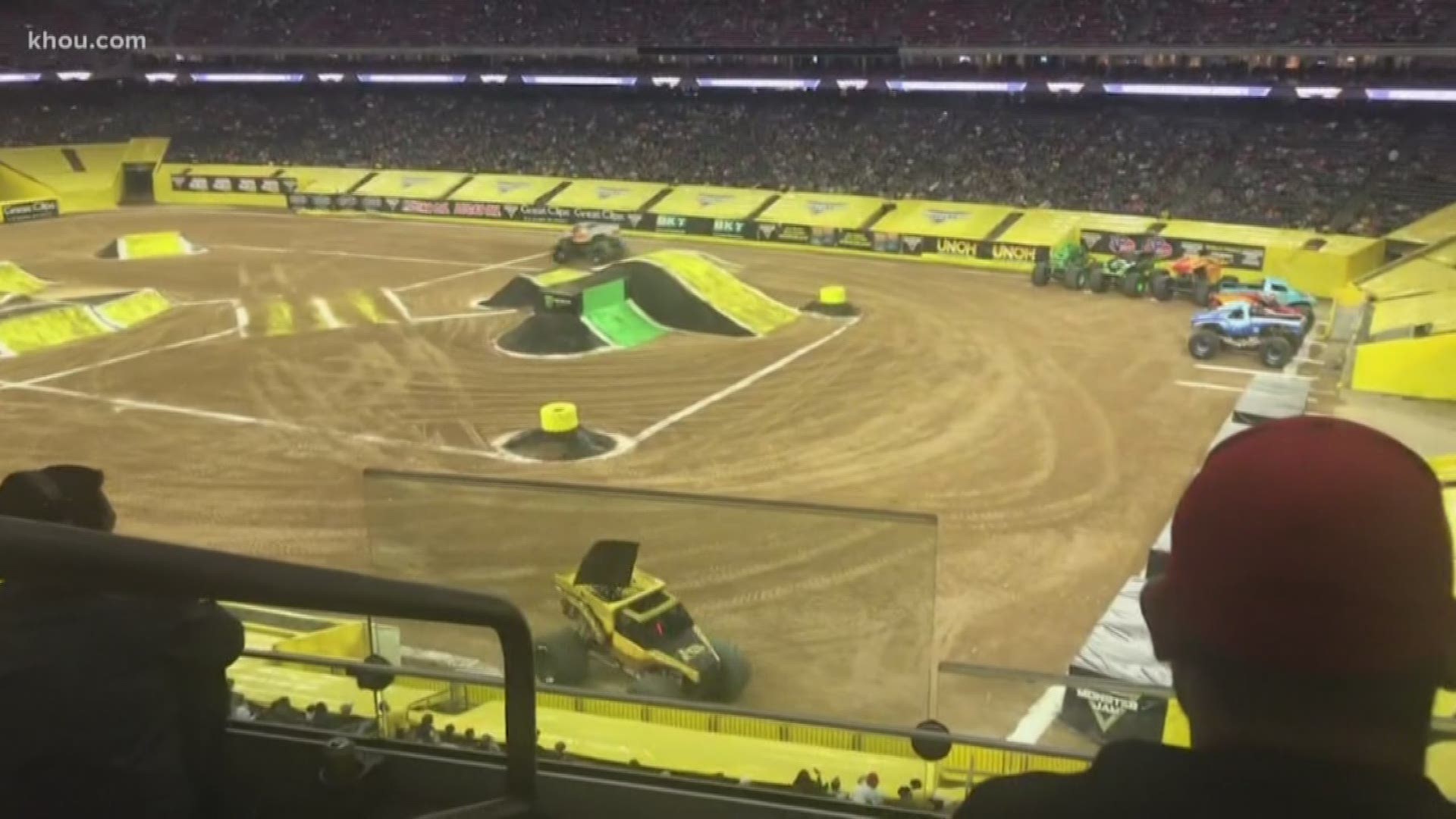 HOUSTON — There were scary moments this weekend at Monster Jam when a piece of debris went flying into the NRG Stadium crowd injuring a young girl and her parents.

The incident was caught on camera. Sergio Valdez saw it all unfold as he recorded on his cell phone.

The video shows two pieces of debris fly off the truck, but it's the javelin-like piece that ended up in the crowd.

"The bar that I saw fly out was long in length," Valdez said. "It could have been catastrophic."

Valdez hasn't missed Monster Jam in Houston in 15 years. He says he'd never seen anything like this before. Valdez saw the debris strike the young child and her parents.

"I saw her dad carry the child, and the mom was trying to console the child," Valdez said. "You could see where the little girl was crying."

"An incident occurred at Monster Jam in Houston, TX on Sunday, February 9, 2020. Medical attention was provided on-site to fans who requested it. We do not have additional information to provide at this time pending further review. The safety of our fans is always a priority, and our goal is to deliver a safe, enjoyable experience for them at the show."

"Even the smallest piece of metal could hurt someone or really cause some serious damage," Valdez said.

Valdez said he saw the child return to her seat with her parents with ice packs. He's hopeful no one's injuries were too serious.