Flyers left on sheriff's office vehicles did not have fentanyl

Field tests came back positive for fentanyl, a synthetic opioid that is deadly even in very tiny doses. But more accurate lab tests yielded no evidence of the drug. 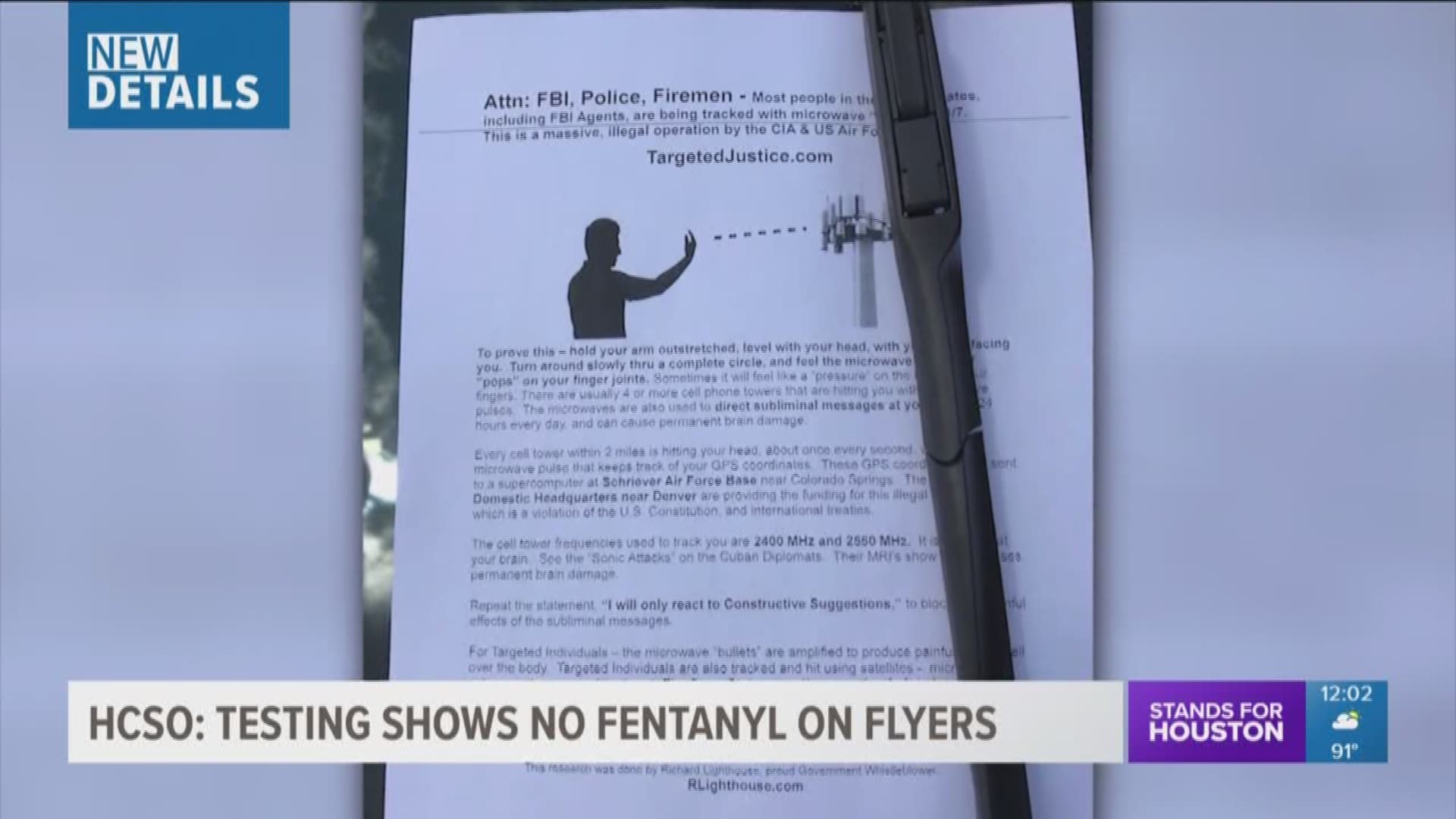 HOUSTON -- The Harris County Sheriff''s Office says flyers found on department vehicles earlier this week were not laced with fentanyl as previously feared.

Field tests at the time showed at least one of the flyers were laced with fentanyl, but later lab tests came back negative, authorities announced Friday.

A Harris County Precinct 5 deputy received medical treatment on Tuesday after coming into contact one of the flyers. The flyer was one of many placed on deputies’ vehicles around 1 p.m. outside of their station in the 600 block of Lockwood, according to the Harris County Sheriff’s Office.

A Harris County Precinct 5 deputy received medical treatment after coming into contact with a flyer that tested positive the opioid Fentanyl.

The sheriff said the deputy found the flyer on her unmarked car and removed it without giving it a thought. As she drove away, she started to feel light-headed and experiencing other symptoms. She was alert as she was treated.

Field tests came back positive for fentanyl, a synthetic opioid that is deadly even in very tiny doses.

But more accurate lab tests yielded no evidence of the drug.

"Final results of all testing were provided to the Harris County Sheriff’s Office on Friday morning. In addition to testing the 13 flyers, the HCIFS also tested clothing items, and blood and urine samples collected from a Sheriff’s Office sergeant who reported symptoms consistent with Fentanyl exposure. Those tests also were negative for the drug," the sheriff's office stated Friday.

"Now that the Harris County Institute of Forensic Sciences has completed all testing, the Sheriff’s Office is following up with the public and other law enforcement agencies with the results. The Sheriff’s Office is also working to verify that deputies have access to the most reliable field testing kits available."