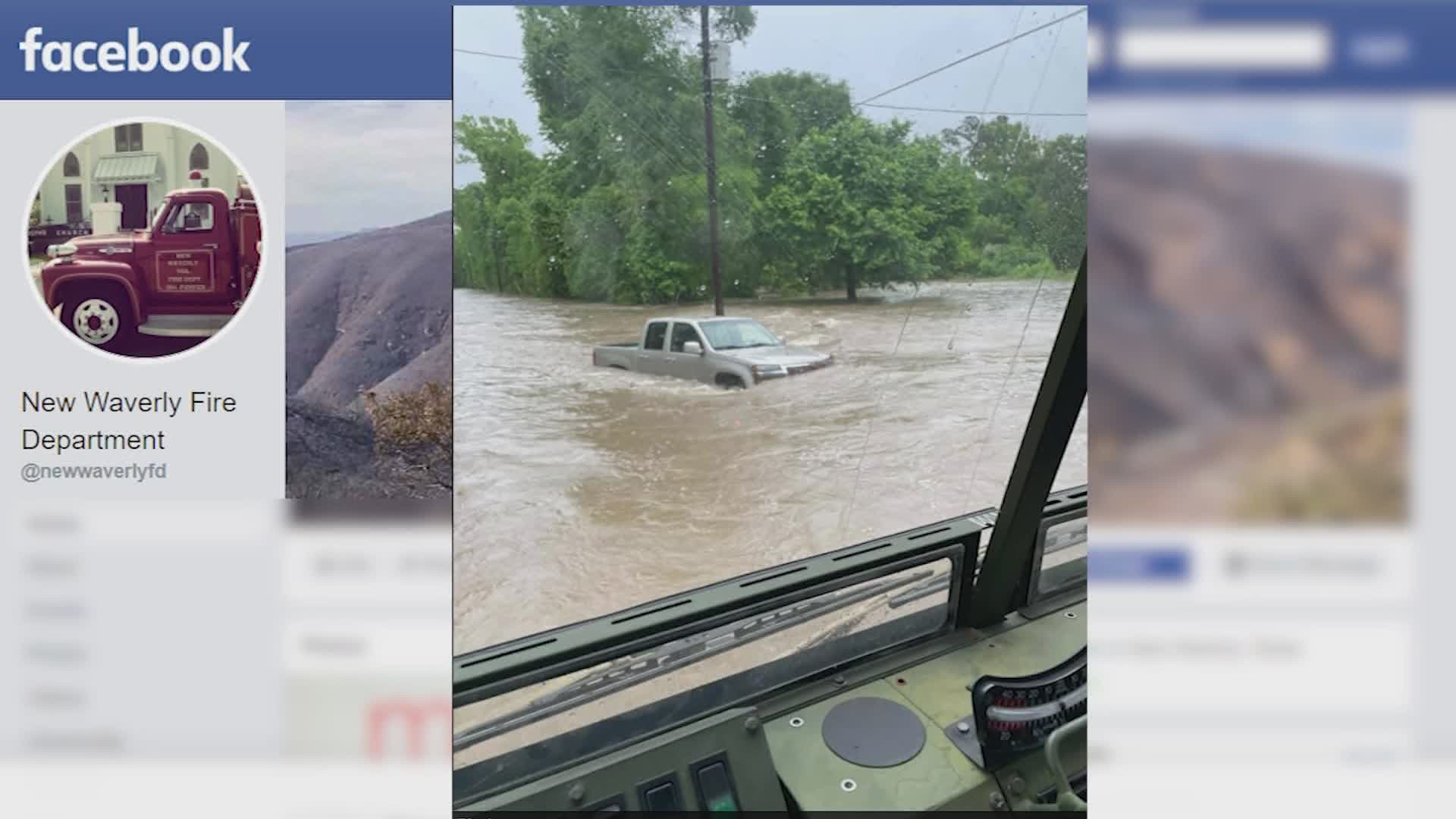 Firefighters used rescue boats and high-water vehicles to pull drivers from their flooded cars and evacuate neighborhoods underwater, including the area around Gourd Creek northeast of town.

Neighbors told KHOU 11 water got up to a foot-and-a-half in some homes and knocked down fences holding livestock.

However, some people whose homes flooded blamed more than just the heavy rain. They also said pallets belonging to a local utility blocked water from draining.

“When we walked down there, the pallets were pinned up against the culvert,” said Teresa Mazyn. “So, the water had nowhere to go but over the culvert, onto the streets and our backyards.”

“We’d like for them to contact us so that we can start some type of recuperation because, like I said, we lost four homes out here that now have flood damage,” said Karen Cook. “My sister-in-law lost her vehicle.”

Mazyn said water started draining as soon as crews came back later to remove the pallets.

Firefighters wouldn’t comment on what role those pallets played in flooding but did say no one was hurt.