A City of Dallas truck was at the scene trying to drain the water from the flooded areas. 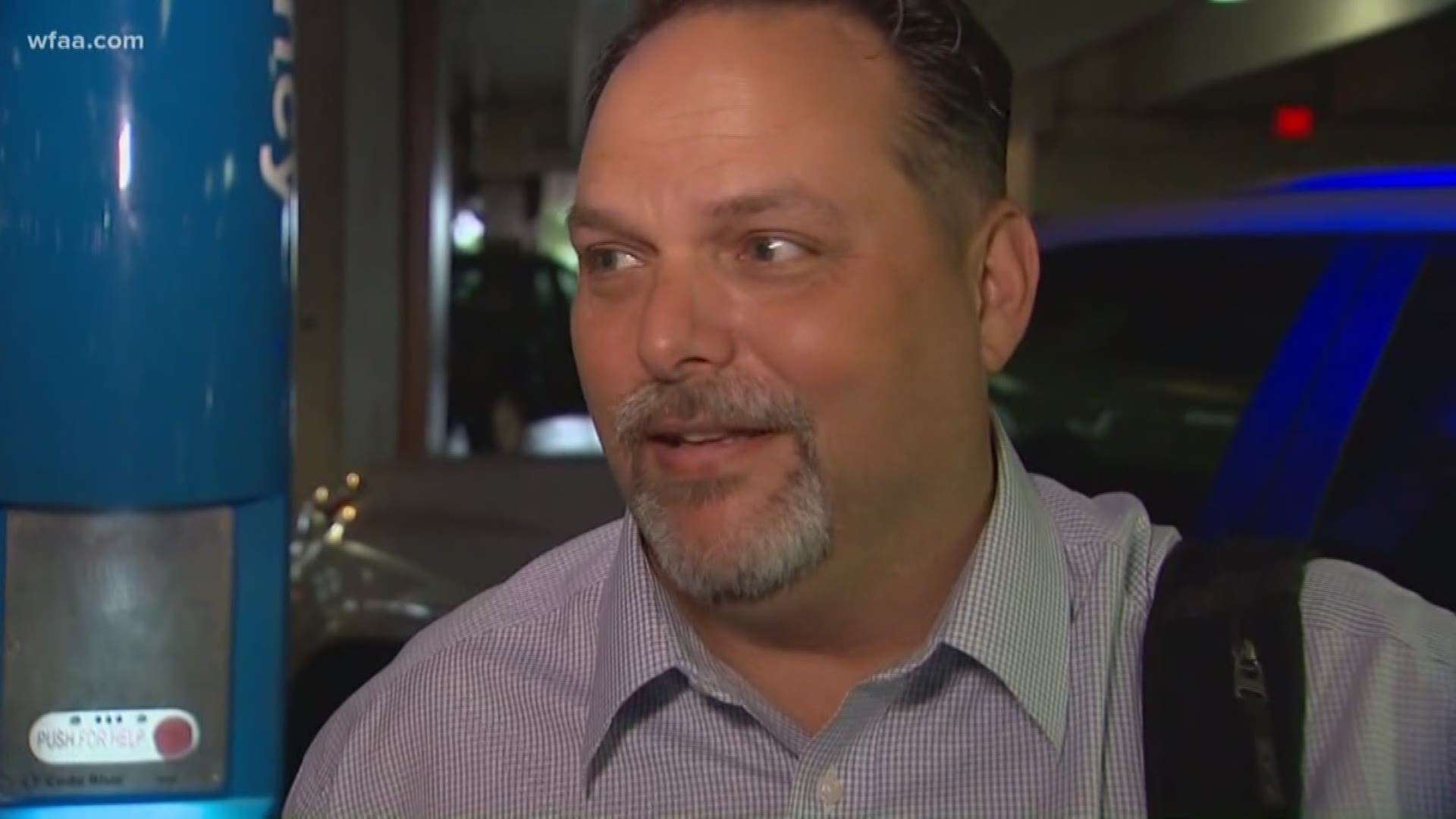 DALLAS — After North Texas experienced heavy all-night rain, flooding issues at Dallas Love Field's parking garage caused at least a dozen vehicles to be submerged in water and "about 75" vehicles damaged in total, according to a statement from the airport.

Love Field now has plate numbers and descriptions of cars impacted so traveling passengers can call and inquire about their vehicle.

WFAA was told Wednesday that passengers are responsible for removing their damaged vehicles too.

At least a dozen cars parked at its lower level ground parking at Garage A had water up to the roofs of the vehicles.

The airport said overflow water from Herb Kelleher Way flowed into the lower and ground level of Garage A. An official said that the airport's stormwater outflow that runs into the Trinity River was either overwhelmed or blocked.

Other vehicles in the garage were seen sloshing through inches of water after the all-night rain.

Dallas Love Field closed its lower level traffic and directed other forms of ground transportation to the upper-level pickup while crews drained Garage A. Travelers were rerouted to park at Garage C or B.

A Love Field official said the lower level parking in Garage A will be closed until further notice.

Airport terminals were not affected by the flooding, but a number of passengers arrived at Love Field to learn that the space they chose for parking was extremely unlucky.

His Mercedes SUV was submerged in water up to its roof.

"I heard about the flooding on the flight, and when I got here there it was," McGeoch said. "There was debris on top of the roof. Not the best day."

On a FaceTime call with WFAA in the basement of Garage A,  Donna and Cameron Scheel's worst fears were confirmed: their Lincoln SUV with less than 20,000 miles on it was consumed by floodwaters.

"That's my car!" Donna Scheel said over the phone.

Scheel and her husband, who is a Southwest Pilot and Air Force veteran, are vacationing in Tennessee right now.

They left Love Field on Monday and heard about the flooding this morning.

"When we got to the gate my husband said, 'I got a great parking space!' But didn't turn out that way," Scheel said with a laugh.

"Both of us have been on the phone all day trying to figure out what's going on with our vehicle."

Some actually got lucky and were able to drive their vehicles away.

Curtis Wall returned from a business trip to Fort Lauderdale Wednesday and found that his 2002 Dodge Ram only had minimal flood damage to the flooring.

He was able to start the engine after checking it for water damage.

"It's pretty wet up where the front passenger seat is," Wall said.

Wall is thankful because he planned on giving the truck to his son soon.

"It means more than the value of the truck," he said. "What are the odds you find the first available parking space, and when you do it is the one that floods?"

Another big question surrounding this situation, who pays for damages?

The parking garage is owned by the City of Dallas but is operated by a third party contractor.

Love Field is encouraging passengers to file claims through their own insurance carriers and to file a claim with the City of Dallas' Office of Risk Management.

Two civil attorneys told WFAA that anyone impacted is going to see best results by going through their own insurance.

They added that sovereign immunity may protect the city from being liable in this situation and that most attorneys won't even consider litigation involving property loss against a municipality.

Suing the third party contractor may not be fruitful either, those attorneys said, concluding that it would just pass the blame onto the city.

1 / 19
WFAA
April 24, 2019: Heavy rainfall floods Dallas Love Field parking garage. Cars left in the water as high as the roofs of their cars.