'It's people helping people' | Nearly 60 rescued from flooding in Huffman 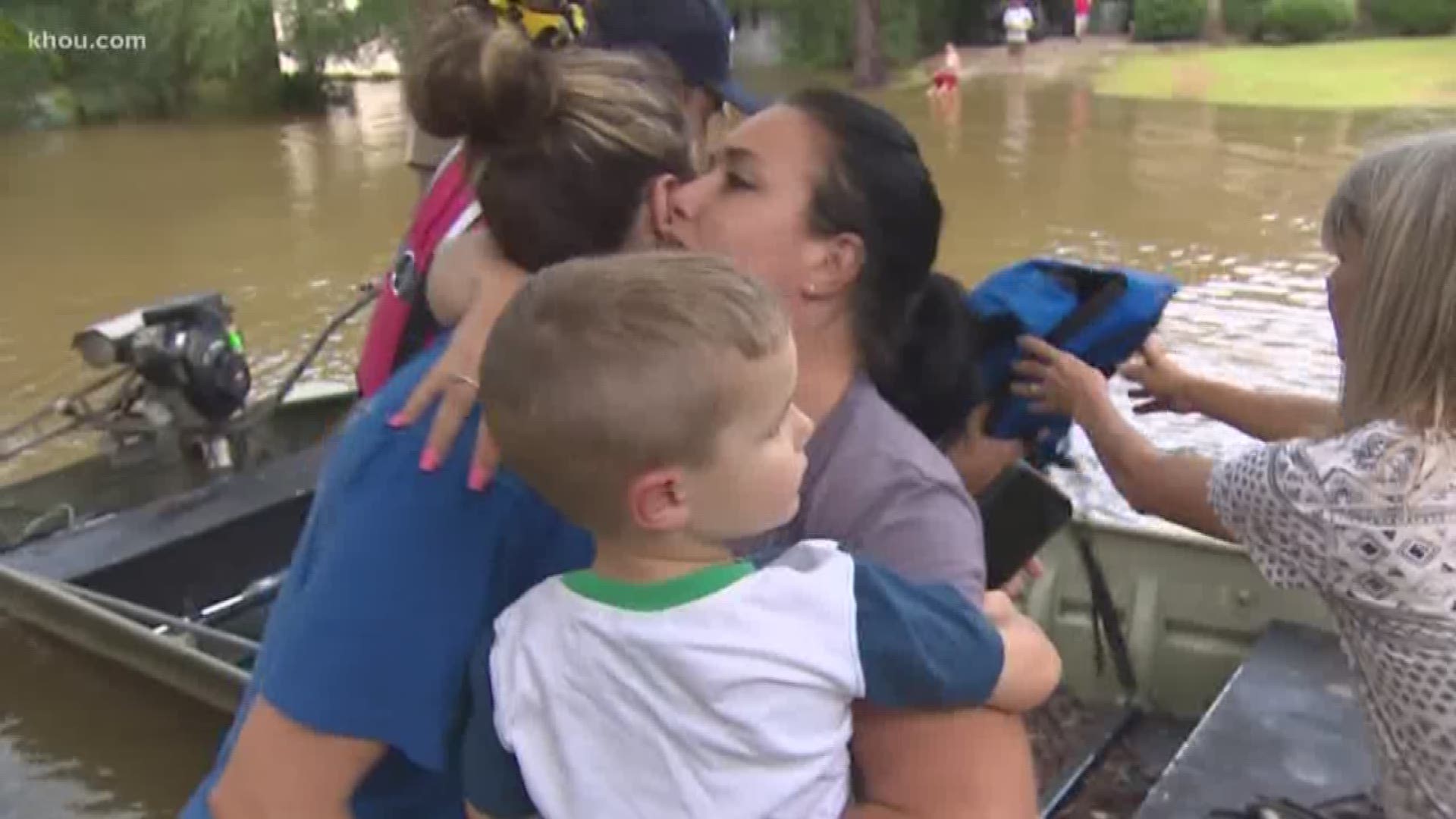 Views from Air 11 showed cars driving through floodwaters, dozens of flooded homes and an RV tipped over on its side.

Neighbors put their boats in the water around 6 a.m., shuttling back and forth to help people get out of their homes.

”I came down initially to get my daughter out, and once I got started, you can’t just leave people," said Mark Perkins, who was using his boat to survey the flooded streets. You've just got to help out and do what you can."

Perkins and others said families lost homes and belongings in this same neighborhood in Hurricane Harvey.

”We’ve done this before in Harvey, and it was better than then because it wasn’t up as high," said a woman named Erika who was rescued by first responders .”We really didn’t think it was going to happen again. We were incredulous.”

Boat teams battled currents, forming just feet from mailboxes, as well as depths of nearly 16 feet in some isolated spots.

"It’s been posing a challenge for some boats to get across that current," said Sgt. Albert Ashworth with the Harris County Sheriff's Office. ”It’s people helping people."

Jacquelin Callahan, who lives in the neighborhood, shared photos and video as floodwaters still covered the streets. She said people are “flooded in and water is still rising.”

Some people chose not to leave, not wanting to part with personal possessions or their homes.

“The state of Texas is working closely with local officials and emergency personnel to provide the resources they need to keep Texans safe from Tropical Storm Imelda,” Abbott said Thursday.

The Harris County Flood Control District said Luce Bayou crested Friday and appears to be slowly receding. Meteorologist Jeff Lindner said it should be back in its banks in a day or two.