The Cy-Fair Fire Department pioneered the design of a retrofitted military truck to rescue stranded people, and now other departments, including HFD, are using them. 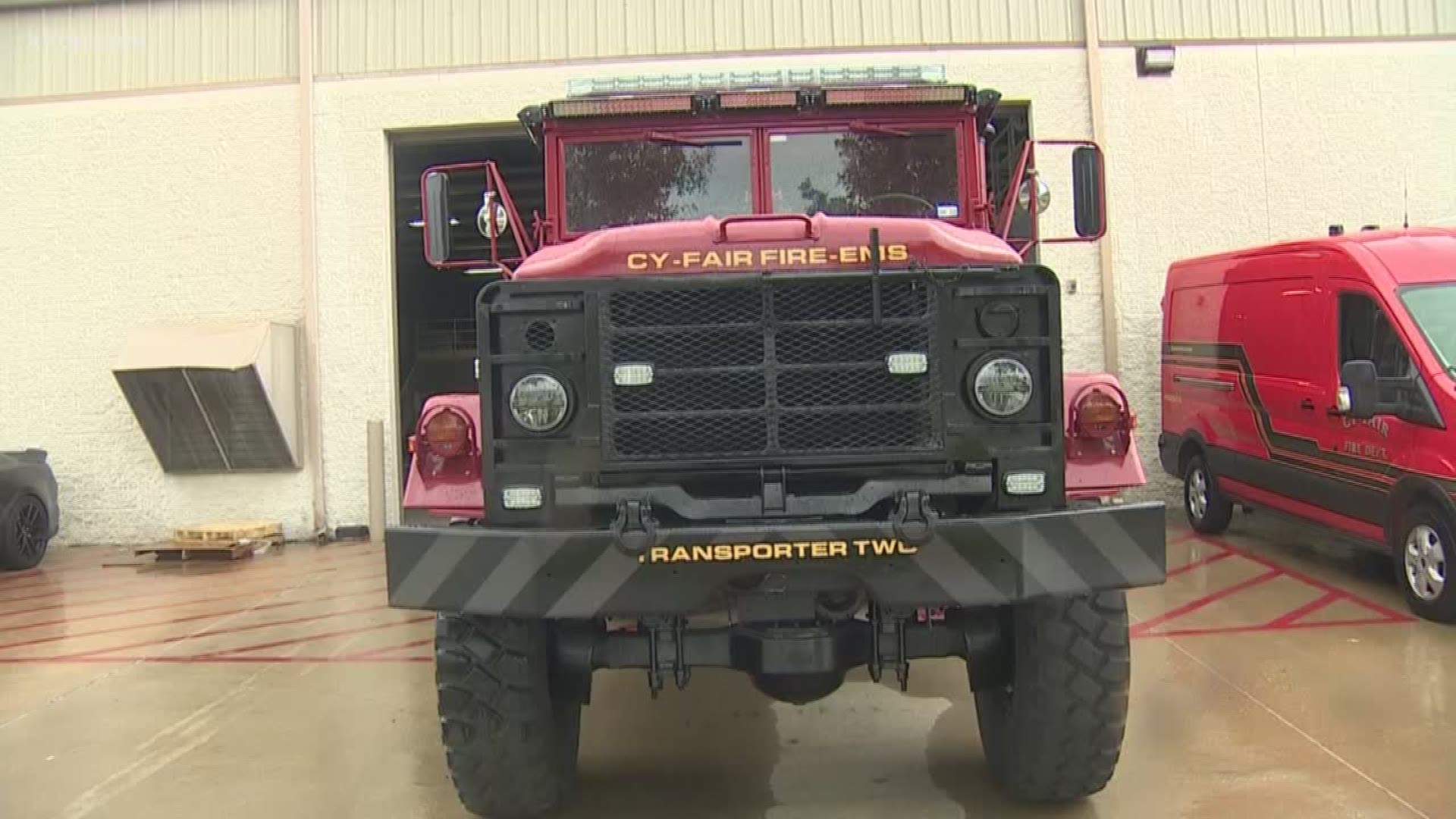 CYPRESS, Texas — With flooding in southeast Texas expected from Tropical Depression Imelda, firefighters and other first responders are preparing for high-water rescues with the help of tools they have adapted since Hurricane Harvey.

”We are going to flood. We’ve been flooding for years and years and years," said Captain Chris Garcia, Rescue Coordinator with the Cy-Fair Fire Department.

Just three inches of water can sweep a car away. Follow the motto: "Turn Around. Don't Drown."

”It’s deeper than you think. You will stall out these cars. These cars are not designed to go into water," said Capt. Garcia.

One tip: look for the curb. Garcia agreed that if water is covering the curb, that road is likely not safe to drive down.

RELATED: MAPS: Steer clear of these flood-prone spots in Houston

Garcia said his department pioneered the design of a re-outfitted military surplus vehicle. It has a hydraulic lift gate to help evacuate people who cannot walk, and ladders that help stranded people climb out of chest-high water.

They ordered one after the Tax Day floods in 2015.

"It was necessary," said Garcia.

He said these trucks helped dozens of people in Hurricane Harvey, so they re-designed it and ordered two more. The Houston Fire Department's new Water Strike Team uses similar vehicles.

It also comes equipped with USB ports for rescued people to charge cellphones so they can contact loved ones.

Still, Garcia is pleading with drivers to be smart with flooding expected all over southeast Texas.

”Is it necessary to put our rescuers in harm’s way because somebody made a mistake or somebody thought they could do something better?" said Garcia.