'It is what it is' | Five days after Hurricane Nicholas, hundreds are still without power 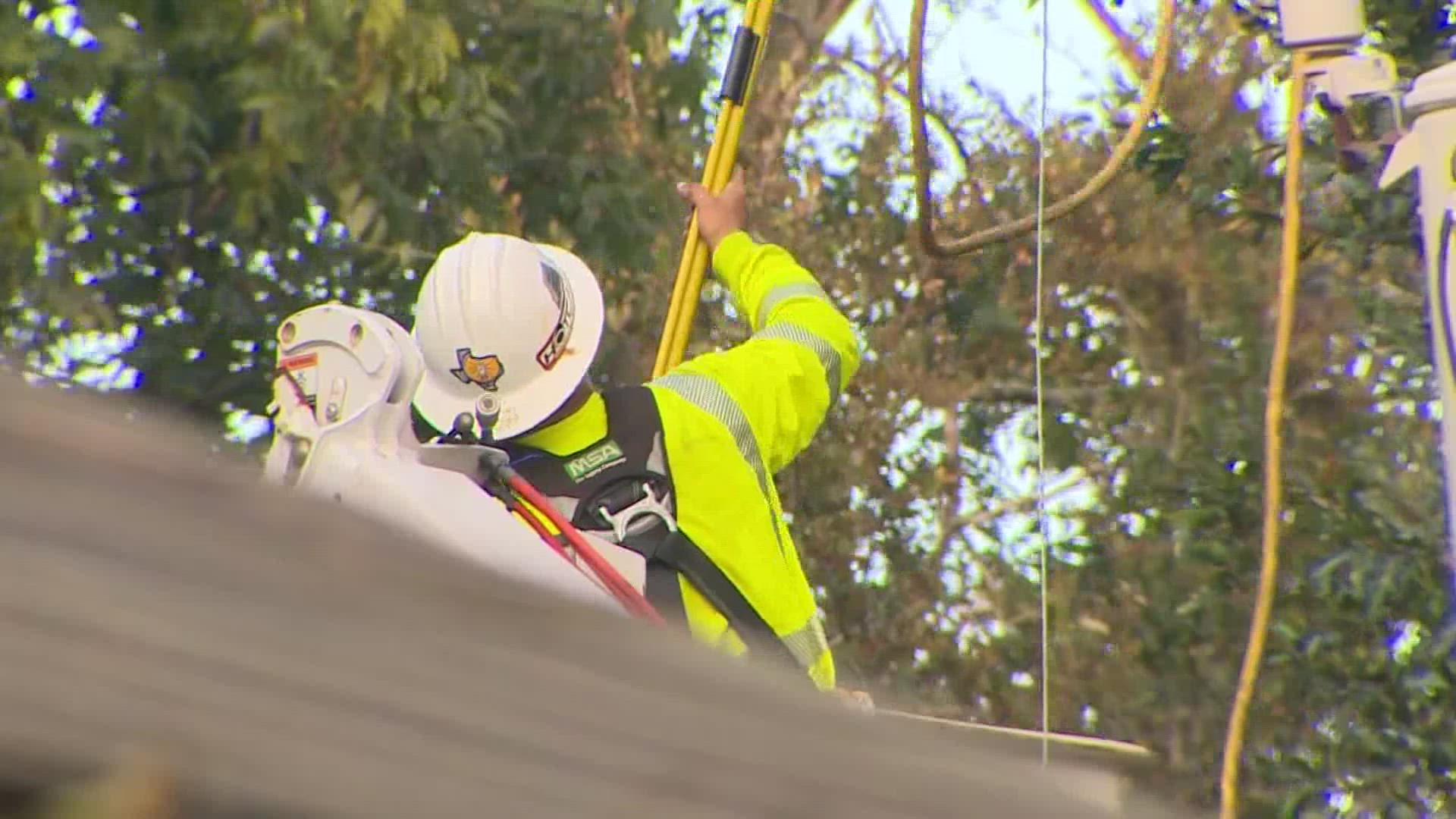 ANGLETON, Texas — Hundreds of people were still without power Saturday, five days after Hurricane Nicholas. Many of those outages are down in Brazoria County.

An entire street was lined with limbs, a common sight in and around the city of Angleton.

“We had some limbs fall down, some brush, but for the most part, we’re doing pretty good. It’s like camping," Linda Englert said.

And in many homes, the after effects of Hurricane Nicholas were still hard to ignore.

Linda and David Englert are few of the lucky ones. They don’t have power, but can still sleep in the AC in their RV out back.

“The RV with the gas generator. It runs all night long. Keeps us nice and cool," David Englert said.

But Monica Stanford hasn’t been so lucky.

“It's hot, kind of miserable, but we’re just making the best of it," Stanford said.

She said the misery could stick around a few more days.

“They’re saying Tuesday, but they’re on the street, so it looks like it’s going to be pretty soon," Stanford said.

It’s clear that crews were working hard. First, they're clearing the limbs that took the lines down, and then they're working in people's backyards to get them back up.

And the neighbors are noticing.

“They're working on it. They’re working really hard. All of the different tree companies and power companies, they’re out here all over the lines trying to get it. We really appreciate it," David Englert said.

As for the outages, they’re just taking it day by day.

“You can’t change it. It is what it is," Linda Englert said.

“That’s what you get for living on the Gulf Coast," Stanford said.