4th of July firework shows, festivals in the Houston area

From Galveston to The Woodlands, this year's Independence Day celebrations are expected to be big and bright. 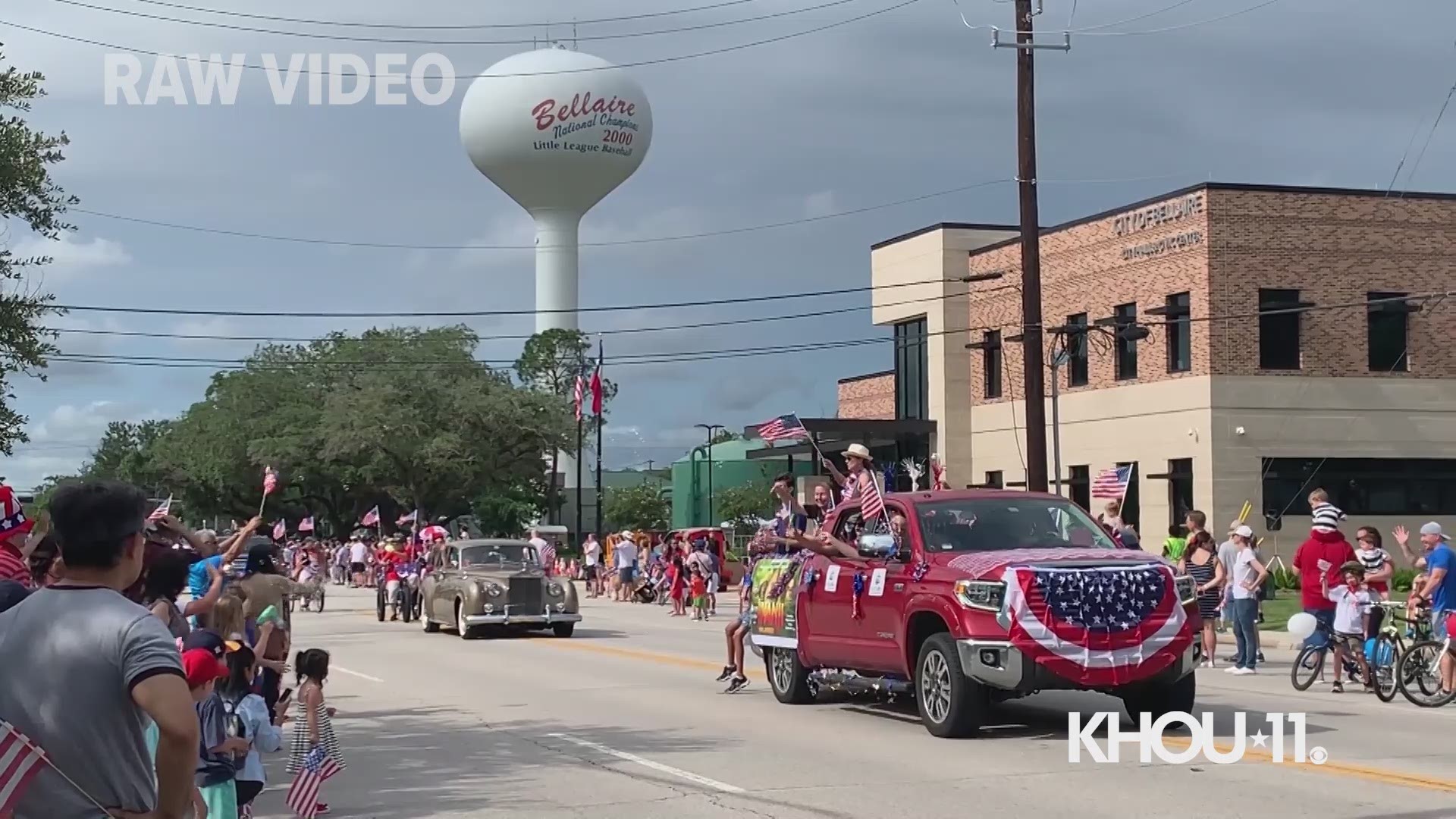 Fireworks, festivals and parades return this Fourth of July with gusto as pandemic restrictions continue to ease — bringing a whole new meaning to the phrase "let freedom ring" in 2021.

Throughout Houston and the surrounding areas, families are loading up the van and packing ice chests as they head out for a night of live entertainment and spectacular fireworks shows.

Most of the large-scale events are back although some with minor tweaks to ensure public safety, such as extra attention to sanitation and crowd control.

From Galveston to The Woodlands, here is a list of Fourth of July firework shows and other celebrations this year.

The city of Houston's Freedom Over Texas celebration will include a fireworks show visible around the city.

Lee Brice will be joined with acts from other artists, including platinum-selling recording artist Jimmie Allen, Brian Jack and the Zydeco Gamblers and Alanis Sophia, a 2019 contestant on "American Idol."

The festival portion is delayed until next year. MORE DETAILS.

WHERE: Sam Houston Park and Eleanor Tinsley Park are among the top recommended watch spots for the fireworks show. Concert will be televised.

Baytown 4th of July Celebration will feature live entertainment and an Independence Day parade. The night will include performances from the Journey tribute band Eclipse and the headliners on the Roots and Boots Tour featuring Sammy Kershaw, Collin Raye and Aaron Tippin. MORE DETAILS.

The City of Deer Park is inviting residents to a night of music, food and fireworks during its annual 4th Fest. OMG will perform outdoors on the stage from 7:00 pm - 9:15 pm. It's free to the public. MORE DETAILS.

The City of Friendswood is hosting its 126th annual Past, Present and Future 4th of July celebration. It's a free, two-day affair that includes festivals, fireworks and a parade. MORE DETAILS.

The Grand Parade will march down Friendswood Drive, between Heritage Drive and Stevenson Park on Monday, July 5 at 10 a.m.

It starts with a Fourth of July parade and ends with a fireworks show.

The City of Galveston said the parade, which is sponsored by Marine Corps League, will begin on Seawall Boulevard at 59th Street and proceed east to 27th Street. Fireworks will follow at 37th Street and Seawall, officials said. MORE DETAILS.

WHERE: Seawall Boulevard between 59th Street and 27th Street

While there will be no day-time event this year, the City of Katy will be holding its annual Freedom Celebration Firework Show at Katy Mills Mall.  MORE DETAILS

Also, the City of Katy is partnering with Typhoon Texas for Red, White and Boom' 4th of July Festival. It's three days of fireworks, Friday, July 2; Saturday, July 3; and Sunday, July 4, all at 9 p.m.  Best viewing is from inside the park or at Katy Mills Mall. MORE DETAILS

Kemah Boardwalk will be celebrating Independence Day with an evening of live music and a patriotic fireworks show over Galveston Bay.  MORE DETAILS.

UPDATE: THIS EVENT HAS BEEN CANCELED DUE TO WEATHER

The Kingwood July 4th Festival and Fireworks celebration which was scheduled for Sunday has been canceled due to weather.   MORE DETAILS.

City Centre is hosting an Independence Day celebration featuring live music, mostly pop and country, and ending with a 15-minute fireworks show. Parking will be $10, cash only, in all CITYCENTRE garages beginning at 4 p.m. MORE DETAILS.

WHERE: City Centre at 800 Town and Country Blvd.

You can celebrate in Pasadena with Fireworks at the Fairgrounds. Admission is free. Parking is first come, first served, so bring your own lawn chair. There will be food trucks on site with food and beverages for purchase. MORE DETAILS.

The City of Pearland has invited the community to its Celebration of Freedom, which will include live music, food trucks, activities, giveaways and a fireworks show. MORE DETAILS.

Pets are not allowed at this event, with the exception of service animals. Outside food and drinks, including alcohol, are allowed.

WHERE: Independence Park at 3449 Pearland Pkwy.

UPDATE: Due to lightning, there will not be any on-site activities at the Crown Festival Park. Fireworks will go on as scheduled at 9 p.m. They can be seen from the University of Houston - Sugar Land or Smart Financial Centre parking lots. The Brazos River Park remains closed.  FULL DETAILS

The City of Sugar Land is inviting residents to its "Red, White and Boom" celebration. The event will have plenty of photo opportunities, vendor booths and a mains stage showcasing a variety of local talent. There will also be food, drinks — and of course, fireworks!

The event is free and open to the public. There are no tickers required, but the number of people who can attend is limited so the city is asking people to arrive early to secure a space. MORE DETAILS.

WHERE: The Crown Festival Park at 18355 Southwest Freeway.

The 24th annual Red, Hot & Blue Festival and Fireworks event will have food, activities and live music at five different parks in The Woodlands area. It all ends with an 18-minute fireworks show. MORE DETAILS.

Families can take part at the following

The Fireworks Extravaganza includes multiple launch site to ensure everyone gets a view of the show from all locations.

WHERE: Business 249 North of Four Corners at 28000 Tomball Parkway

WHEN: Gates open at 6 p.m. Fireworks at dusk.

Do you know of another Fourth of July celebration?  Email us at web@khou.com and we'll add.  Make sure to include a link to the event. 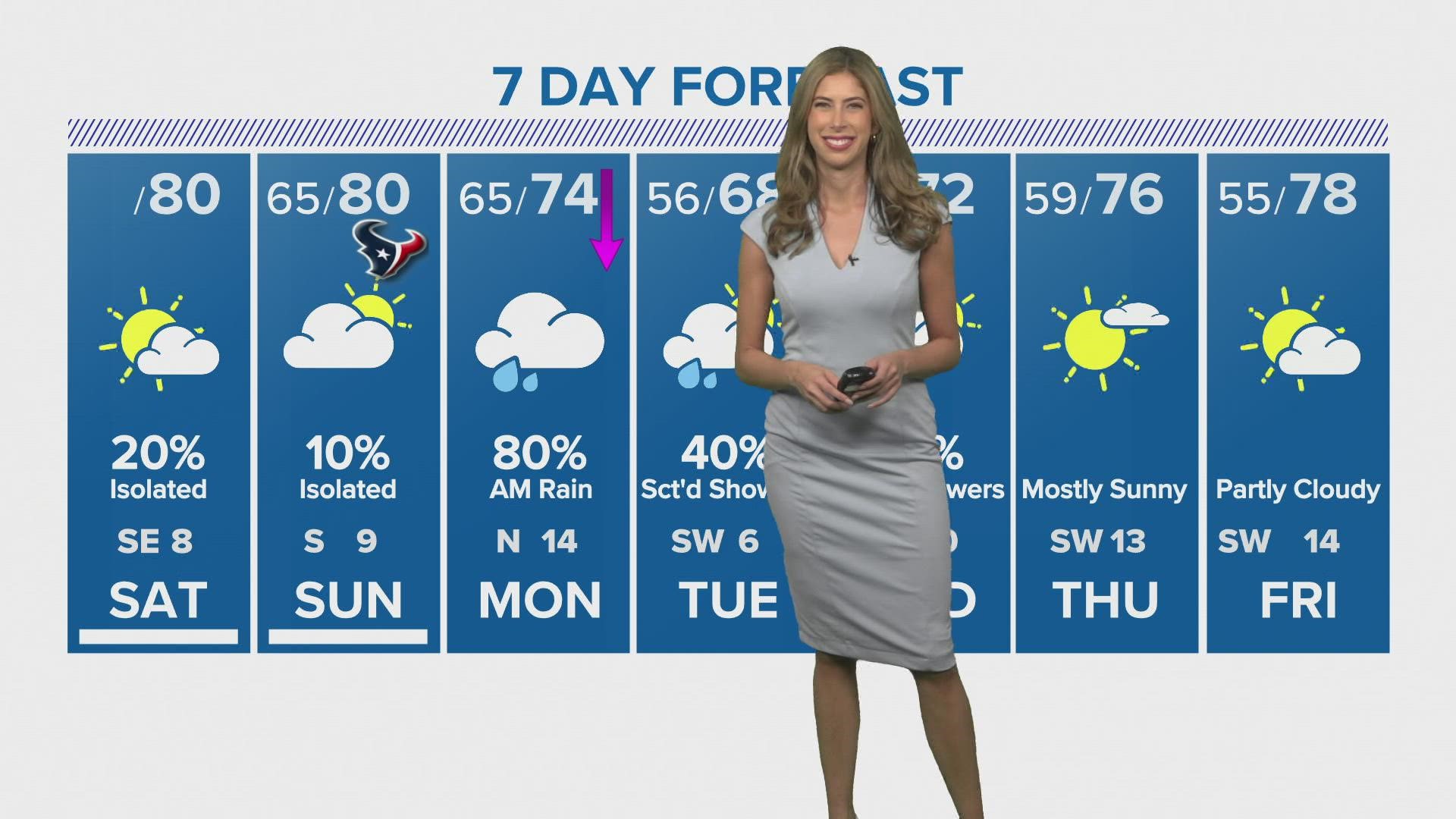