The department says they have got upwards of 150 firefighters out here battling the blaze. 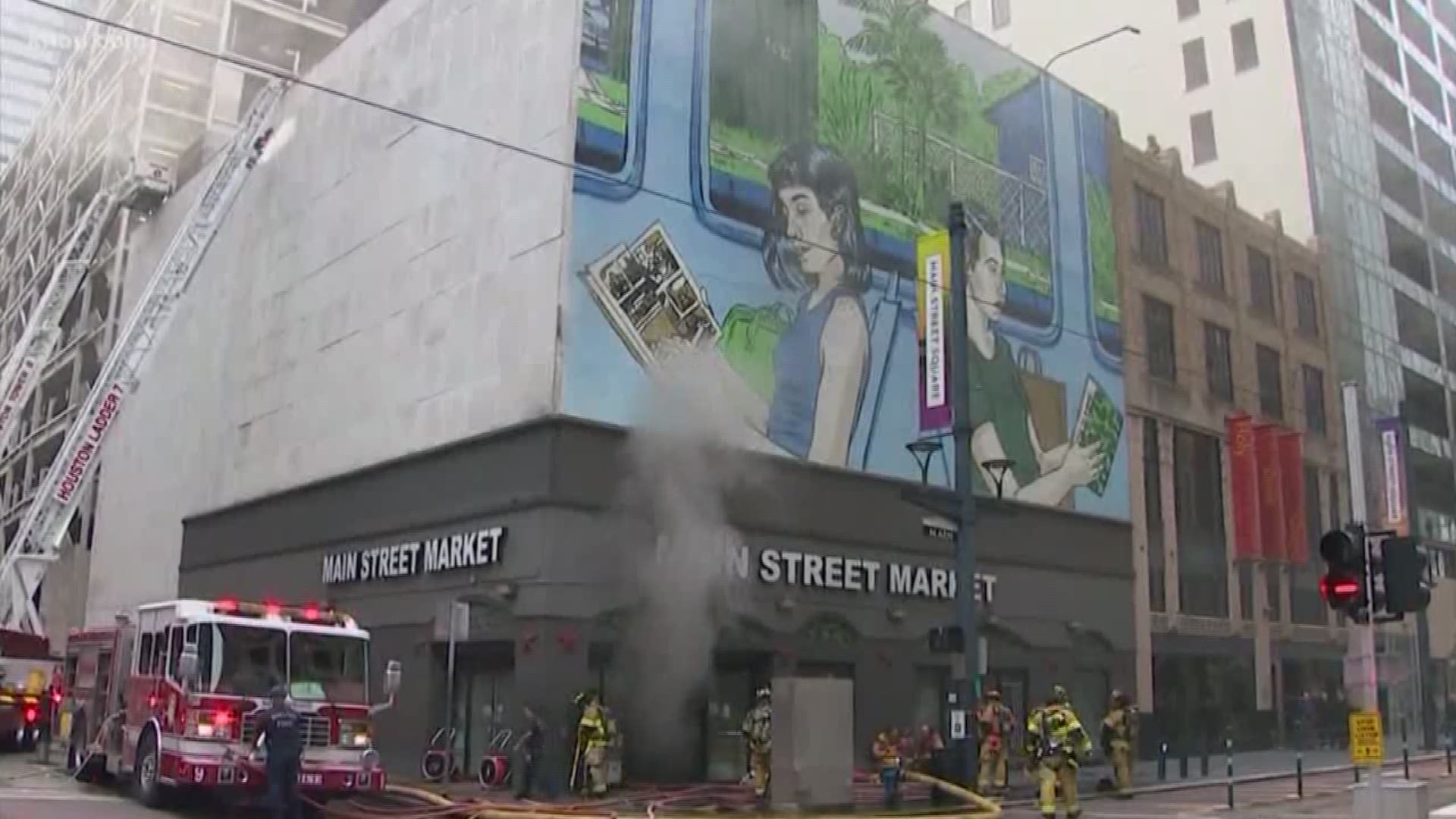 One firefighter was transported to a local hospital, but his injuries have not been released. His family has been notified.

This started just after 8 a.m.in the 900 block of Main Street right in the middle of downtown.

The investigation into the fire is also impacting METRO service in the area.

Officials say a portion of METRORail's Red Line will remain closed through the Friday morning commute.

The investigation into the fire requires METRO to run shuttle buses from the Burnett Transit Center to the Downtown Transit Center.

Bus routes in the downtown area may also experience delays and potential detours. Riders should expect service impacts until the HFD determines the area is safe and full service can resume.

On Thursday morning, firefighters say they went into defensive mode in battling the fire and have pulled all of their crews out of the building. Visibility was an issue inside of the building.

The department says they had got upwards of 150 firefighters out here battling the blaze.

Fire officials say they are flooding the basement right now and working with CenterPoint because it’s still electrified down there. They are considering shutting off the grid.

Their main focus is preventing it from spreading to the nearby buildings.

People are asked to avoid the area.