More than a dozen residents were displaced after eight units were damaged in the fire on Sunday. 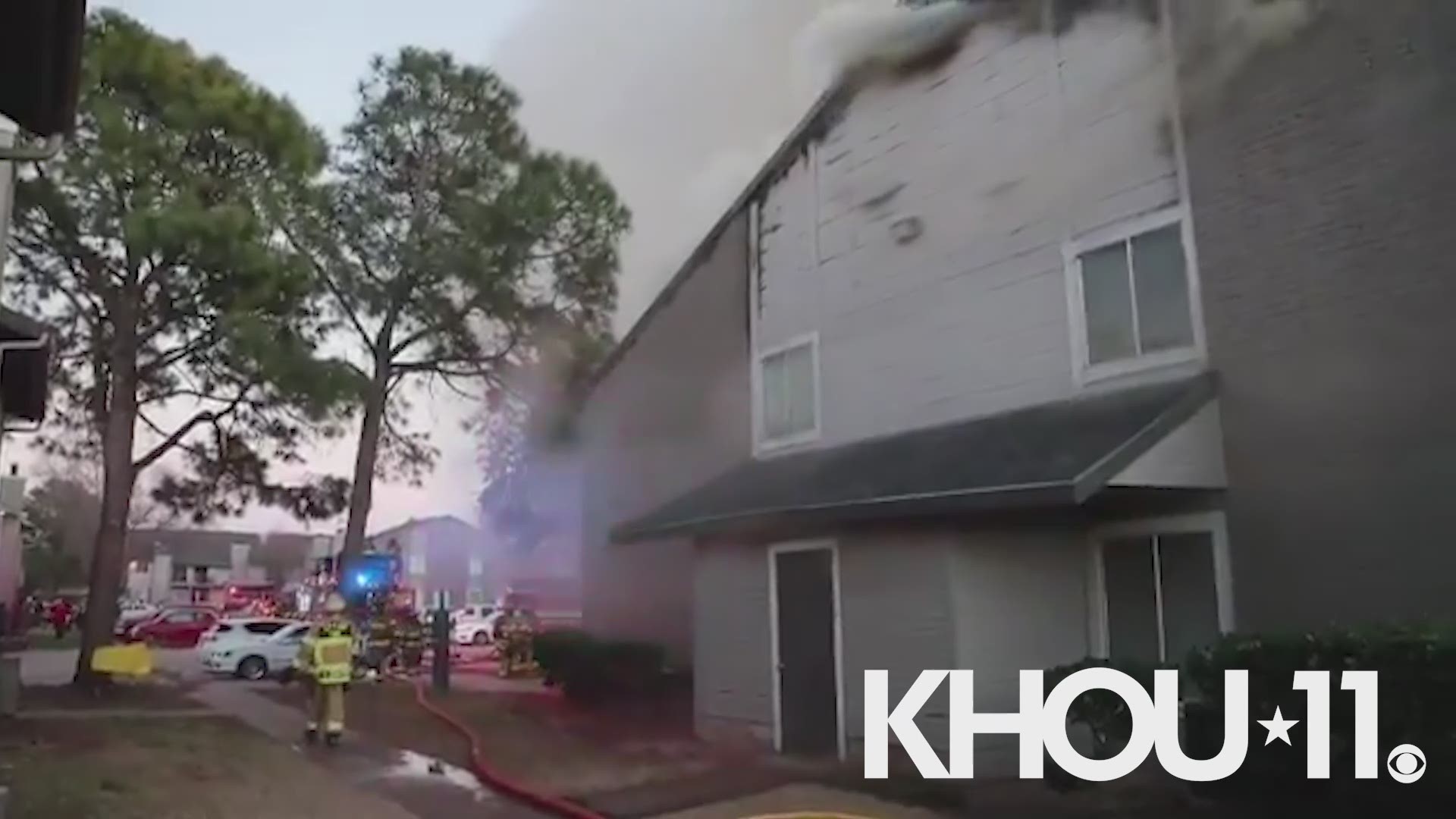 HARRIS COUNTY, Texas — A firefighter was injured and two adults were treated for smoke inhalation Sunday after a fire broke out at an apartment complex in northwest Harris County.

Authorities said the two-alarm fire started at a complex in the 6400 block of York Meadows Drive, which is near the intersection of Little York and Highway 6.

Crews reported smoke coming from the room when they arrived. Eight units were damaged. Seven of them were occupied. Thirteen people were displaced.

The Harris County Fire Marshals Office is investigating the cause of the fire and the American Red Cross is offering assistance to the displaced residents.

1 Firefighter was injured after a fall and was evaluated on-scene.

8 apt. units were affected. The @RedCrossTXGC is assisting displaced residents.