Hazmat crews monitored the air quality in the area, but no evacuations or other orders were necessary for the surrounding community. 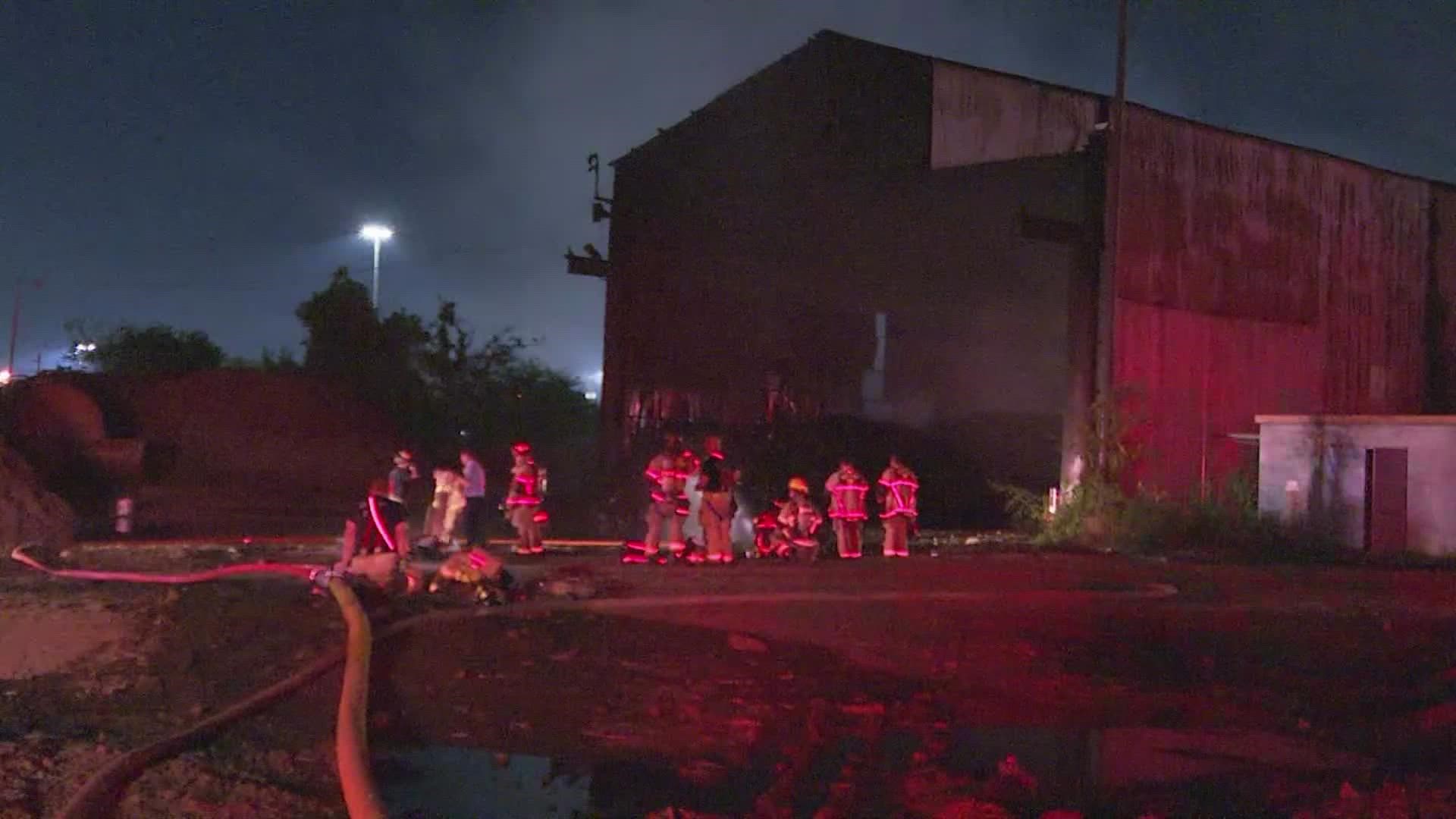 HOUSTON — Arson investigators are looking into the cause of a fire at a recycling facility in east Houston late Tuesday.

The fire was reported at Derichebourg Recycling USA along Wallisville Road near Wayside Drive at about 10:15 p.m.

When it first broke out, plumes of smoke and an orange glow could be seen in the sky.

Houston firefighters arrived within minutes, but they said they had trouble getting access to the facility and to the water supply. They had to run about a thousand feet of hose to get water on the fire.

It’s believed most of the material in the area that burned was scrap metal.

HFD hazmat crews monitored the air quality but did not find any reason for alarm in the surrounding community.