There is no shelter in place reported at this time, and the Pasadena Fire Marshal's Office says the fire is no longer active. 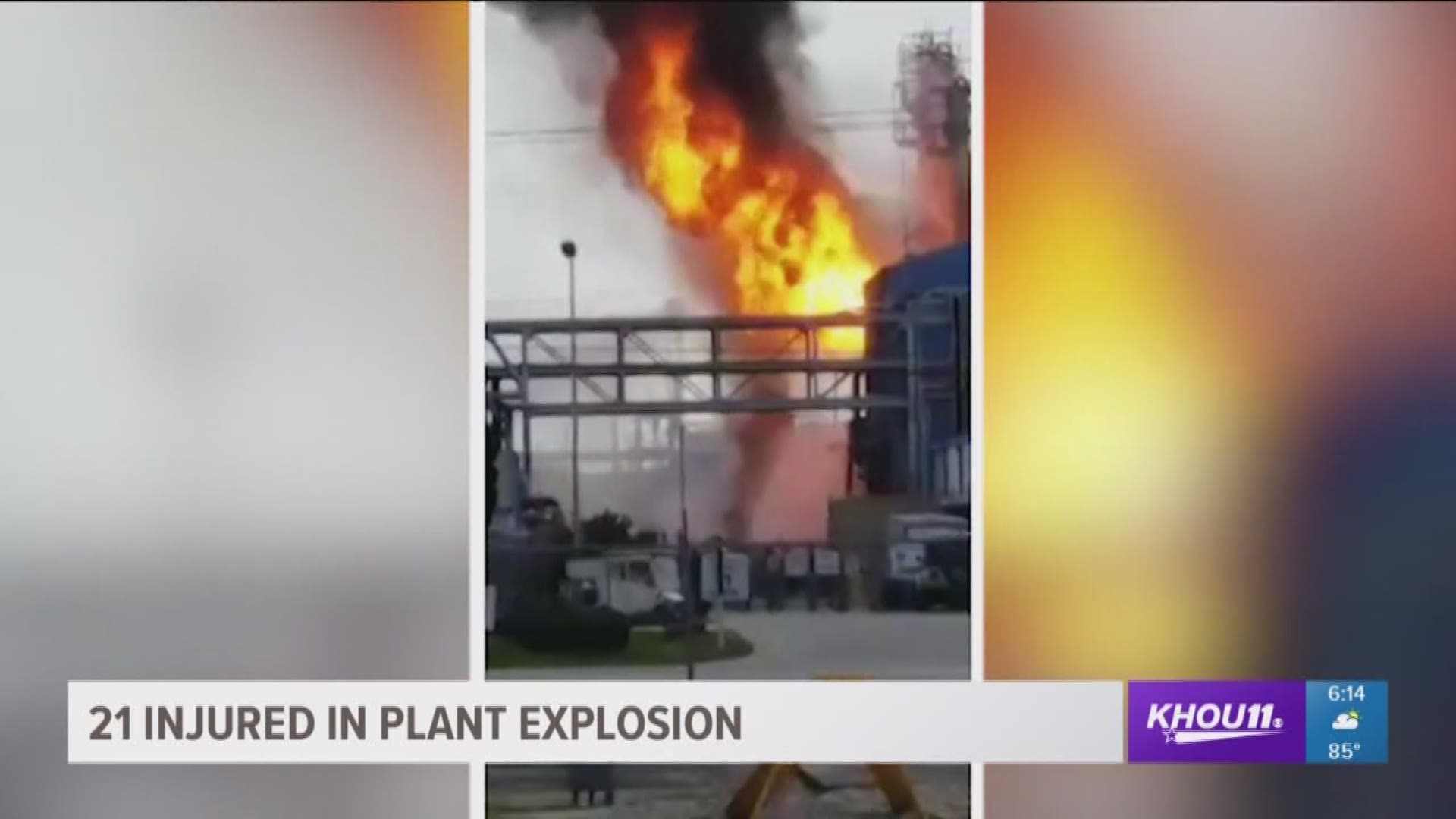 PASADENA, Texas -- Nearly two dozen people were hurt when a valve malfunctioned, causing an explosion and fire at a plant in Pasadena early Saturday.

Kuraray America Eval says the incident happened at its facility at Bay Area Boulevard and Choate around 10:43 a.m.

The La Porte Police Department at the scene confirms 21 people were hurt in total. Two patients had serious burns and were airlifted to the hospital. The others had non-life threatening injuries.

All workers have now been accounted for, according to the company.

Authorities say the victims suffered burns and topical injuries, some obtained as they were fleeing the facility.

There is no shelter in place reported at this time, and the Pasadena Fire Marshal's Office says the fire is no longer active. Company officials believe a valve malfunctioned in an operating unit, causing the explosion and fire.

According to the company's website, Kuraray manufactures and markets ethylene vinyl-alcohol copolymers. 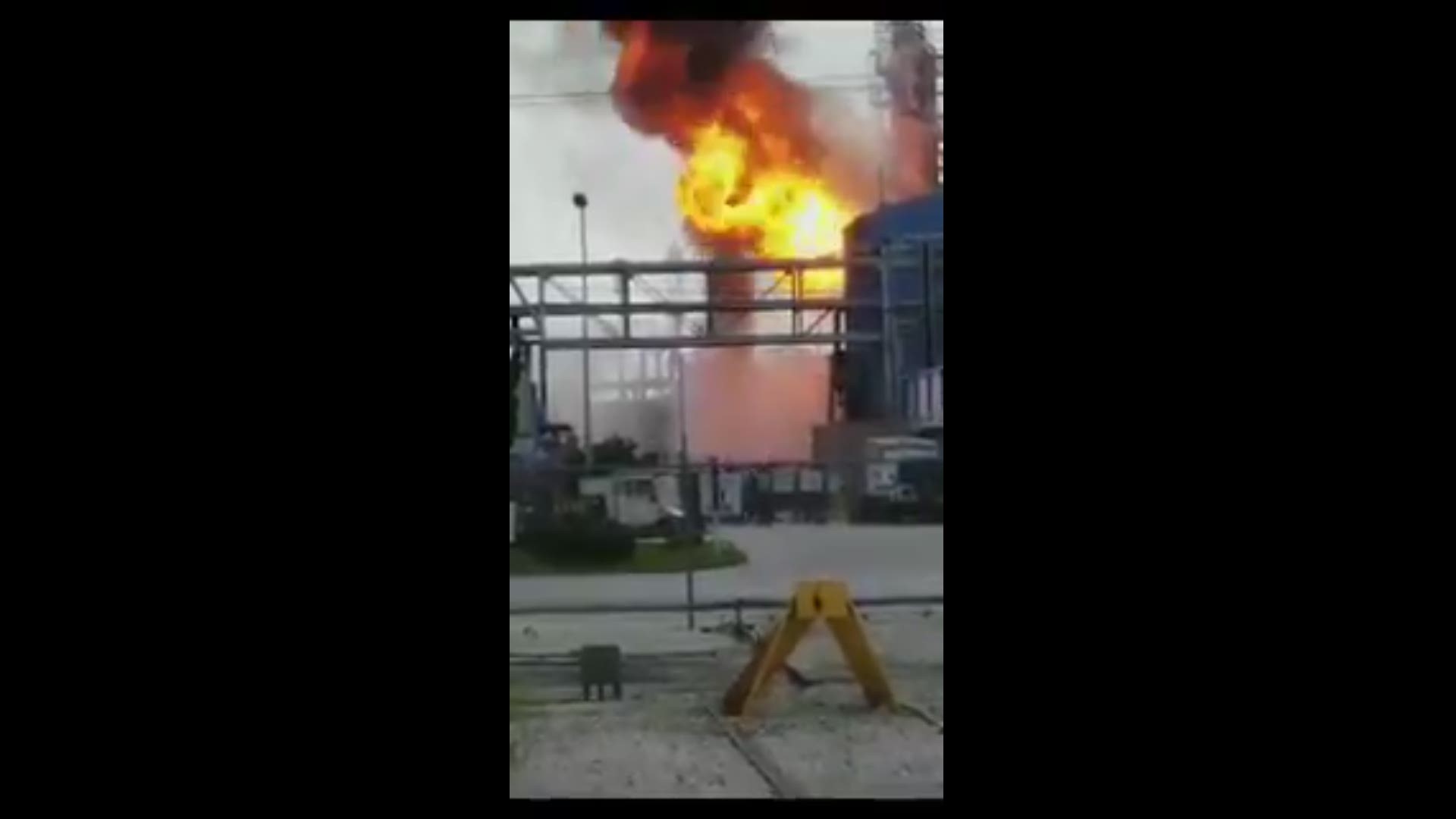 Here is a company statement posted at 12:19 p.m., which offers different numbers from authorities at the scene.

"Officials with Kuraray America, Inc. confirm that a fire occurred at the company’s EVAL™ facility in Pasadena, Texas, at the corner of Choate Road and Bay Area Boulevard at approximately 10:43 a.m. central today. The fire has been extinguished and there is no threat to the surrounding area.

At the time of the incident, approximately 250 employees and contract personnel were onsite. All have been accounted for. Six personnel are being treated for non-life-threatening injuries at off-site medical facilities.

The company is fully cooperating with all local authorities and emergency response teams and will provide additional information as it becomes available and is confirmed."

The City of Pasadena posted the following statement to its Faceook page earlier in the morning:

"City of Pasadena Office of Emergency Management has received a level 3 notification from **Kuraray America Eval located at 11500 Bay Area Blvd.**There is no danger to the public at this time. ***Incident Description: A fire explosion happened in the EVAL Plant. Multiple people down. Emergency vehicles on their way. The city will continue to monitor the situation and advise you if you need. No shelter in place for residents at this time."