Longtime customers and area residents were shocked to find the iconic Cleburne Cafeteria near West University was destroyed in an early-morning fire Tuesday. 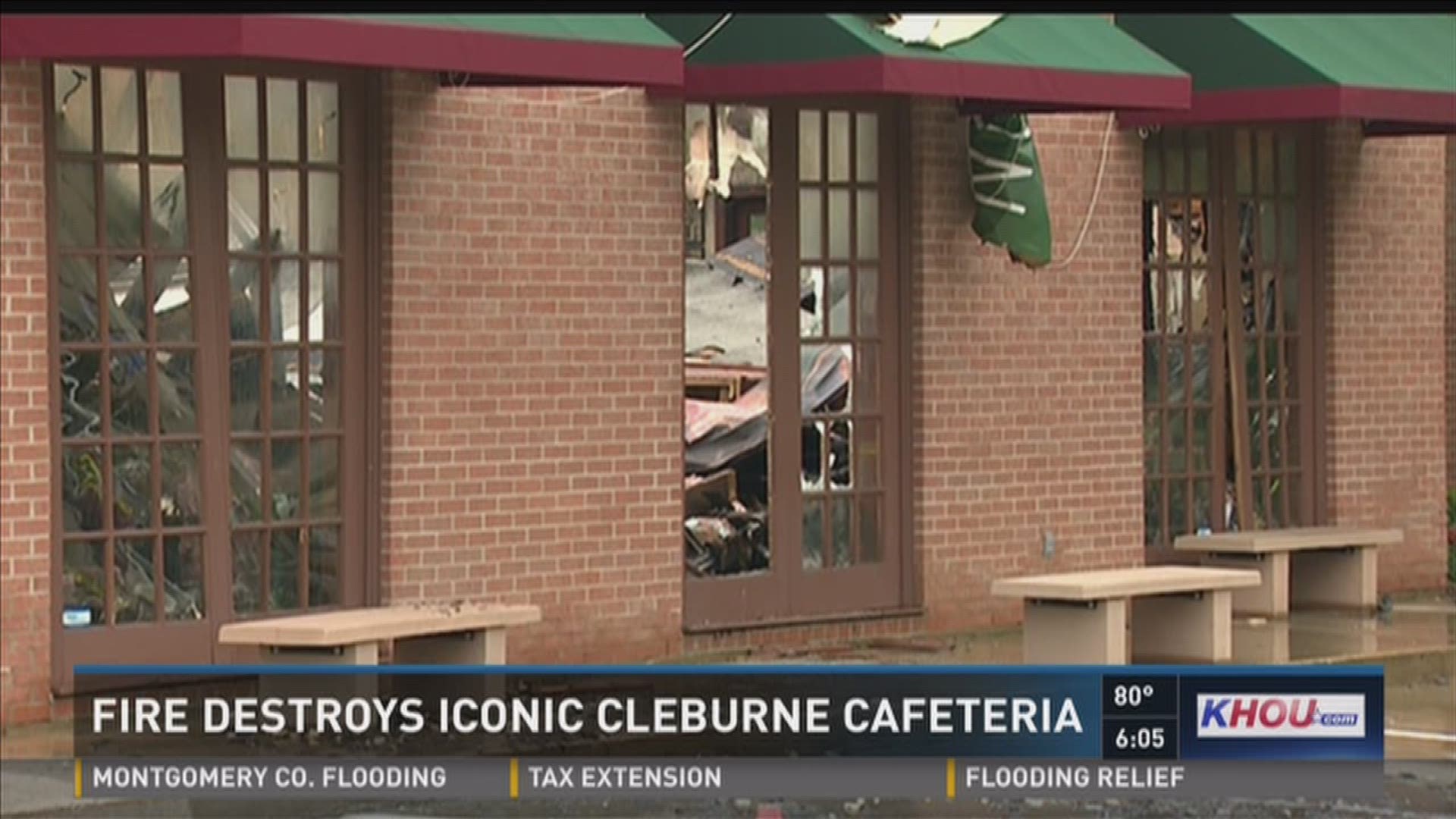 Longtime customers and area residents were shocked to find the iconic Cleburne Cafeteria near West University was destroyed in an early-morning fire Tuesday.

Many came out to take a look at the damage for themselves. They tell KHOU 11 News they prefer to not be called regular customers – but rather family – because that’s the way they felt every time they walked through the doors at the restaurant.

According to the Houston Fire Department, the one-alarm blaze broke out just after midnight on Bissonnet near Edloe. The entire restaurant, which was celebrating 75 years of business, is likely a complete loss. No injuries were reported, however.

Raw video: Inside the burned Cleburne Cafeteria via Air 11 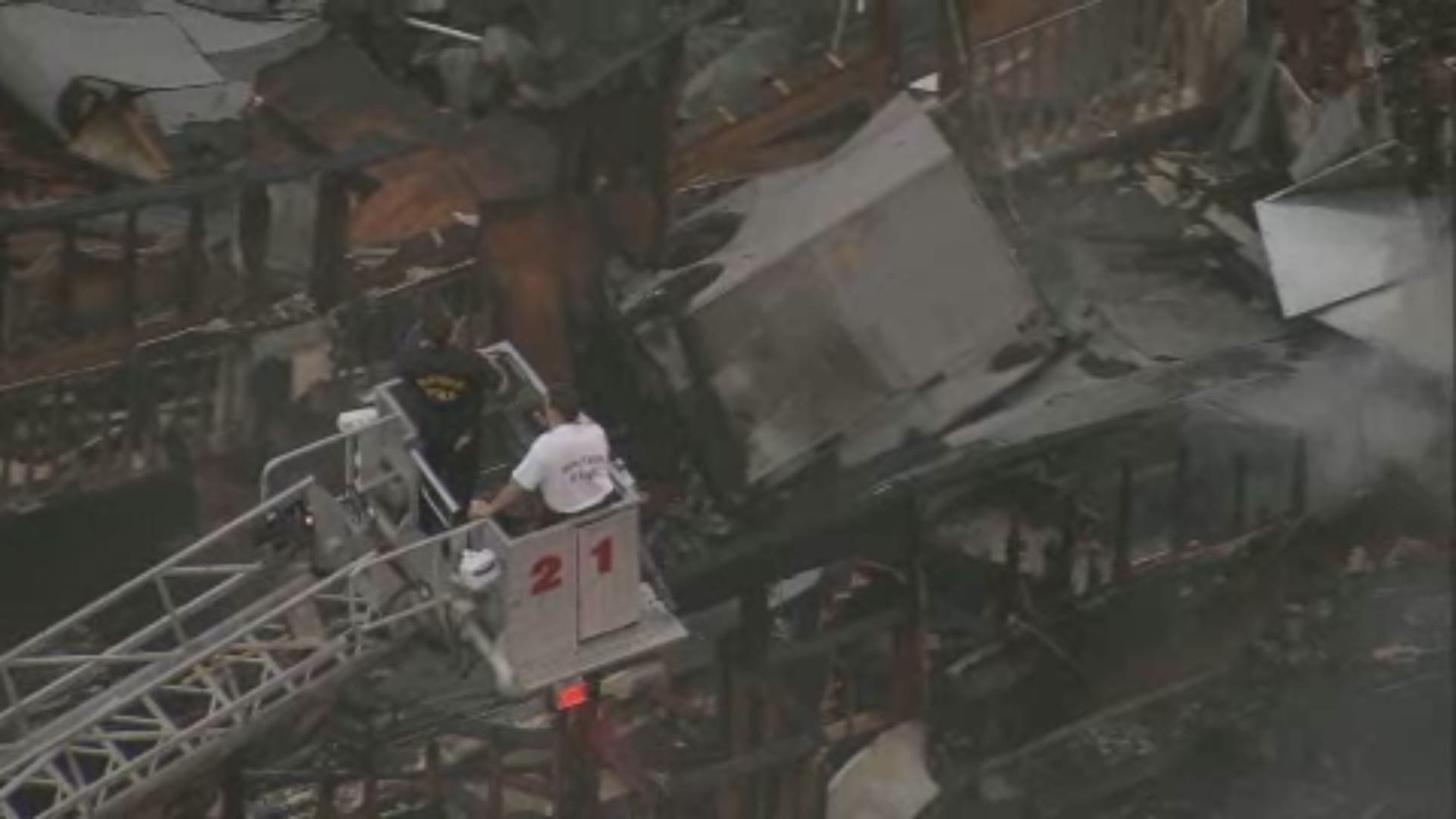 Views from Air 11 after sunrise showed that while the exterior walls were still standing, the interior was completely destroyed by fire, smoke and water.

Firefighters were forced to battle the flames from the outside because of the intense smoke, and eventually the roof collapsed in.

“You can see guys the smoke is horrible, I don’t know what’s going on inside there,” said owner George Mickelis as the fire burned.

The blaze took more than a popular restaurant – it took a family legacy with it.

“Man it’s a bad fire guys,” said a worried Mickelis. “All I know is there are paintings in there that are irreplaceable. My dad painted them. There’s no monetary value, they wouldn’t get anything, but to me that’s all I got left of my dad.”

Later in the day, workers were allowed to go inside and salvage what they could. Investigators were able to retrieve only five of about 70 paintings.

“We definitely will rebuild. I don’t know anything else what am I going to do. I only know the cafeteria business, my whole life. It’s gunna be hard to be here without those paintings though.”

The restaurant burned once before in August 1990, about a year after owner Nick Mickelis passed away. His son George took over the business and has been running it ever since.

According to the restaurant's website, Nick's paintings were inspired by his home country of Greece and its people. Nick came to America with just a few dollars in his pocket but after a couple years managed to save up enough money to by the Cleburne restaurant.

“That’s my family legacy, that’s what we’re known for is the art my dad left,” said Mickelis. “My mom is 93 years old. She’s at home right now, she just thinks there’s a little smoke in the building. She has no idea.”

His mom is a familiar face at the restaurant, usually seated at a reserved table not far from the cash register.

“I really don’t know how to put it in words,” said customer Louis Abercia. “It’s devastating.”

“It breaks our heart to see this,” said customer Seva Anaipakos. “Everybody in Houston knows Cleburne. Everybody’s grown up here. Everybody eats here not just because of the delicious food but because of George and his family.”

Now area restaurants and businesses have pledged to try and provide work for some of the cooks, clerks and other staff that kept the business running for so many years.

Mickelis says when the restaurant burned in 1990 it took 72 days to rebuild, but he fears it will take a lot longer this time.

The cause of the fire has not yet been determined. 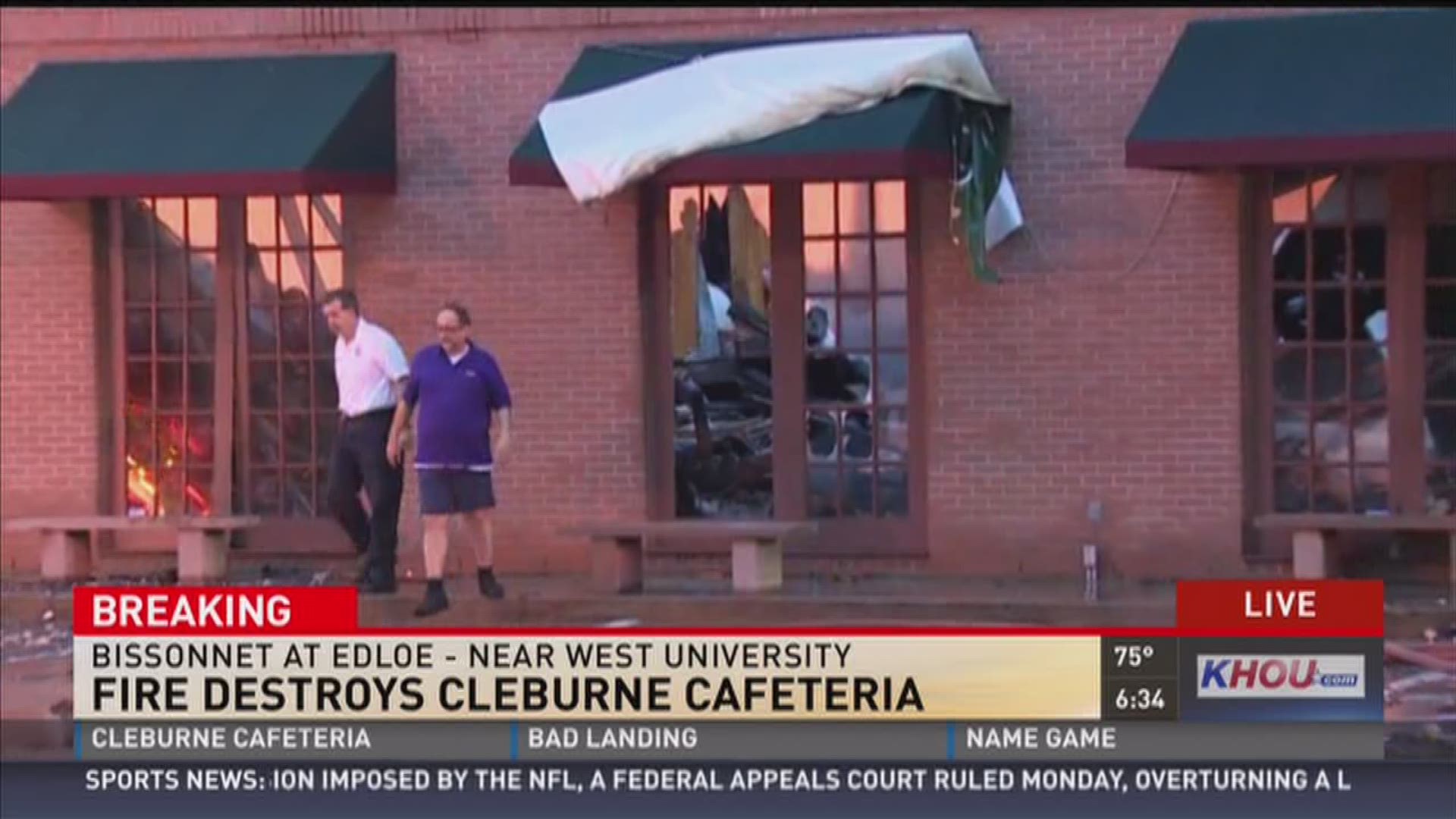