Investigators think empty space in attic and the old frame fed the flames. 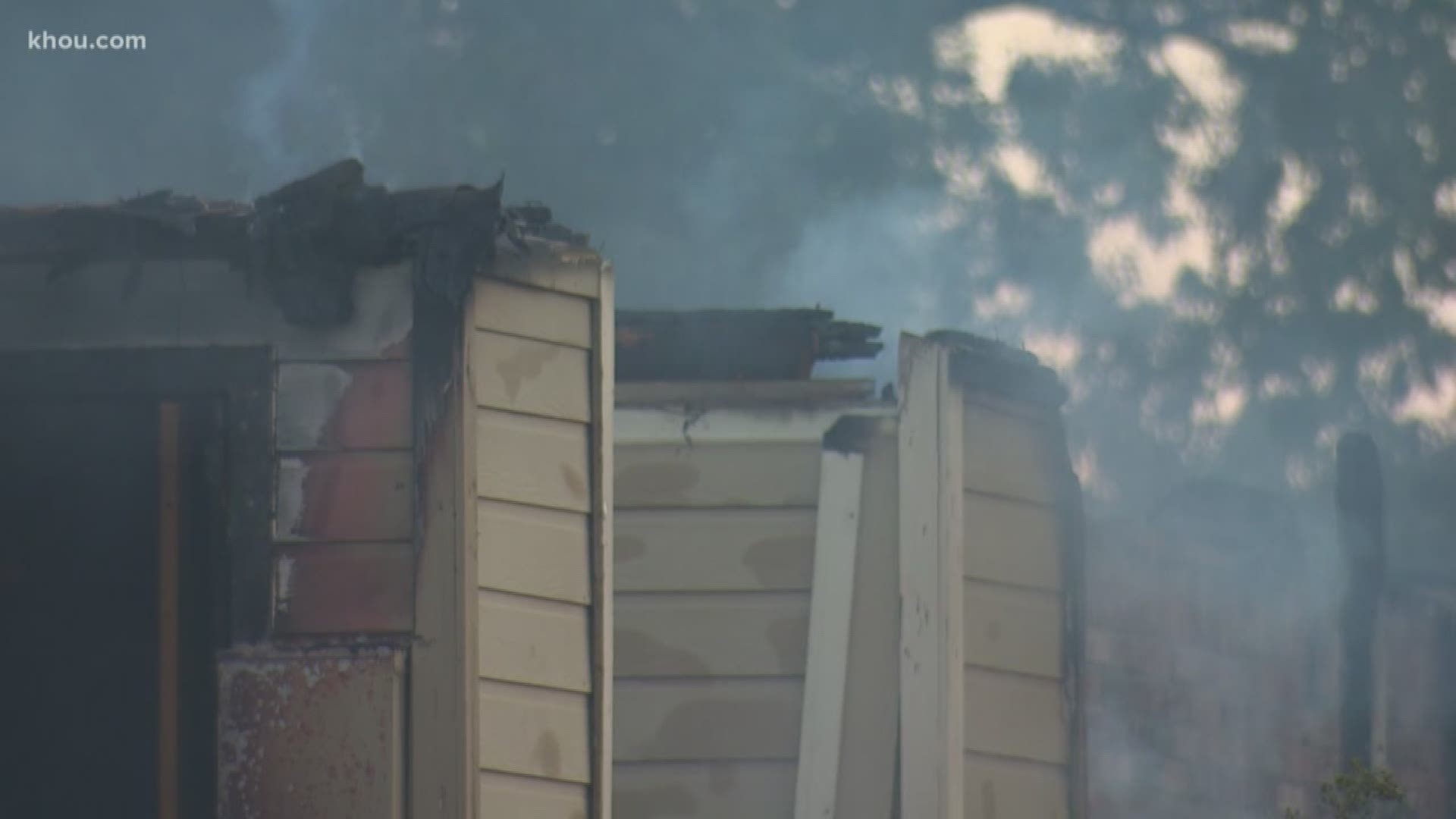 HUMBLE, Texas — More than a dozen people were out of their homes in Humble Friday after a fire swept through their apartment building.

Even though everyone got out, there is concern about what's left in the rubble at the Timber of Deerbrook apartment complex.

The fire marshal said there is still smoke -- plenty of fuel left for anything simmering in that building, and the damage is so bad, all 16 apartments in building 17 need to be torn down.

The fire spread fast from one end of the second-floor roof to the other. Investigators think empty space in attic and the old frame fed those flames.

The fire erupted with some renters at work. Others inside smelled smoke and got out.

People ran from the pool and out the office. Three people in the burning building needed help to escape.

"Firefighters, officers got there, started knocking, ensuring that nobody was in there,” said witness David Jimenez. “They didn't find anybody in any of the buildings. So hopefully nobody got hurt."

Everyone is OK, but 16 families lost homes.

This was a five-alarm fire mainly because of the heat index.

The cause of the fire is unknown.