A boat storage facility was consumed by flames overnight in Willis, just north of Conroe. 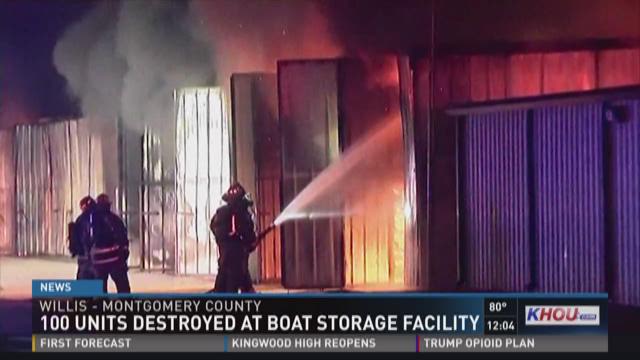 According to the Montgomery County Fire Marshal’s Office, fire crews responded at at 2 a.m. Monday the the fire after passerby called it in at the Piney Woods Boat and RV Storage, located in the 11800 block of Calvary Road.

Fire officials said 30 units from nine different fire department responded to the fire, which has been mostly extinguished. They are still dealing some hotspots as 5 a.m.

Fire crews were also have to deal with small explosion within the storage units which held boats, cars and other items. 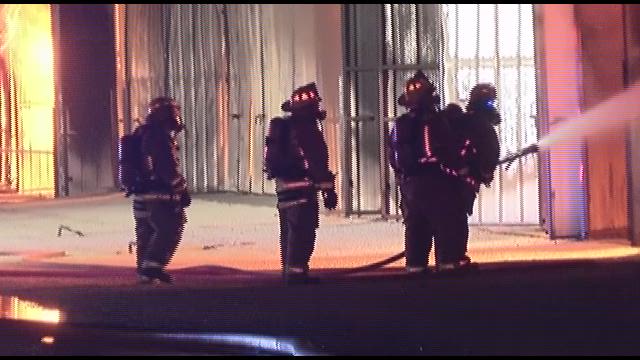