The cause of the fire remains under investigation. 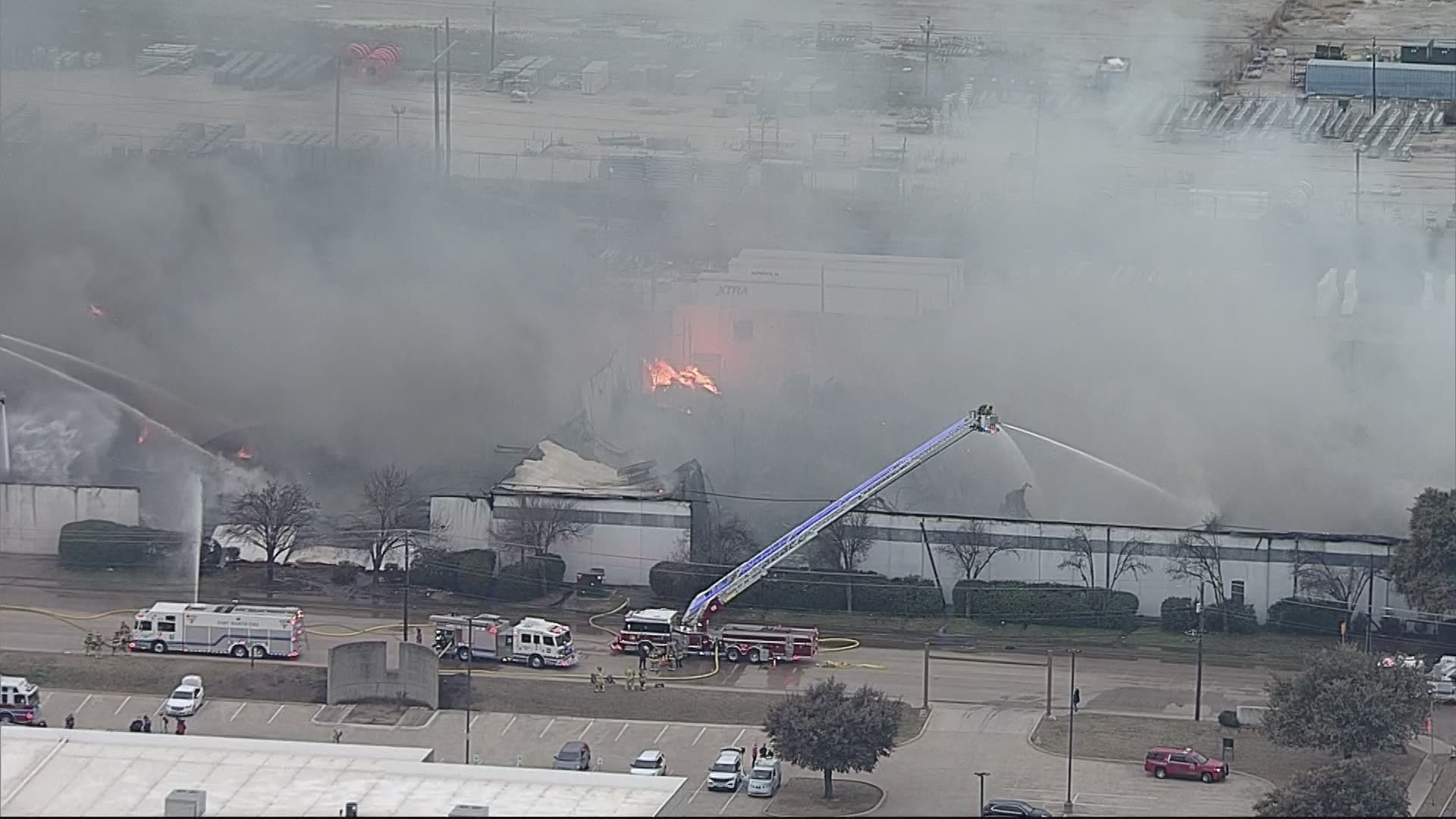 TARRANT COUNTY, Texas — Updated at 10:07 a.m. Friday to reflect that the fire has been contained.

Firefighters have contained a fire that broke out Thursday afternoon at a recycling facility.

The 150,000 square foot building is located at 2525 Handley Ederville Road in Richland Hills. Officials said the fire burned for a total of 17 hours.

Crews will remain at the scene Friday as they will manage hot spots in the rubble. Officials said it was a five-alarm fire with 36 total fire units who responded to the scene, including 16 from the Fort Worth Fire Department.

Fort Worth fire officials reported that one person was injured in the fire. That person's condition is unknown because they took themselves to the hospital before emergency responders arrived at the scene, officials said.

A spokesperson with the North Richland Hills Emergency Management Office said currently no evacuations were ordered.

Haltom City Emergency Management recommended that people near the structure or to the southwest stay inside and close windows and doors.

The cause of the fire is under investigation, officials said.

NEW: photo of fire raging at a facility in Richland Hills off Handley Ederville Rd.

Currently, there is no need to evacuate the area, but if you are in the area or downwind (southwest) please stay inside of your home and ensure your windows and doors are closed. @haltomcity @NRHfire @DFWscanner @RichlandHillsPD @FortWorthFire