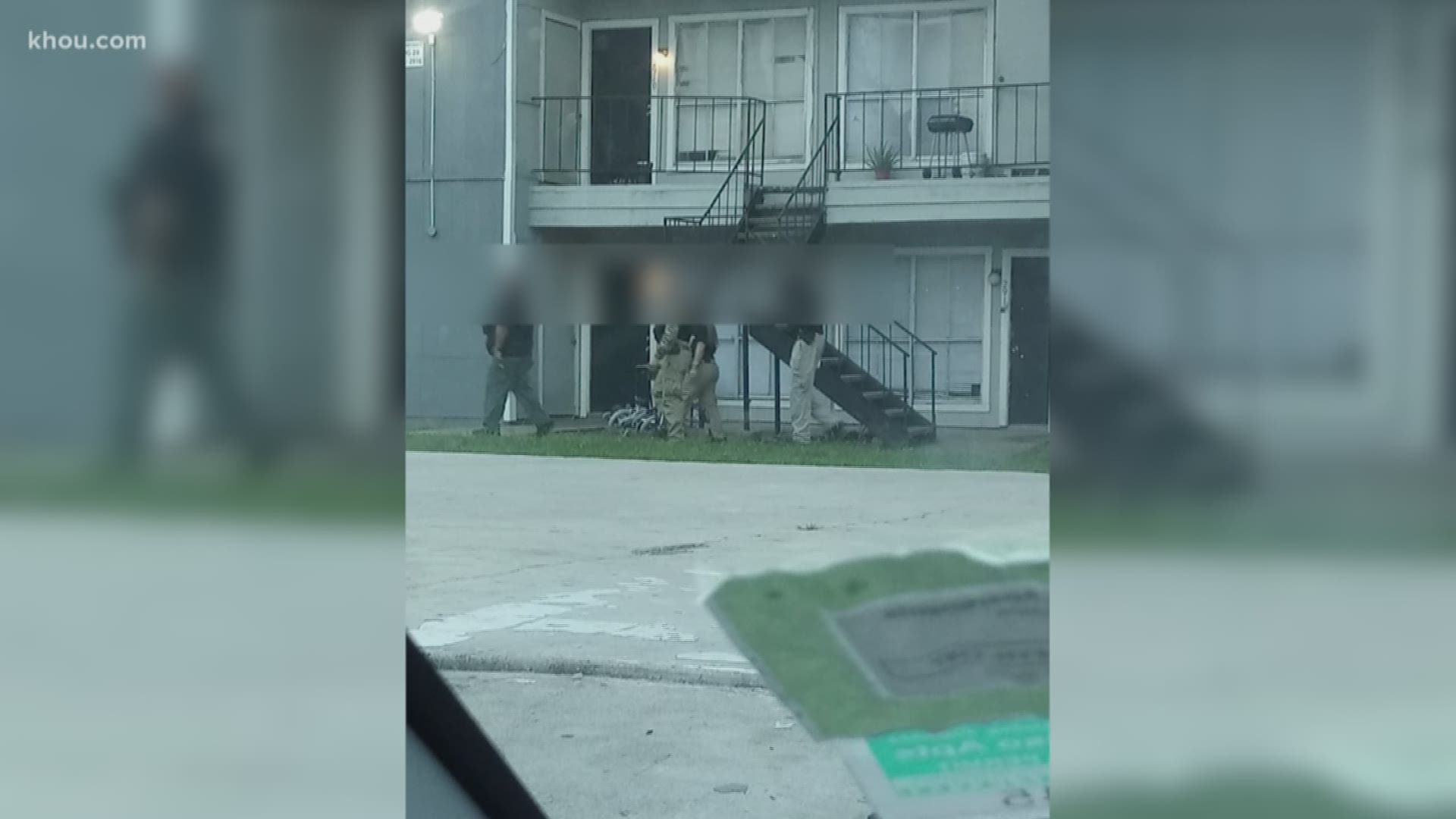 They say this happened from 8 to 9 a.m. at the El Paraíso Apartments located in the 7700 block of Corporate Drive.

A resident shared a photo with KHOU 11 News showing law enforcement in tactical gear outside of an apartment complex.

KHOU 11 News reached out to Houston city leaders who say they weren’t aware of any moves over the weekend.

KHOU 11 News reached out directly to U.S. Immigration and Customs Enforecment and they emailed the following statement:

Due to law-enforcement sensitivities and the safety and security of U.S. Immigration and Customs Enforcement personnel, the agency will not offer specific details related to enforcement operations.

Fewer people were out and about. Immigrant advocacy groups like FIEL say immigrants across the city hunkered down in their homes.

The group spent the weekend working to educate immigrant communities of their rights should they come in contact with ICE.

RELATED: Immigrant families hunker down at home, but no sign of widespread ICE raids

RELATED: 'In the spirit of faith': Houston church becomes sanctuary for immigrants in need

RELATED: What we know about potential ICE raids in Houston