The Chambers County Sheriff said the public has been calling and messaging after a woman was killed by a group of feral hogs in Anahuac. 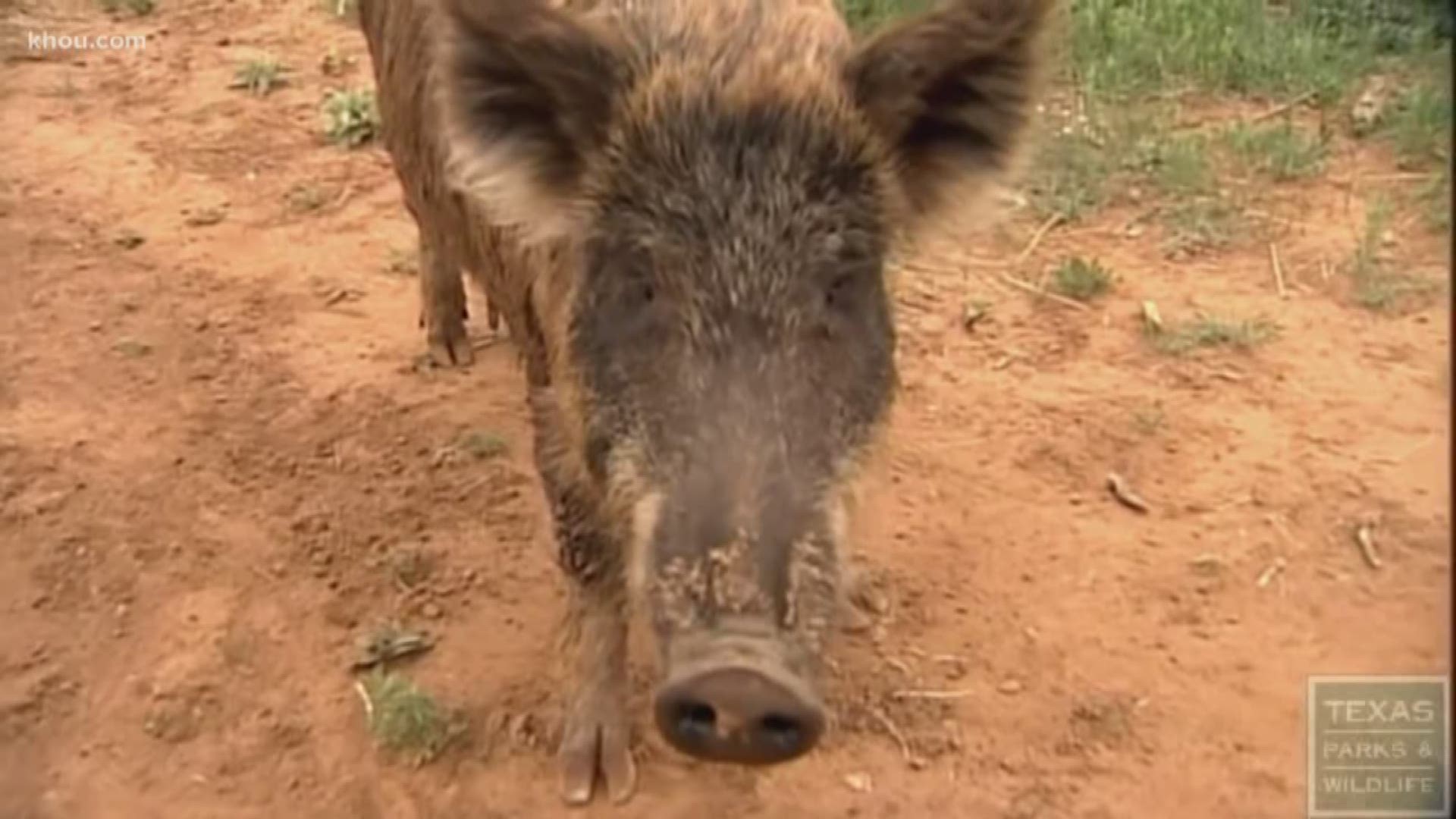 ANAHUAC, Texas — Chambers County Sheriff Brian Hawthorne said people have been calling and messaging on social media about helping with hunting and trapping feral hogs after a woman was killed by a group of hogs on Monday in Anahuac.

”The phone has been ringing off the wall. We’ve been getting a lot of social media messages," said Sheriff Hawthorne. "If they have landowner permission to trap or hunt hogs, we welcome it because we have a feral hog problem in this county.”

Three years ago, the Sheriff’s office started putting out traps filled with corn to catch these animals that can get as big as 400 pounds.

Animal Control Officer Wesley Richey says there are hundreds of hogs here – and the population is only growing.

RELATED: 'It's one of the worst things I've ever seen': Caretaker attacked, killed by feral hogs, sheriff says

Researchers and government agencies from out-of-state have been offering to help trap and hunt them.

The hogs tear up ground with their incisors, teeth that can be up to five inches long, causing problems for farmers.

”A lot of the farmers around here have lost a lot of crops," said Richey. "You’ll never trap them all.”

Sheriff Hawthorne said it is not common for hogs to become aggressive, but it is possible. They sent pictures of Monday’s scene to researchers at Texas A&M University to learn more about what happened and why.