Overnight, FedEx matched their initial donation of $500,000 to a GoFundMe page for victims and survivors of the mass shooting in Indianapolis. 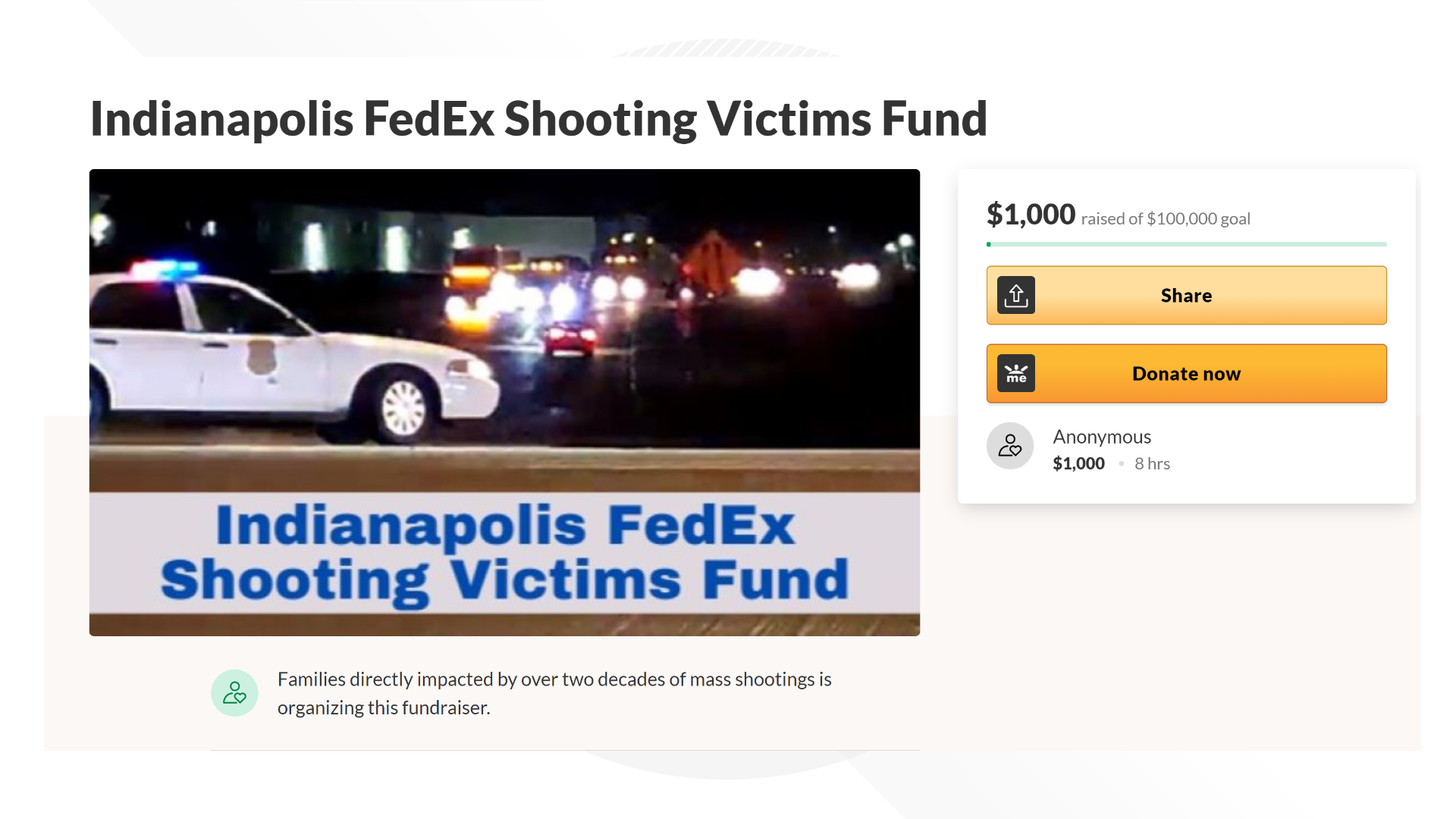 INDIANAPOLIS — FedEx donated $1 million to a GoFundMe that will provide direct financial assistance to the families of the eight people who were killed, those who were injured and others who were affected by the mass shooting at FedEx in Indianapolis on April 15.

In the evening of Thursday, April 15, a gunman opened fire at a FedEx Ground facility at 8951 Mirabel Road killing eight people and injuring five others.

RELATED: Faces of the victims in the Indianapolis FedEx mass shooting

In the wake of this tragedy, people from across the country have launched GoFundMe fundraisers to help support the families who were affected by the mass shooting and those who survived the shooting.

One of these fundraisers was organized by the National Compassion Fund, a subsidiary of the National Center for Victims of Crime which is the nation's leading resource and advocacy organization for crime victims. It is also a "leading authority" in compensating victims of mass casualty events, according to the GoFundMe page.

On Sunday, the National Compassion Fund established the Indianapolis 4/15 Survivors Fund and almost immediately after it was established, FedEx pledged $500,000 toward the page's $1 million goal.

Overnight, FedEx matched their initial donation of $500,000 and increased their donation to $1 million, raising the fundraiser's goal to $1,500,000.

The GoFundMe page says the fund will "provide direct financial assistance to the families of those who were killed, and individuals injured or suffering psychological trauma from the shooting."

100 percent of the contributions donated to this fund will go directly to survivors and victims of the mass shooting, according to the GoFundMe page.

Donations made to this fund are tax-deductible.