One person was found in the back seat and the other in the front passenger seat. Harris County Pct. 4 Constable Mark Herman said no one behind the wheel. 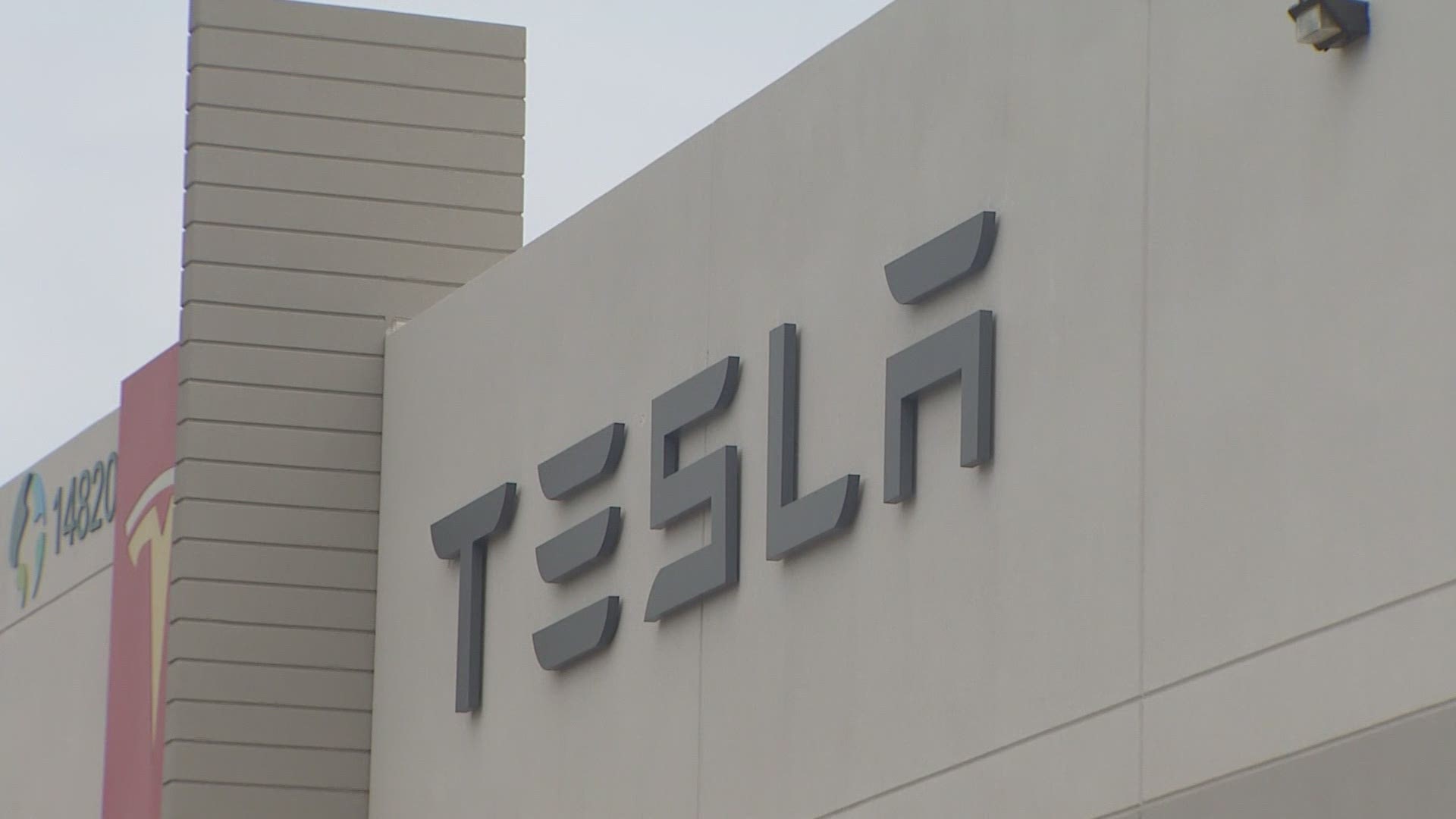 Musk tweeted on Monday in response to someone else who tweeted under an article about the wreck. One commenter under the story tweeted doubts about Herman's statements, saying it didn't make sense that someone wasn't in the driver's seat.

Musk responded to that tweet with this, saying that logs so far didn't show Autopilot was enabled on the vehicle. He also says the person who purchased the vehicle didn't buy the full self-driving feature.

Your research as a private individual is better than professionals @WSJ!

Data logs recovered so far show Autopilot was not enabled & this car did not purchase FSD.

Moreover, standard Autopilot would require lane lines to turn on, which this street did not have.

Federal investigators are now looking into the Tesla crash.  The National Transportation Safety Board and the National Highway Traffic Safety Administration are both looking into the cause of the wreck. Herman says one person was found in the front passenger seat and the other in the back seat.

Herman also said it took nearly four hours to put the fire out.

Officials with Precinct 4 say they are issuing search warrants for Tesla to get the logs on the car. They also say Tesla is being cooperative.

The NHTSA sent us the following statement:

"NHTSA is aware of the tragic crash involving a Tesla vehicle outside of Houston, Texas. NHTSA has immediately launched a Special Crash Investigation team to investigate the crash. We are actively engaged with local law enforcement and Tesla to learn more about the details of the crash and will take appropriate steps when we have more information."

And the NTSB tweeted that their investigators will be here this afternoon. They tweeted: "The NTSB, in coordination with the Harris County Precinct 4 Constable’s Office, is sending two investigators to conduct a safety investigation of the fatal Apr. 17, 2021, Tesla vehicle crash near Spring, TX."

KHOU11 has learned one of the victims in the crash was Dr. William Varner, an anesthesiologist and medical director at Memorial Hermann Surgery Center in The Woodlands.

“Dr. Varner was a tremendous human being who personally impacted many throughout our Memorial Hermann The Woodlands Medical Center family over the years. Our thoughts and prayers go out to his entire family, and also to those who had the privilege of working and serving alongside him in various capacities. He will be dearly missed by so many.”

Tesla founder Elon Musk tweeted Saturday about the safety record of Autopilot.  He said drivers with it turned on are 10 times less likely to get in a wreck than those in normal vehicles.

KHOU11 reached out to Tesla for comment Sunday, but haven't heard back.