The FBI has launched a nationwide tip line aimed at getting real-time information from residents that can be used to stop the notorious gang. 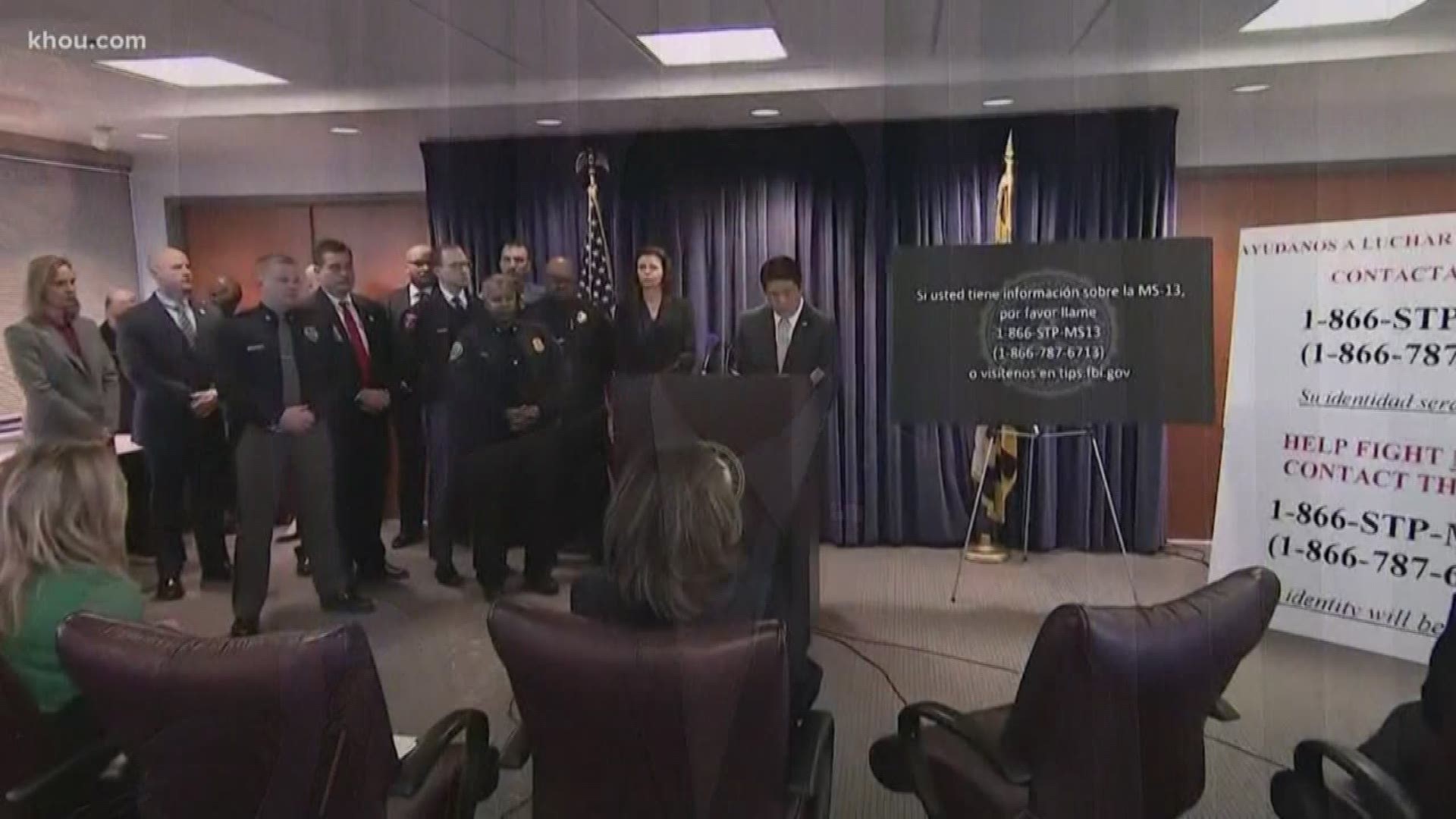 HOUSTON — The fight against MS-13 ramps up.

The FBI has launched a nationwide tip line aimed at getting real-time information from residents that can be used to stop the notorious gang.

The gang has a stronghold in areas like Maryland and Virginia, but we’ve also seen how dangerous they can be in the Houston area.

Fear is the biggest reasons people don’t report gang activity in their neighborhoods. This tip line hopes to change that.

However, authorities said MS-13 is part of a bigger problem here in Houston.

The FBI said MS-13 inflicts fear and violence on the communities they inhabit. Their mantra is, “Mata, Viola, Controla,” which translates to "kill, rape, control."

People have witnessed their crimes or have fallen victim are urged to come forward anonymously.

In addition, Texas DPS Lieutenant Craig Cummings said there is definitely a gang problem in Texas.

DPS has identified Houston as a hotspot for MS-13 presence and violence.

“MS-13 is hub in Harris and Montgomery Counties and that might be a smaller type of gang compared to some the their gangs but they’re extremely violent,” Lt. Cummings said.

It’s not the only gang in the region.

George Rhyne, administrator for the Texas Anti-Gang center in Houston, said gangs are different now than they were 20 to 30 years ago.

Rhyne said they’ve become fluid and hybrid. He said there are over 300 different gangs with more than 20,000 members in the greater Houston area.

Lt. Cummings said local, state and federal agencies are working around the clock to stop them and their illegal activity.

“These issues especially when they’re as violent as they are create a serious problem for our community and that’s the reason why we’re trying to address is collaboratively,” Lt. Cummings said.

DPS has an app called "iWatch Texas" which you can download and report gang activity.