Investigators said the ex-boyfriend fled in a black Mercedes with paper tags after shooting the victim multiple times. 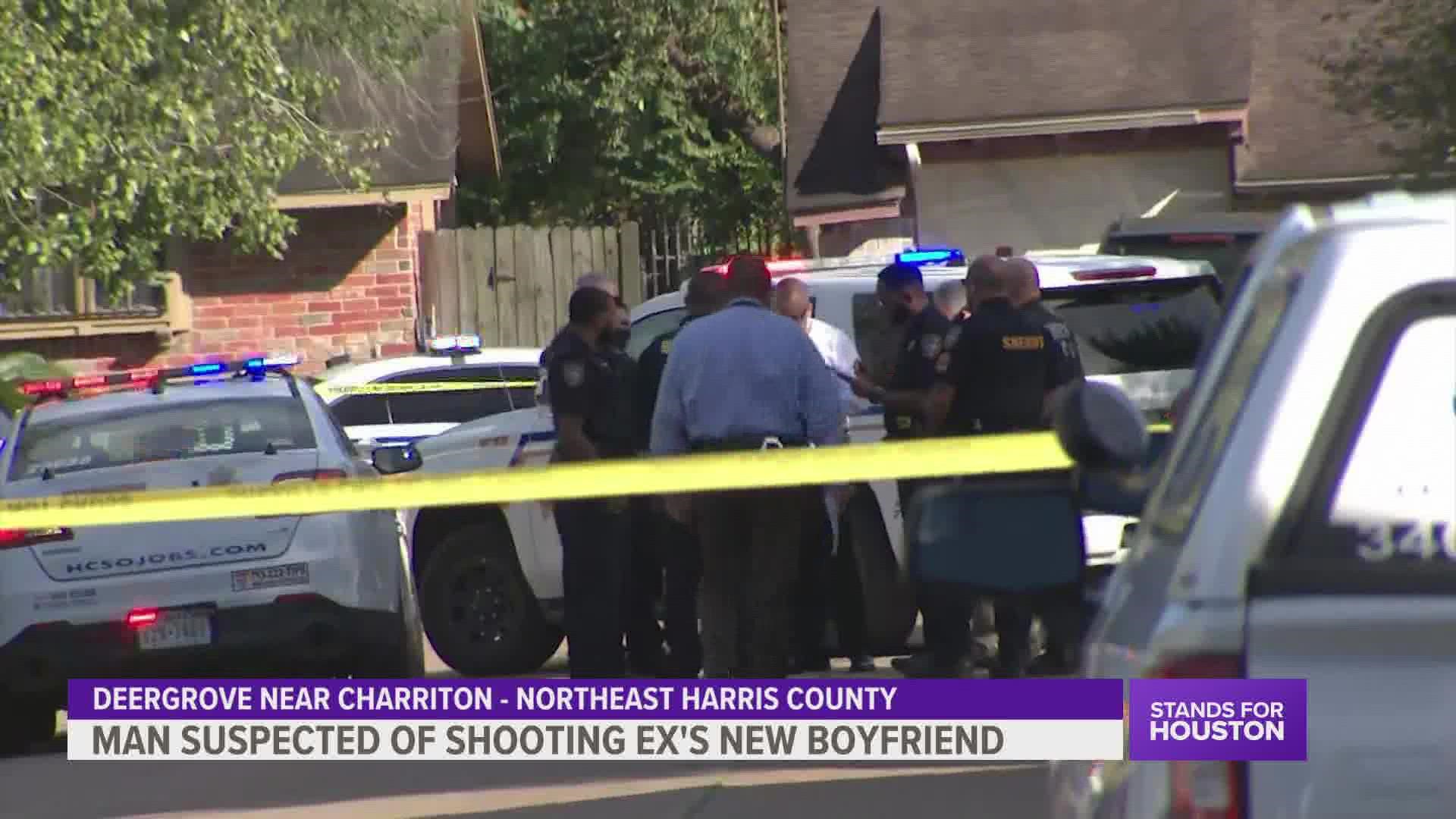 HARRIS COUNTY, Texas — Harris County Sheriff's Office investigators are searching for a 27-year-old man accused of shooting and killing his ex-girlfriend's boyfriend outside her home in the Aldine area, according to Sheriff Ed Gonzalez.

Deputies were dispatched about 7:45 a.m. Sunday to the home in the 12500 block of Deergrove Street in the east Aldine area.

The sheriff's office is now searching for the ex-boyfriend. Gonzalez said he left the scene in a black Mercedes Benz with paper tags.

"We're working to obtain a photograph and information on the former boyfriend," Beall said. "He has not been charged yet."

If you have any information that could help investigators, please call Crime Stoppers of Houston at 713-222-TIPS.