Deputies said multiple gunmen were involved in the shooting at a nightclub about 2 a.m. Sunday on FM 1960. 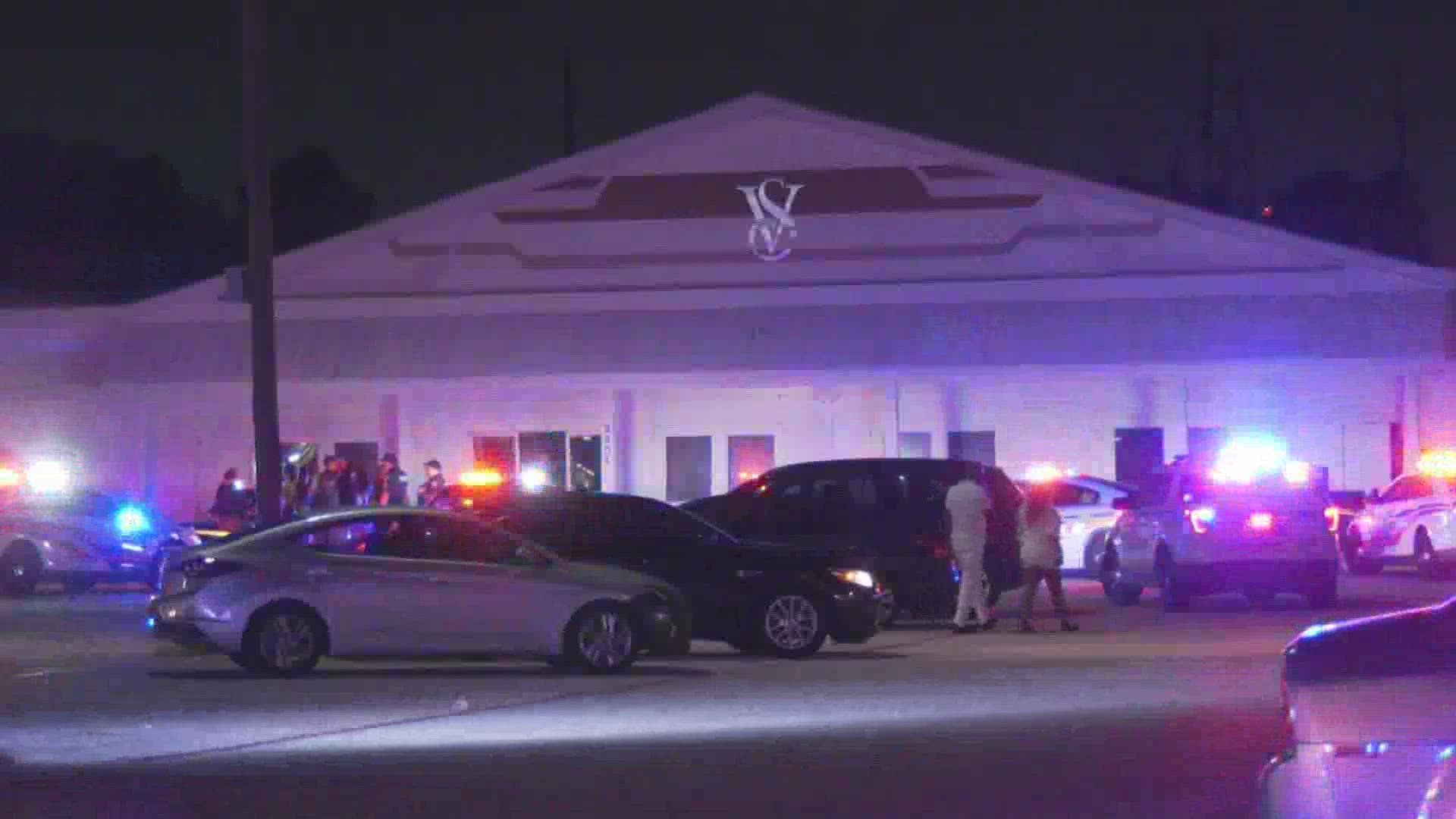 HARRIS COUNTY, Texas — A man was killed and five others were injured after a fight broke out early Sunday inside a nightclub on FM 1960 in north Harris County.

Harris County sheriff deputies responded to a shooting call about 2 a.m. in the 2600 block of FM 1960 East. Investigators believe multiple shooters were involved in the dispute, which started inside the club and then poured into the parking lot.

Investigator the deceased victim has been identified as Derrick Johnson, who was pronounced dead at the scene.

Sgt. Jason Brown said one man died at the scene and another man was taken to the Memorial Hermann Hospital by Life Flight with a gunshot wound to the head. He was last reported to be in critical condition but is expected to survive, Brown said.

Early this morning, @HCSOTexas Investigators responded to a shooting at an after-hours bar located at 2504 FM 1960. Multiple people were shot. A total of six (6) were wounded. One person, Derrick Johnson, was pronounced deceased on-scene. The other wounded individuals are pic.twitter.com/zNw8NTUM0C

Investigators said the four remaining victims were taken to the hospital with non life-threatening injuries. According to deputies, two of them were found at the scene and the other two were found short distance away inside a disabled vehicle that had been shot.

It's still unclear whether any of the shooting victims participated in the fight or were injured in the crossfire. Deputies believe a couple hundred people were inside the club at the time, possibly for a private event.

According to Brown, multiple guns were found inside the nightclub. Investigators are still trying to determined whether those weapons were used in the shooting and who they belong to.

There is no surveillance video inside the club and deputies are still interviewing witnesses, Brown said.

The Harris County Sheriff's Office is asking anyone with information about the shooting to call deputies at 713-274-9100 or Crime Stoppers of Houston at 713-222-TIPS.