The crash occurred near the Beltway and Lee Road. 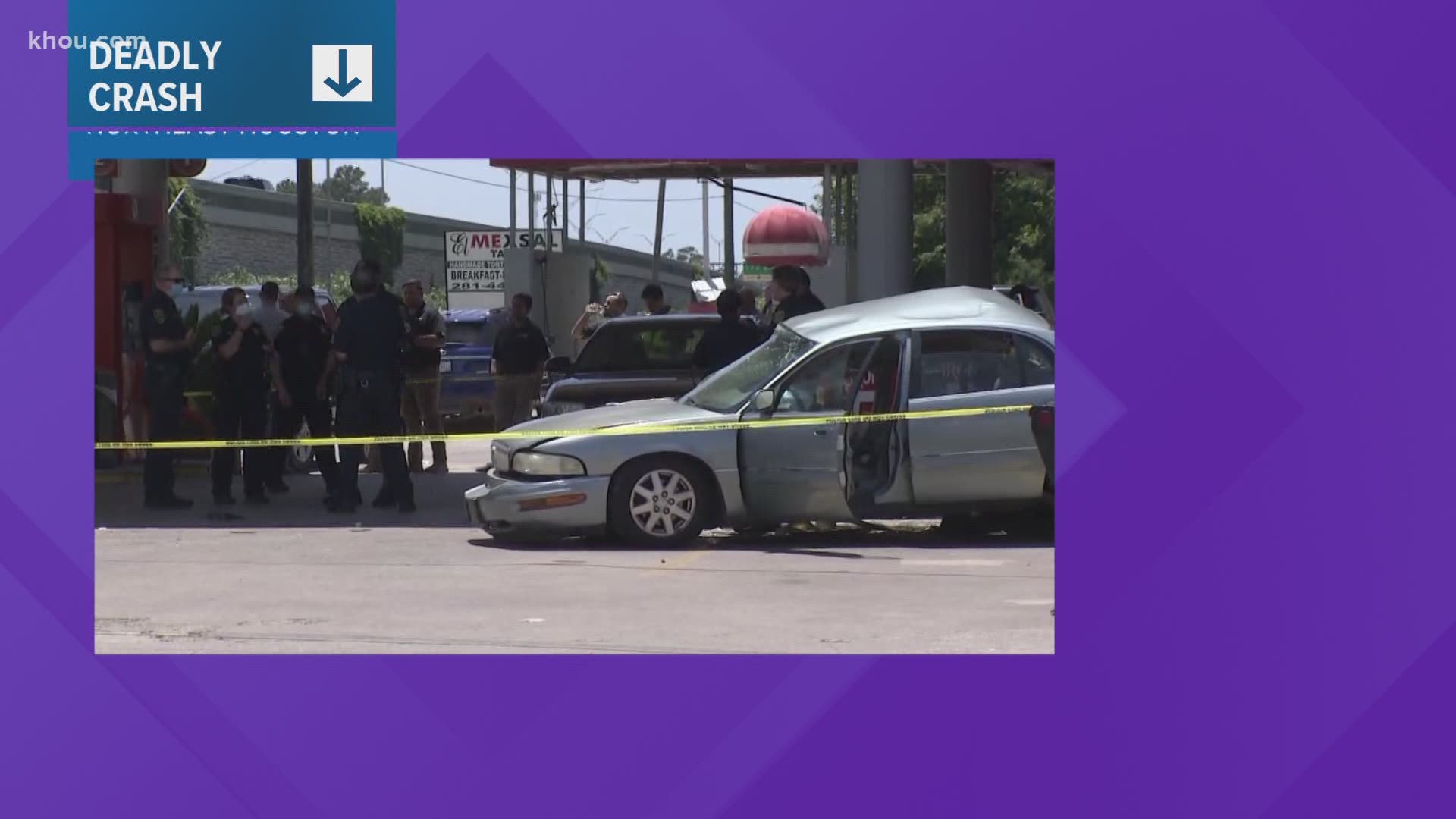 HOUSTON — A woman and a young boy were killed in a crash Wednesday afternoon in northeast Houston.

Houston police said the 25-year-old woman and a 3-year-old boy died after their car was hit by an 18-wheeler at the intersection of Lee Road and the Beltway. The driver of the Buick was taken to the hospital with non-life-threatening injuries, police said.

Investigators are working to determine if the driver was intoxicated and said an investigation is ongoing. No charges have been filed as of Wednesday afternoon.

Police said their preliminary investigation shows the 18-wheeler, which was traveling on the feeder road, had a green light when the Buick ran a red light. It then crashed into two cars parked in a nearby gas station.