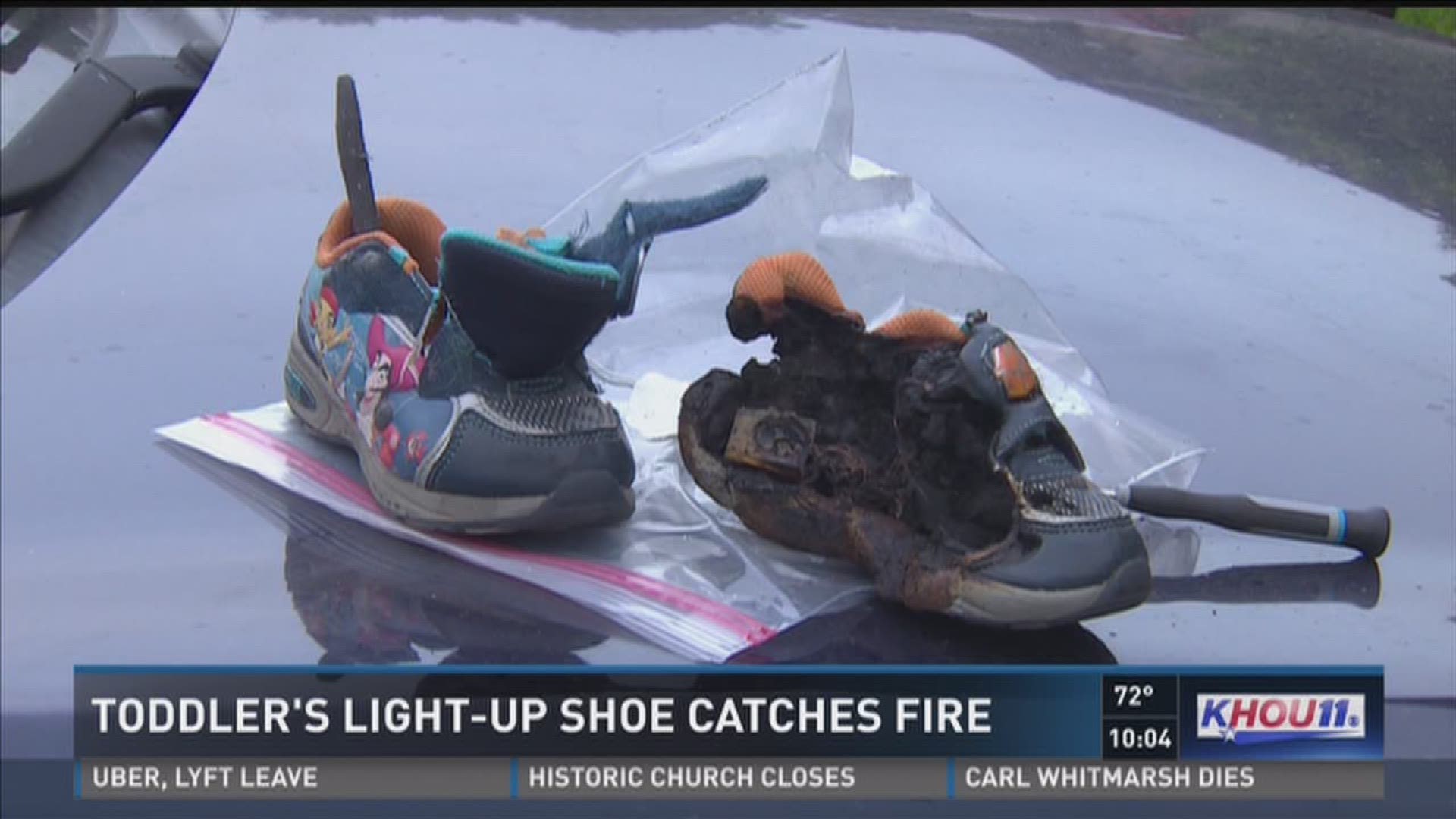 EDITOR'S NOTE: On July 18, The Harris County Fire Marshal's Office ruled the tennis shoes did not cause the fire.

KATY, Texas - Two local parents are speaking out after an unusual car fire may have been sparked by their son's light-up shoes.

On Saturday morning, Attila Virag and his wife Jovan noticed a dark haze inside their SUV.

As soon as they opened the door, they could smell burning plastic.

The fire in the backseat burned a hole through the floor and the passenger seat was melted. Jovan called the Harris County Fire Marshal's Office to take a closer look.

"There just wasn't anything in there to start a fire," she said. "Only shoes and clothes."

Although the Fire Marshal's Office hasn't officially ruled on the cause of the fire, the office confirms the toddler's light-up shoe is a possible cause.

That's why the Virag's are speaking out to warn other families.

"I'm just glad that my son wasn't wearing it at the time," said Jovan. "I don't know if he could have told me his foot was getting hot, and I don't think he could have taken it off by himself."

Half of one of the shoes was burned away. There was nothing left except a sizzled, charred battery and wiring.

Attila dissected the one that didn't burn and discovered lithium batteries power the flashing lights.

"I didn't know there's a battery in there that could be flammable if it's shorted," he said.

Now these parents will be extra careful, vowing not to buy the same type of shoe anymore.

"I don't want this to happen to somebody else and we're relieved it happened in our car because at least that can be fixed," said Jovan.

The couple plans to reach out to Payless where they bought the $25 shoe on Monday morning.

One side of one of the shoes was completely burned away.&nbsp;