The man who shot the dog said he feared for his safety when it got onto his property. He said the dog bit him a year ago but Luna's owner said that's not true. 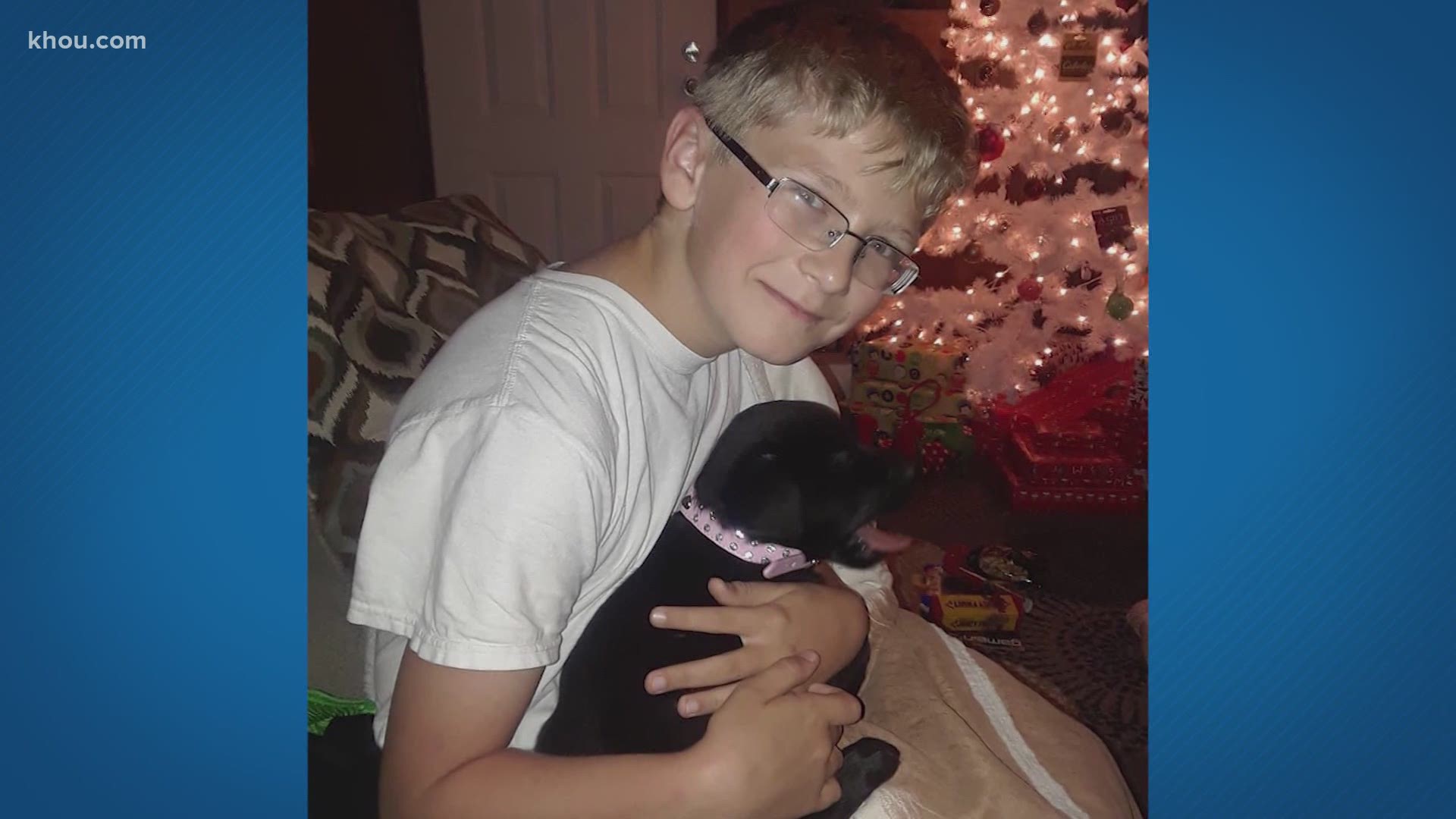 GALVESTON COUNTY, Texas — A Galveston County family is asking for help from authorities after their dog was shot and killed by their neighbor.

The Galveston County Sheriff’s Office said it's investigating the case. Both sides are telling different versions of what happened.

The family’s black lab/Catahoula mix, “Luna,” got through the home’s electric fence and onto neighbor Billy Ray Miles’ property at approximately 7 p.m. on Wednesday. Luna was dead a short time later.

Miles said he was justified in killing the dog because he feared for his safety when it got on his property. The dog's owner doesn't agree with what he's saying.

“He could have stayed in his camper, but he came out to shoot that dog because he wanted to,” Candace Harms said.

Miles said Luna bit him one year ago.

“I will kill anything that comes inside this fence and tries to bite me,” Miles said.

“She’s never attacked another human being in her life,” Harms said.

Harms’ 11-year-old son, Talon, had cared for Luna since she was a puppy.

“She would always be there with me,” he said. “If I was feeling bad or sick, she would sleep with me, swim with me.”

Even though Luna had been in trouble for getting out in the past, Talon said the dog just liked to explore. Curiosity got the best of her on Wednesday, once again.

Talon watched as his dad tried to get the dog back to the family’s side of the fence. Then he saw what happened next.

“He just did not like my dog,” Talon said. “I never knew he would do such a thing like this.”

The Texas Penal Code provides certain exemptions from prosecution in the section that deals with cruelty to non-livestock animals. It states that one of the defenses to prosecution is when “the actor had a reasonable fear of bodily injury to the actor or to another person by a dangerous wild animal as defined by Section 822.101, Health and Safety Code.”

The sheriff’s office is still investigating the case.

“It made me sick to my stomach that the kids had to see it, but [neighbor and dog owner Matthew Wise] could have stopped it,” Miles said. “I told him six times I was going to kill his dog next time it came over to my house.”

Matthew Wise said he was trying to get the dog off Miles’ property, but Luna was running away. He said the bullet wounds on Luna prove she was not facing Miles when she was shot. Wise said this isn't the first time Miles has had issues with the family’s animals.

“We had goats before and there was a time or two that the goats got out and he told us he was going to kill the goats,” Wise said. “So we don’t have goats anymore.”

Miles said he just wants animals off his property.

“They can have whatever they want,” Miles said. “Keep it inside of their fence. Keep it out of my fence.”