"It fills my heart knowing that my brother is looking above right now watching all of us." 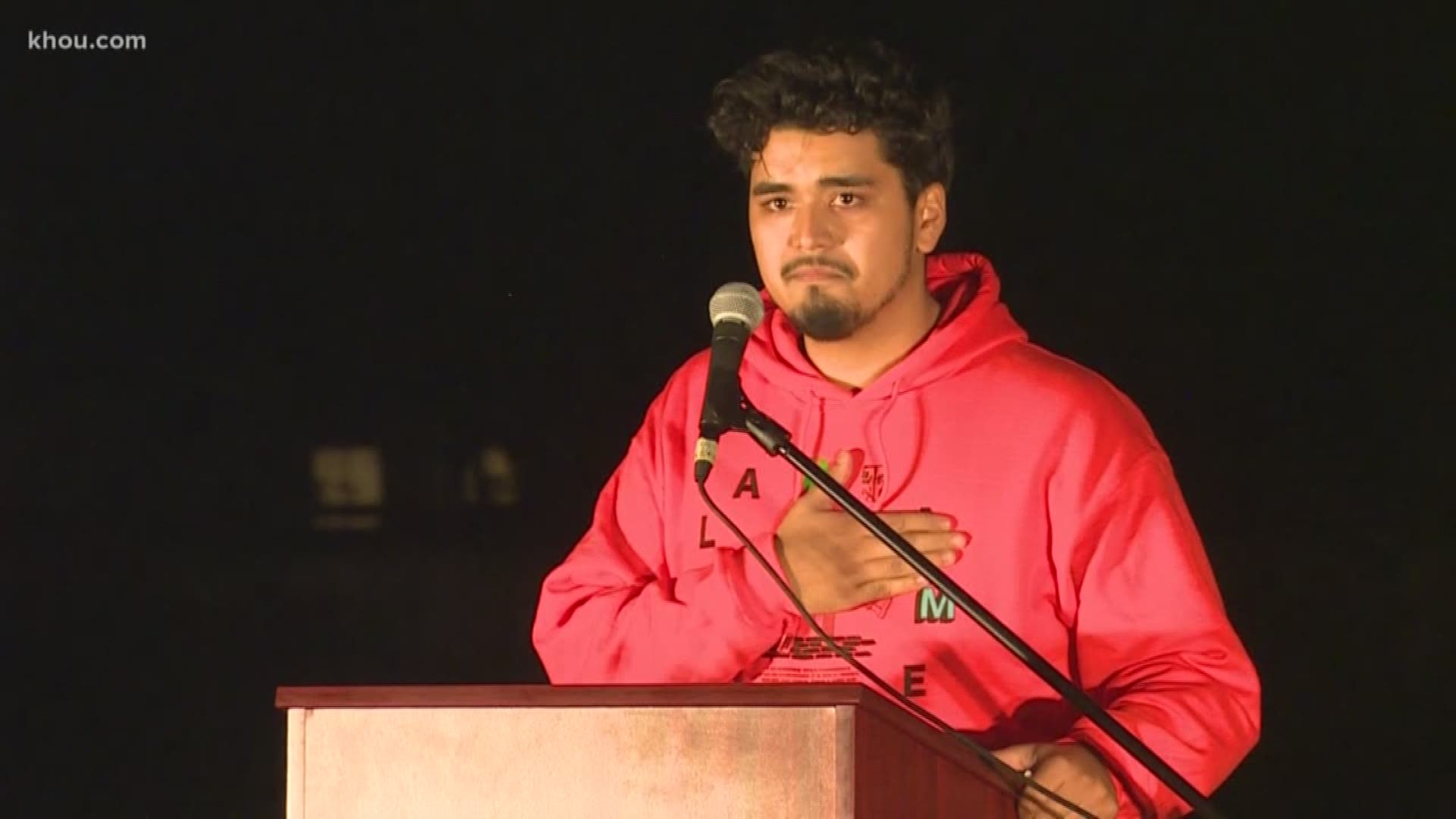 BELLAIRE, Texas — The brother of the student who was killed during a shooting at Bellaire High School on Tuesday, spoke publicly for the first time during a community candlelight vigil Wednesday night.

“I cannot begin to say how grateful I am to see all of you here,” Dylan Cortes said to a crowd of hundreds of BHS students, parents and community members. “Not only was I overwhelmed to see you, it fills my heart knowing that my brother is looking above right now watching all of us, watching every one of you. Pray for him and be here for him. I will miss him and he did not die in vain because I’m moving forward for him and for my family, for my mother Cecilia and for my father Antonio. This one is for you Alex.”

Known as Cesar to classmates, 19-year-old Alexander Cesar Cortes was in JROTC and died when his friend pulled a gun to show off, Bellaire Police said.

The Harris County District Attorney’s Office said the shooting was not intentional.

The impact of Cortes’ death could be seen on faces at the vigil. Ceoeste Monroy, a BHS junior, made a sign that she hoisted for Cortes’ family to see. It read “Fly High Cesar.”

"He was really shy but once you get to know him, he’s very outspoken and a really, really nice person,” Monroy said. “It just broke my heart knowing that something like this could happen to one of our students. We’re supposed to be a safe environment.”

During the vigil, people mostly prayed for healing for the family whose pain is unbearable.