Mayor Sylvester Turner spoke at the service, and a number of community leaders were in attendance. 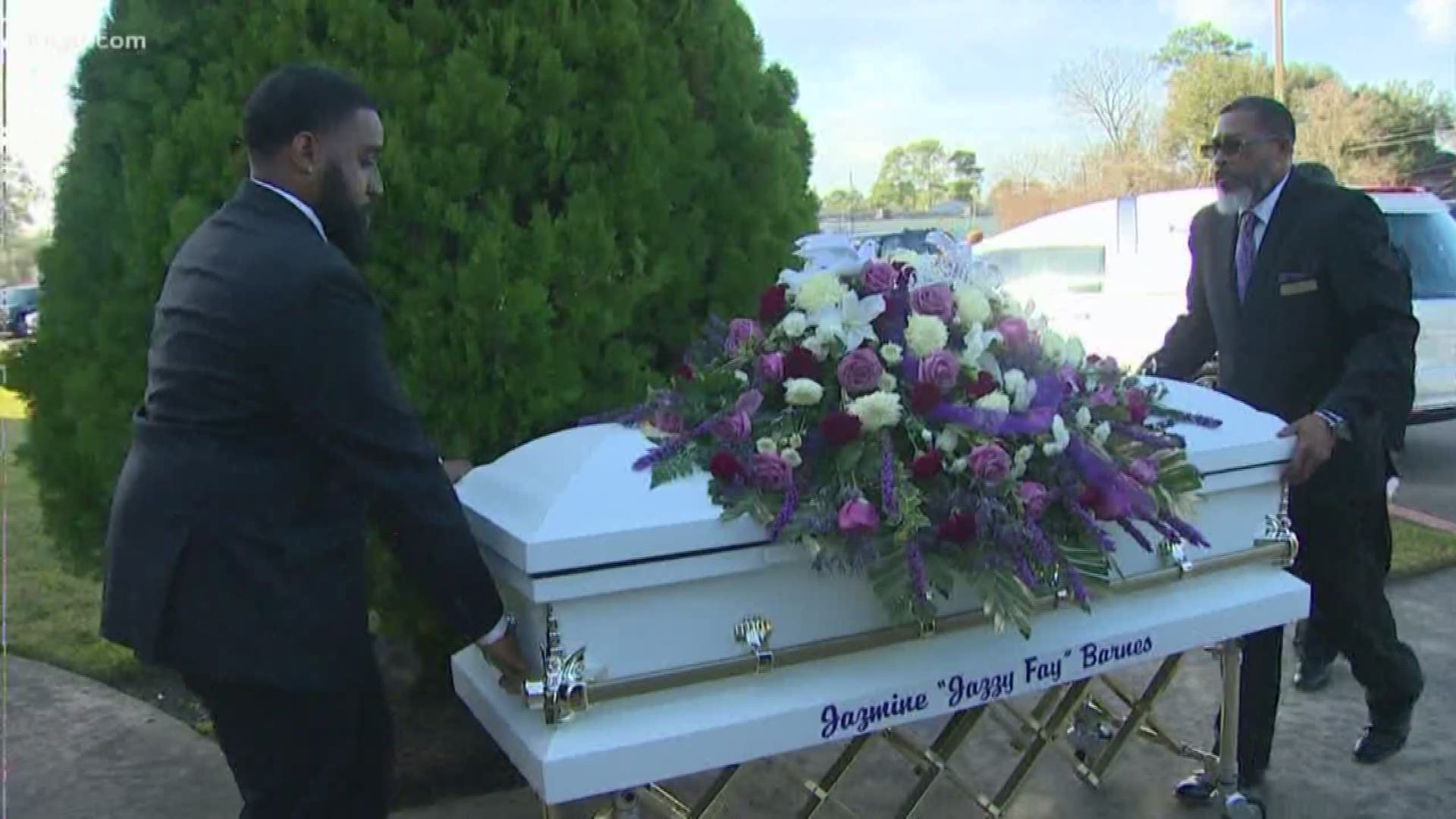 The church was packed Tuesday with everyone from Jazmine Barnes’ loved ones and friends to strangers whose hearts have been captivated by the little girl at the center of this heartbreaking story.

The 7-year-old’s services started at 10 a.m. Tuesday with a public viewing then the homegoing at noon.

Mayor Sylvester Turner spoke at the service, and a number of community leaders were in attendance. Mayor Turner proclaimed Jan. 8, 2019 as "Jazmine Barnes Day" in the City of Houston.

"I will not stop until all of our kids can grow up and live their lives," Mayor Turner said during the funeral. 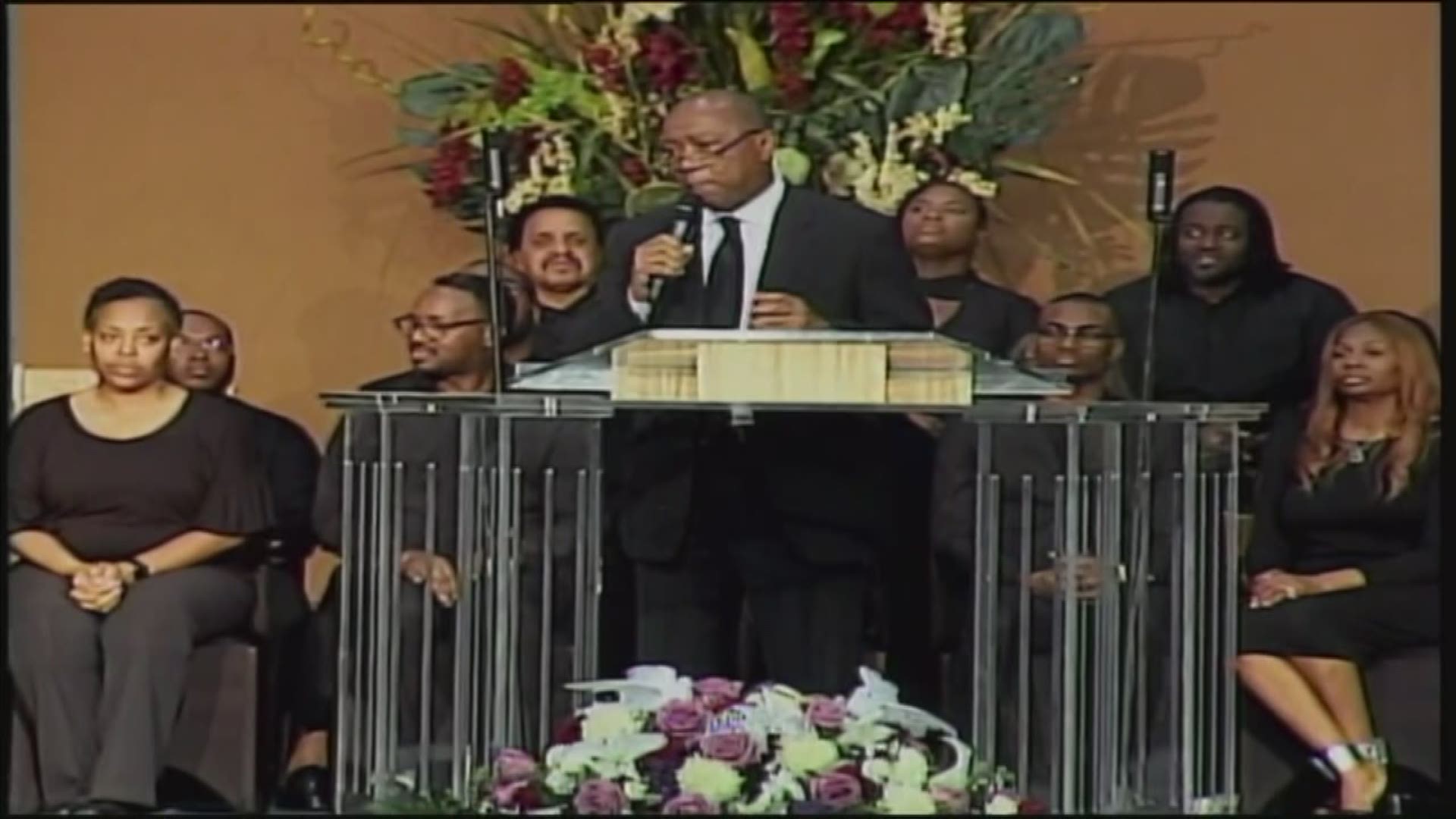 Harris County Sheriff Ed Gonzalez said he could not wait for the day when Jazmine’s murder case is closed so he could say, “Rest in peace, sweet Jazmine, for justice has been done.”

“We should work hard to assure to turn our pain and loss into something positive and worthwhile,” Gonzalez said during the funeral. “This is our chance to make our community safer for all children.

Jazmine was a second grader at Monahan Elementary, and it's going to take some extra care to help her peers cope with her death. Sheldon ISD officials allowed parents to check out their children for the funeral and counted it as an excused absence.

Sheldon ISD superintendent King Davis spoke about Jazmine's dreams of being a teacher one day, saying, "I tell you, I would've hired her on the spot...that says so much about Jazmine and her character. She was truly a loving child who wanted to give back as a servant, as a teacher."

Tuesday was the first day back from winter break. Students and staff were asked to wear purple – Jazmine’s favorite color.There were also counselors on campus.

Politicians, pastors and attorneys held a news conference following the funeral and spoke on behalf of Jazmine’s family. In response to a second suspect being charged in her murder, they called for “positive-only tweets” about the case and thanked the community for their help. 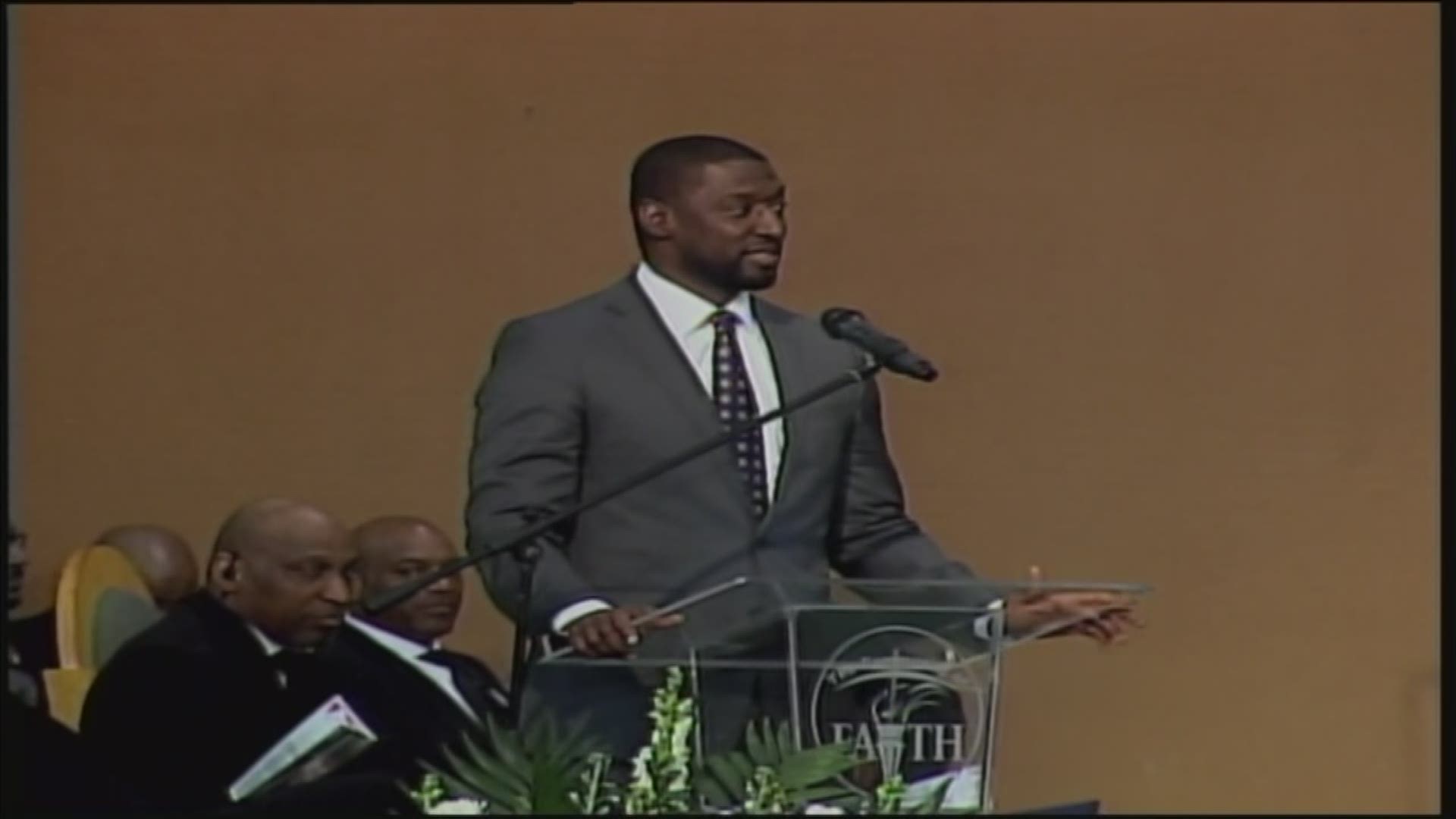 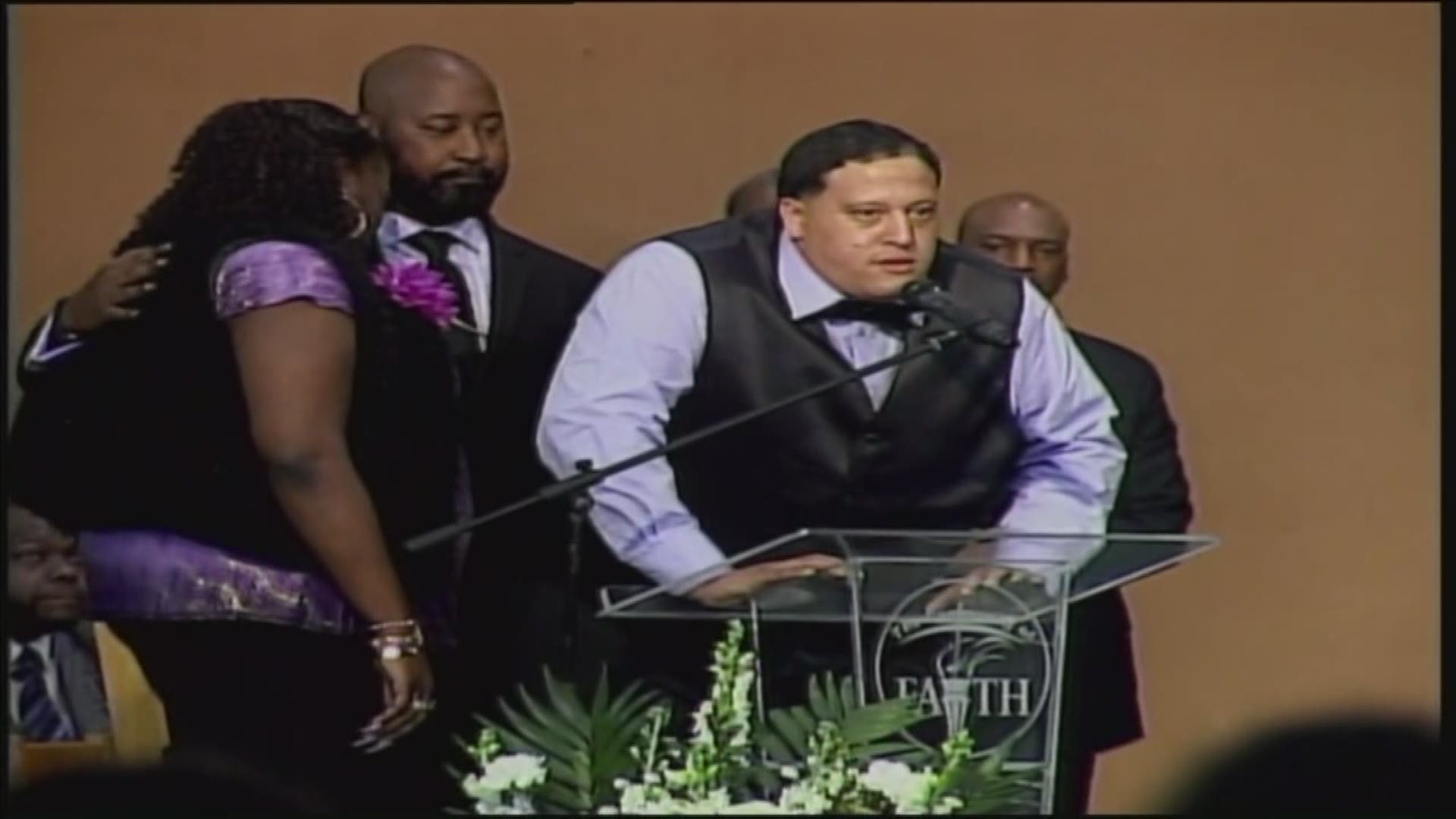 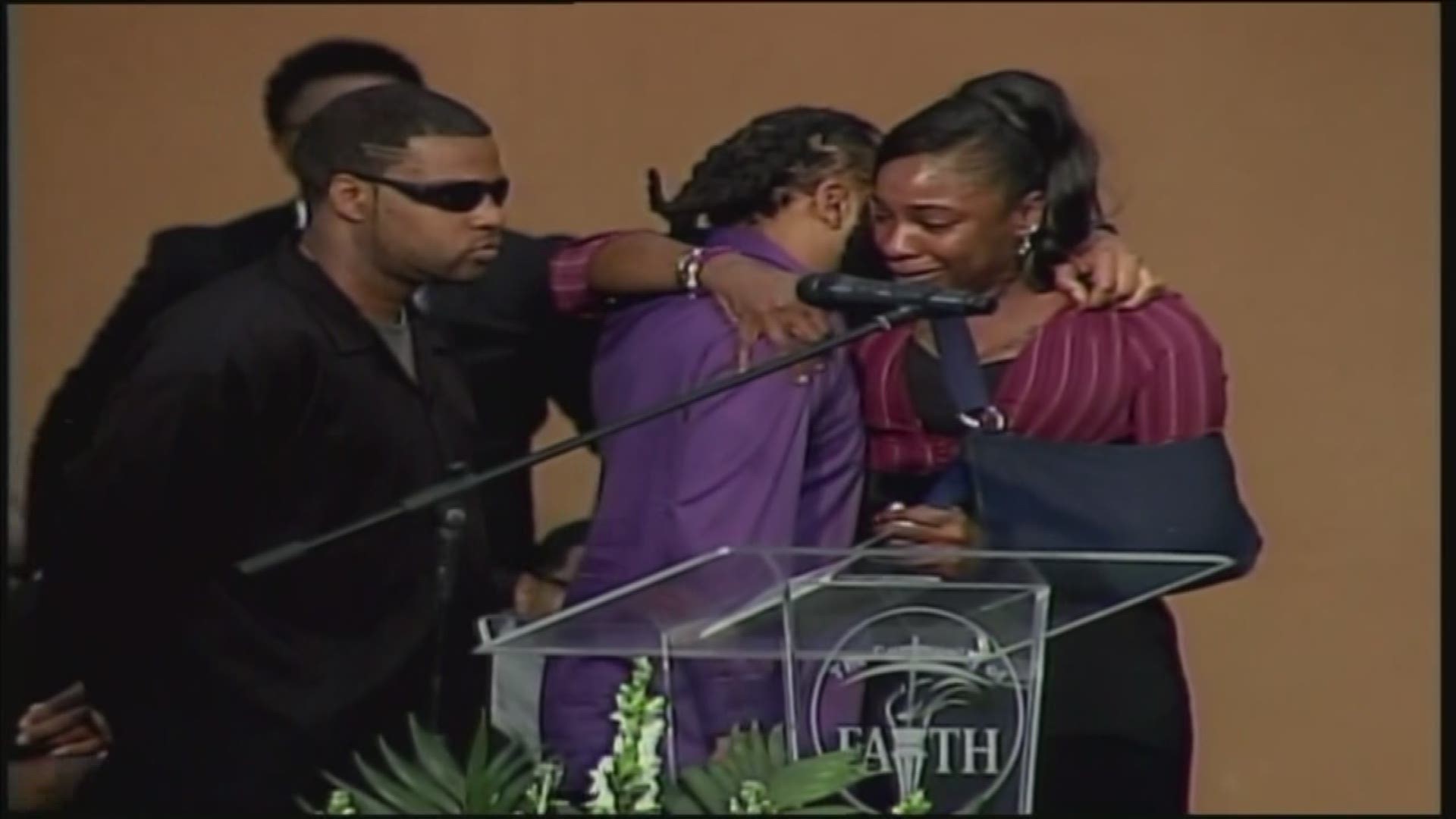 Officials during the news conference said the $100,000 reward offered by activist Shaun King has not been paid. They asked the community to donate to a Jazmine Barnes educational/scholarship fund. They said all the money donated was collected through Jazmine’s GoFundMe account, and it is unclear at this time where the donation from Texans wide receive DeAndre Hopkins will go.