All employees who were treated or underwent a medical evaluation are now cleared to return to work, the company said Thursday. 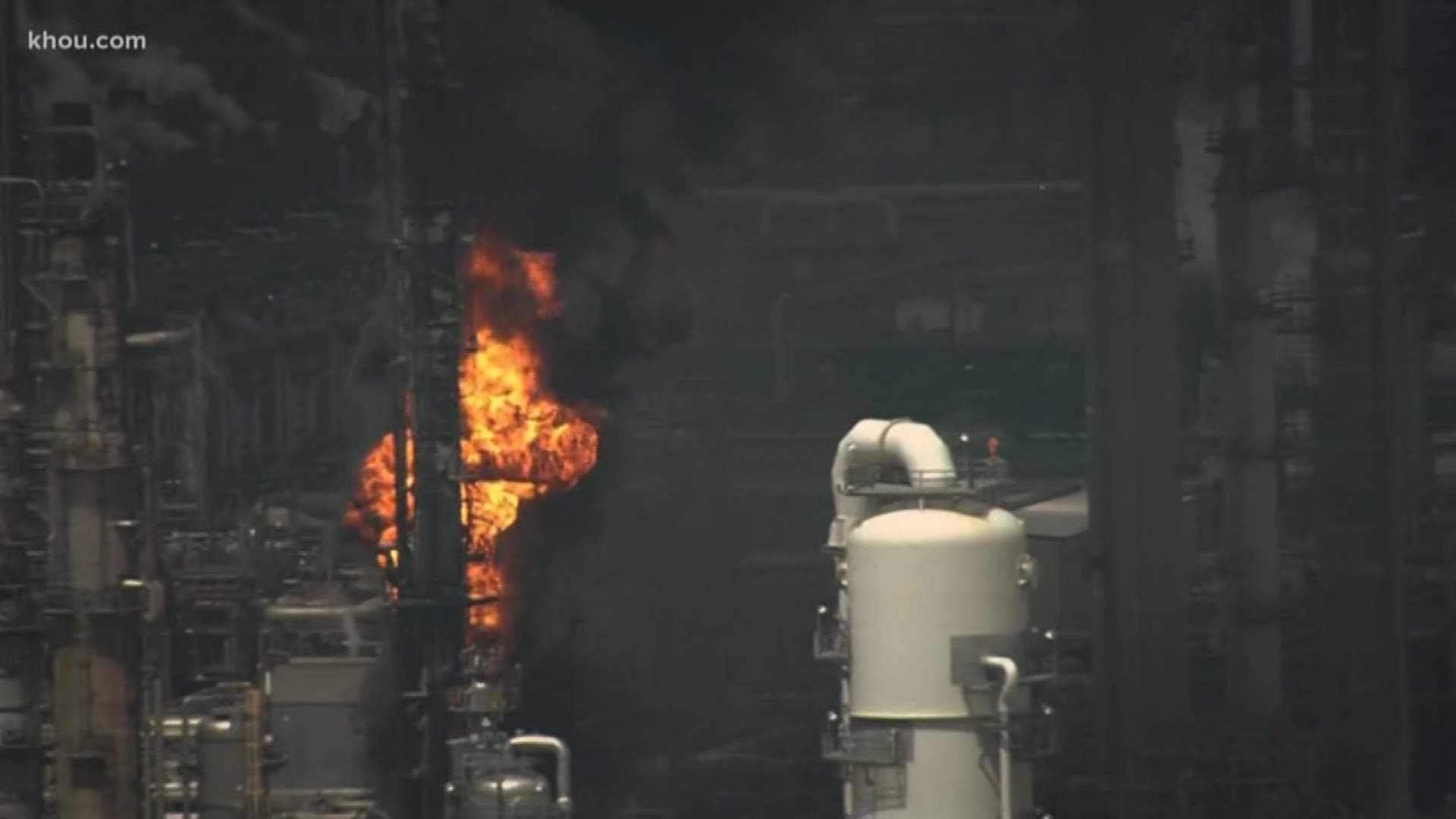 BAYTOWN, Texas — The fire at ExxonMobil's Baytown Olefins Plant has been extinguished.

The company tweeted the announcement Thursday, about 24 hours after the fire first broke out and caused a shelter-in-place for areas west of the facility.

The company said all workers who received medical treatment or evaluation have been cleared to return to work, but the facility is still operating at "reduced rates."

The burned unit remains shut down and stabilized. The cause of the fire, which burned propane and propylene, is still under investigation.

Jason Duncan, the plant's manager, said Wednesday the fire was the result of an explosion that happened in one of the units at ExxonMobil's facility on Decker Drive.

RELATED: 'We felt the shake. We felt it.' | ExxonMobil explosion strikes fear in nearby community

Sixty-six people sought a medical evaluation at the Houston Area Safety Council. There was some first aid treatment but all of them were released, Exxon Mobil said Wednesday night.

The explosion happened at approximately 11:07 a.m. Tuesday, officials said. The City of Baytown said as the fire and smoke filled the air, they activated their emergency center and alerted all of their residents to let them know about the precautionary shelter-in-place.

Crews worked to shut down the affected units and isolate the source of the fire. The cause of the explosion is unknown at this time, but officials said they are working to figure it out.

"I understand for the people of Baytown it's difficult to look out your window and see a plume of smoke especially what's happened before," said Harris County Judge Lina Hidalgo.

The Texas Commission on Environmental Quality (TCEQ) is at the plant and will provide more information as it becomes available.

The plant's Industrial Hygiene staff said they are monitoring air quality at the site and fence line and at this time there are no adverse impacts to the community.

Joshua Howell, who lives near the plant, said he heard and felt the explosion from his home.

“Sirens going off like crazy, news helicopters overhead. Low constant hum audible from my home. Not sure what exploded but it shook the neighborhood,” Howell tweeted.

He said he could see the smoke from his front yard.

Serena Dodds is a manager at Extra Space Storage, which is across the street from the Exxon plant. She said the fire shook her entire office and lit up the interior of her office walls.

“It made the sound of a jet flying too low to the ground,” said Dodds. “[It] just grew and grew and then boomed and the light from it lit up my whole office.

ALSO READ: What is polypropylene

ALSO READ: What we know about the ExxonMobil Olefins plant in Baytown

"A fire has occurred at our Baytown Olefins Plant and our fire team is working to extinguish the fire. We are conducting personnel accounting. Our first priority remains the safety of people, including our employees, contractors and the community. As a precaution, our industrial hygiene staff is conducting air quality monitoring at the sire and at the fenceline, and we are cooperating with regulatory agencies. We regret any disruption or inconvenience this incident may have caused the community."

Several KHOU 11 viewers sent in photos and videos of the plant fire:

A half million of that stems from a single incident in 2009 in which, according to documents, the plant failed to prevent unauthorized emissions from a number of its units.