Explosion at Valero plant rocks Texas City; no one hurt

People all over Galveston County felt the explosion and the thick black smoke could be seen from miles away. 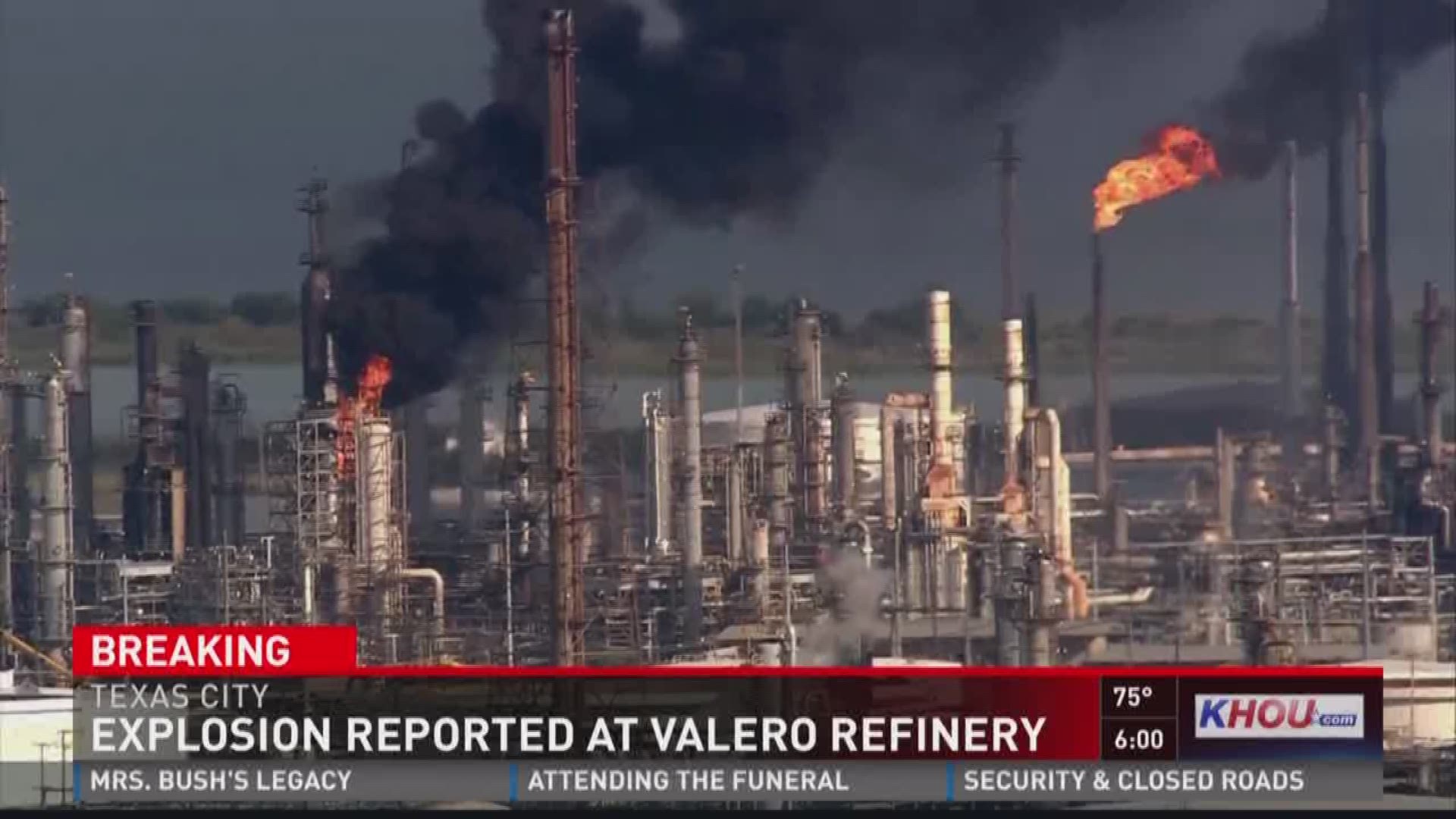 Aerials showed flames and black smoke coming from the plant after the explosion just before 5 p.m.

No shelter in place was necessary and there was no danger to the public, according to Texas City Emergency Management.

Texas City officials say all employees have been accounted for and no one was hurt.

Video I just got from a viewer of the fire at Valero Refinery in Texas City. Shot 30 seconds after explosion. Says he was half a mile north of explosion when he heard it. Says he could feel the heat. #khou11 pic.twitter.com/cS7u8pncHL

Texas City residents near the industrial complex reported hearing windows rattle. Kimber Schwamb told the Galveston County Daily News she was outside when she heard a loud noise.

1 / 14
AIR 11
An explosion happened Thursday evening at the Valero Texas City Refinery. Officials said no injuries were reported and all staff members have been accounted for. It is unclear what led to the explosion.

"I was in the backyard with the kids and heard two booms and saw fireballs," Schwamb said.

Students who were at area schools for after-school activities were kept inside until the district got the all-clear around 5:30 p.m.

The Texas City Fire Department and Valero's own crews responded to the fire.

Our partners at Galveston County Daily News contributed to this report.