Transportation experts believe changing the speed limit to keep up with current conditions would ease the amount of time drivers spend on the road. Drivers would be notified by electric signs along the roadway. 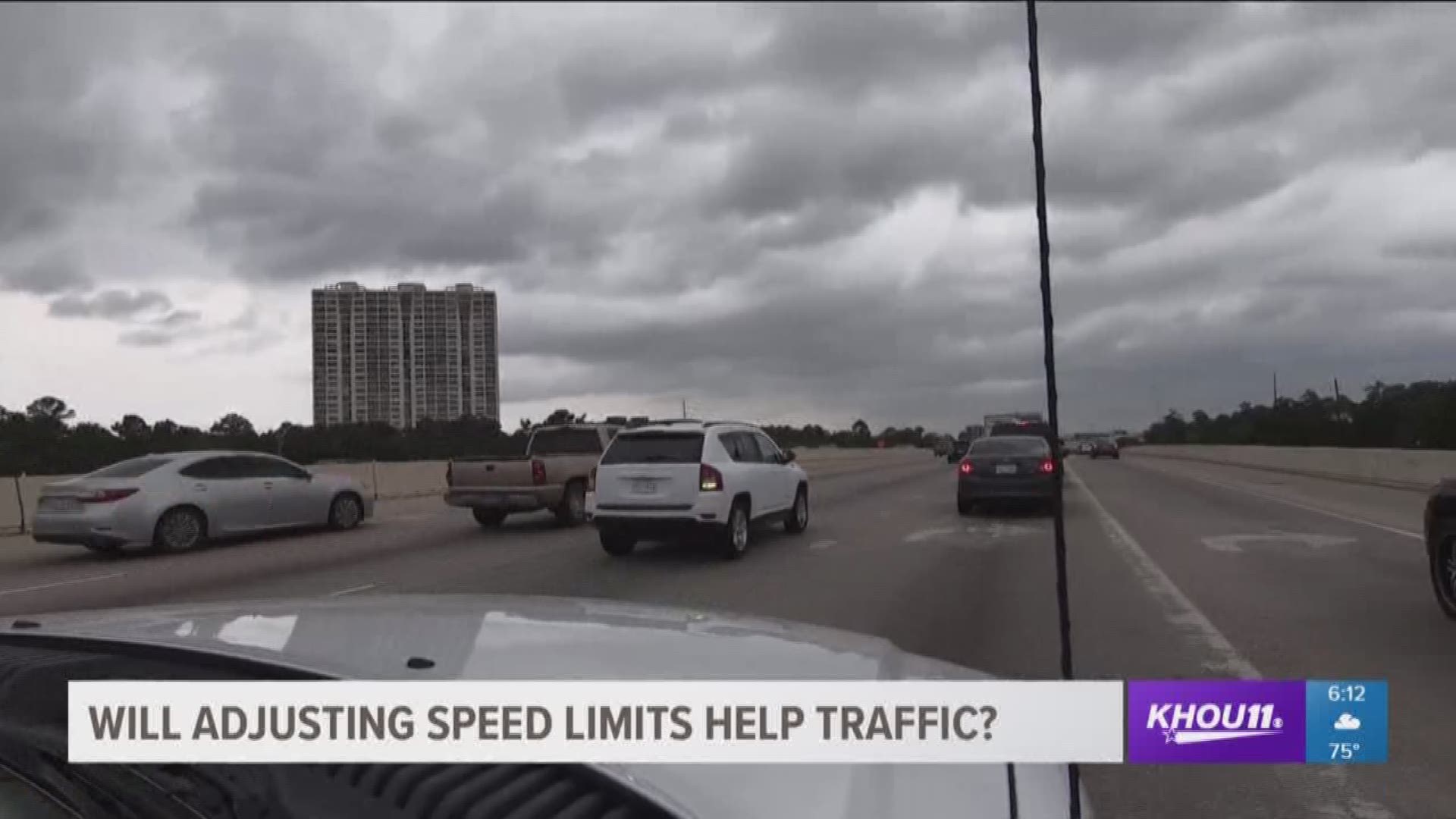 HOUSTON — Houston’s congestion issues only seem to get worse but that has not stopped transportation experts from looking at ways of addressing the growing problem.

The goal is to eliminate, or realistically reduce, the amount of time drivers spend stuck in traffic every day.

Beverly Kuhn, senior research engineer at Texas A&M’s Transportation Institute, believes having adjustable speed limits on highways can help drivers speed up or slow down as one depending on what’s happening around them.

For example, it’s the constant struggle drivers face in and around Houston.

Traffic is flowing smoothly before red brake lights fill the roadway for no apparent reason.

Congestion builds and before drivers can make a decision they’re struck in traffic.

Variable speed limits can be adjusted up or down to what’s happening on the road.

“So if you’re coming up on the back of an end of the line of traffic you would drop the speed so that people slow down before they come to the end of the traffic,” Kuhn said.

Agencies like the Texas Department of Transportation could respond to congestion caused by accidents, construction or weather.

The speed limit would be changed in five or ten mile increments along the highways.

Kuhn said, “It makes how the drivers behave more uniform so you have less erratic maneuvers and less likelihood of somebody darting into another lane or slamming on the brakes and creating an incident.”

Electric signs would notify drivers about the changes.

“Those agencies that have deployed them feel that they’ve been successful in helping reduce the likelihood of crashes which helps improve the overall performance of the roadway.”

She said it could create new possibilities of improving traffic trouble spots in Houston.

Also, Kuhn said Texas lawmakers need to pass legislation to make the use of variable speed limits possible, then TxDOT could move forward on how to use it.