Experts searching for relatives of bodies exhumed at unmarked cemetery

The Texas Historical Commission wants the public to contact them if they think they might be descendants of those discovered at this unmarked cemetery. 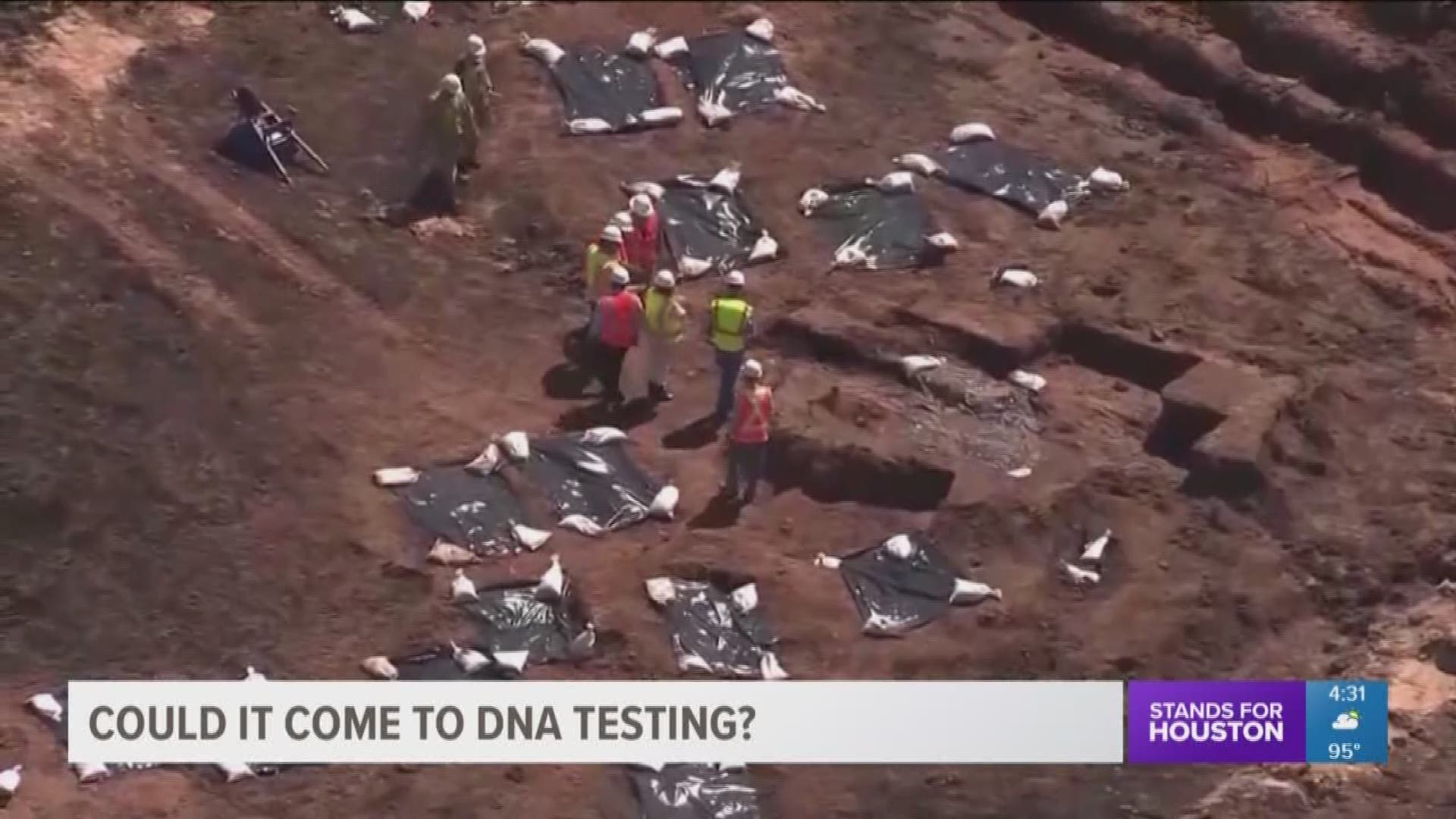 FORT BEND COUNTY, Texas - Fort Bend ISD officials say when they acquired the land in the Telfair section of Sugar Land, they never thought they’d be in charge of a cemetery.

But that’s exactly what happened, when 2 to 5 feet beneath the soil, human remains and artifacts from more than a century ago were discovered back in April.

On Wednesday, the careful process of exhuming the remains continued. So far, archeologists have exhumed 48 out of 95 remains. Out of the 48 sets of remains, 20 of those have been forensically analyzed.

Fort Bend ISD owns the property and says experts might be finished exhuming within the next few months. However, it could take up to a year for all of them to be forensically analyzed.

Experts say it can take up to 24 hours for each set of bones to be cleaned and examined.

The results of the analysis could give the world a clearer window back in time, according to Pat Mercado-Allinger, of the Texas Historical Commission.

"It gives us the opportunity to learn more about what has been told or under-told about the history of Sugar Land," she said.

The Texas Historical Commission has worked closely with the school district since construction crews unearthed the first set of remains. The district is building a new career and technical center on the property.

Experts say the bones analyzed thus far, were from people as young as 14, to men as old as 70. They are believed to be African-American prison inmates forced to work on plantations, after slavery ended.

Those prison inmates included former slaves. Scientists say all appeared to have a muscular build, with some misshapen bones, indicating repetitive movements and hard labor.

The Texas Historical Commission wants the public to contact them if they think they might be descendants of those discovered at this unmarked cemetery.

"If they have any information about the history of the area, they think they have a connection to some of the people who have been buried here, to come forward, to be part of the discussions," Mercado-Allinger said.

It's possible that those discussions might lead to DNA testing of the bones for identification, down the line.

Fort Bend ISD officials say it’s expensive to do DNA testing on century-old remains, because it’s a delicate process, but it’s something that the district and Commission might be open to.

Local activist and historian Reginald Moore says he wants those found in the shallow graves at the site, to have a proper resting place at the Old Imperial Farm Prison Cemetery, about half a mile from the site.

Moore over-sees the cemetery and KHOU 11 has learned the district has already had conversations with the City of Sugar Land about the re-burial, there.

"Hopefully, we can move forward with internment," said Moore. He added that his annual Labor Day memorial service at the Old Imperial Prison Farm Cemetery, will honor the 95 people who died at the site of the former plantation.