The City of Houston ordered work stopped at the Galleria-area office building on Richmond Avenue where the business was expected to open by the end of the month. 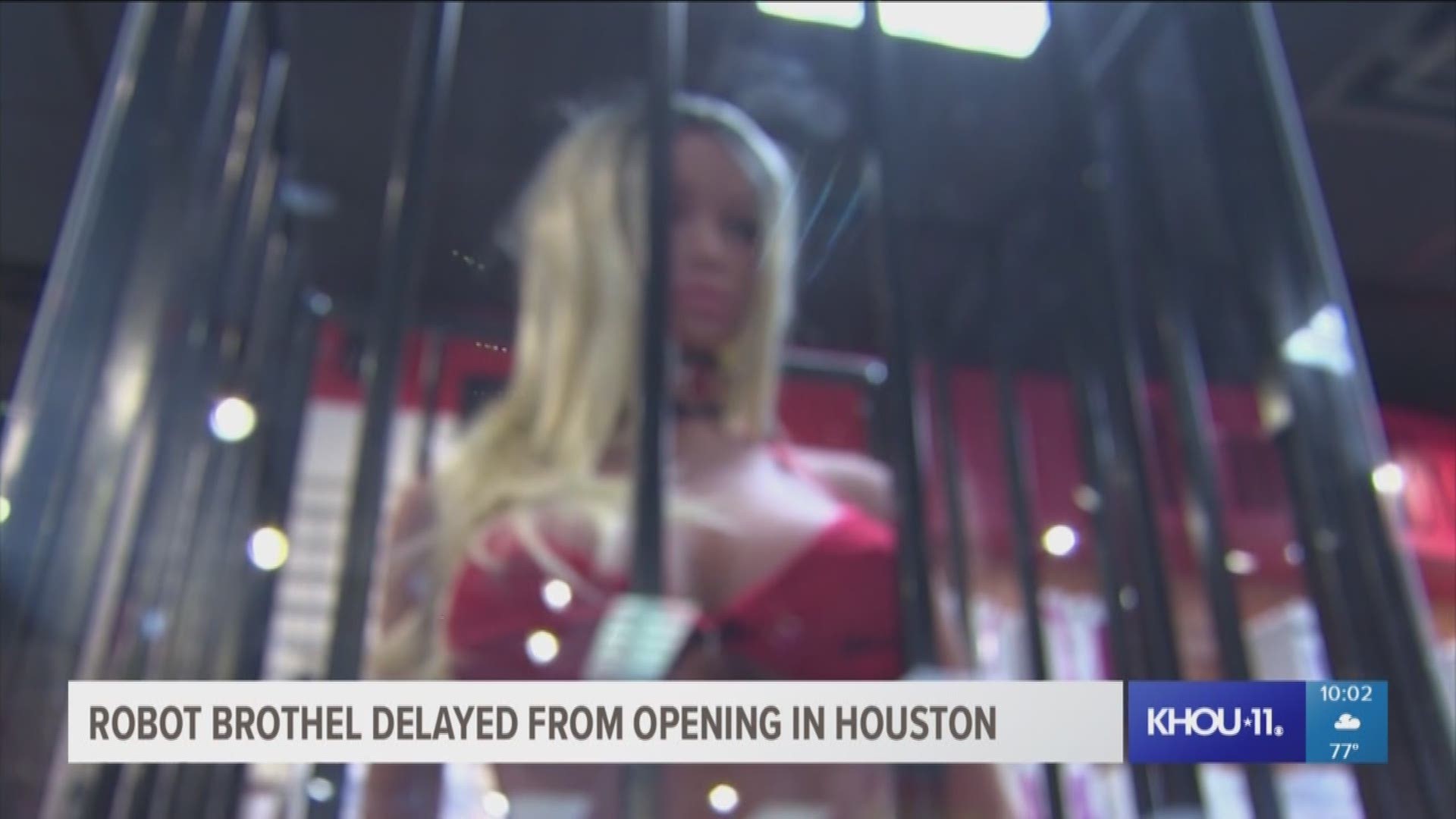 The City of Houston ordered work stopped at the Galleria-area office building on Richmond Avenue where the business was expected to open by the end of the month.

The code enforcement officers reportedly witnessed workers installing electrical wiring and what appeared to be a shower.

Related: Mayor pushes back over 'robot brothel' coming to Houston

A woman who claims she was contracted to work for the company behind the robot brothel says the business plans to move forward and will not be deterred by any pushback from the city.

“It’s really about giving someone another option of how to be loved or how to express their love or their sexuality,” said “Magdalena,” who asked that her real name not be used. “They’re not hurting anybody.”

Magdalena says her job is to maintain, dress and style the sex dolls at the brothel.

“The dolls haven’t even been activated yet. I mean, they barely even have their wigs on,” Magdalena said. “Basically I’m going to give them a full-scale once over. It’s like a cross-breed between a physical, going to the OBGYN and going to a skincare specialist.”

Magdalena says she must make sure the robots are cleaned properly after use.

“You’ve got to be extremely careful,” Magdalena said. “I spent and hour or two last night consulting with a pelvic doctor. I plan on lining up a team of doctors making sure that the dolls can withstand lots of people having sex with (them), and making sure nobody gets any diseases because nobody wants to get an STD from a silicone doll.”

Employees who work at other businesses housed in the Richmond Avenue building have concerns about the robot brothel.

"First reaction was so shocked," said Geraldine Tan, who works at an accounting business. "I don’t think it should be in here, but...business is business"

"I heard about it and I was thinking it’s just a little weird," said colleague Leslie Knauss. "The only thing I’d be concerned about is, not so much the business, but what about some of the people who frequent the business. How are they going to behave?"

Mayor Sylvester Turner expressed his opposition to the business this week and said it would not be welcome in Houston. Thousands of online opponents have signed a petition expressing their contempt for the business as well.

It looks like this business will have to deal with another hurdle as an attorney for the building's owner says he wants no part in housing the sex robot brothel.

In a statement, Richard Java said, "The tenant represented that they were opening an art gallery and never provided the necessary documents my client requested for a formal lease to be signed. After discovering the misrepresentation my client engaged me and wants no part in any sexual oriented business.”

Magdalena says she is proud to be part of a precedent-setting venture that she claims society has needed for a long time.

“There’s a lot of lonely men in the world, that they have no outlet,” Magdalena said. “So the fact that there are dolls that give these men an outlet is extremely important. It’s not only important for the men who need comforting, who’d like to be in relationships but have social disabilities, but it’s good for the women, too, who don’t have to be objectified anymore or harassed or belittled or demeaned. They can go do it to an inanimate object.”

In order for the business to move forward, its owners will have to obtain a demo permit and obtain approval for construction plans, according to Houston Public Works.

No one can say how long that could take.

KHOU 11 News has continued to contact the owner of Kinky S Dolls, but calls have not been returned.