The proceeding was quick but tense, with Bland’s family in town and protesters gathered to speak out. 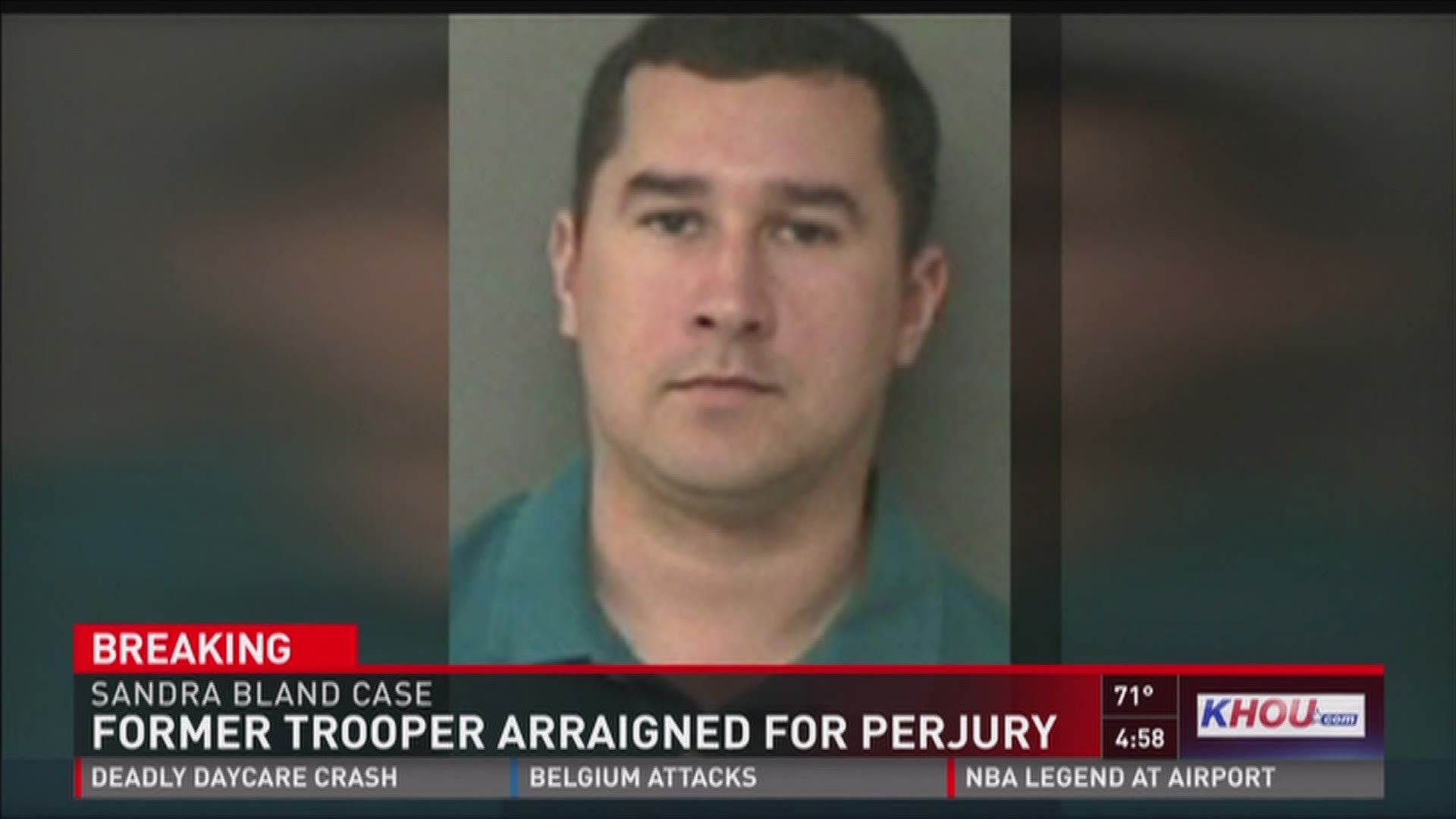 The proceeding was quick but tense, with Bland’s family in town and protesters gathered to speak out.

Ex-DPS Trooper Brian Encinia said nothing leaving the courtroom. But inside he pled not guilty to a perjury charge, accusing him of lying in a probable cause statement about his arrest of Sandra Bland.

Encinia said he made Bland get out of her car to make the traffic stop safer, but a grand jury didn’t believe him.

“This case now represents much more than Brian Encinia. It is a threat to all police officers in the state of Texas,” Lewis said.

Protesters chanted “Sandy still speaks” outside the courthouse. They’re still upset there are no other charges in the case.

Everyone was cleared of wrongdoing at the Waller County Jail where Bland died in custody. Her death was ruled a suicide, but protesters don’t believe it. They confronted Waller County Sheriff Glenn Smith, chanting “Tell the truth.”

“I thank God for the country we live in,” said Sheriff Smith. “They can protest and they can do that. They have that right, but we just need to let the court system work.”

In the middle of the storm was Bland’s mother Geneva Reed-Veal.

“I want answers as to what happened to my daughter,” Reed-Veal said.

She traveled from Chicago for the quick hearing and to visit the memorial to her daughter, at the spot where Encinia pulled her over.

“People are still respecting the fact that she died and it wasn’t in vain,” Reed-Veal said. “The few minutes here in the court that was OK. That was bearable. Now I’m really going to sit back and see what God’s about to do.”

Encinia is due back in court May 17, and a Bland family attorney said they asked prosecutors not to take a plea deal. They want this case to go to trial and seek the maximum penalty.