Thousands of cases have been filed with Harris County Justice of the Peace since mid-March. 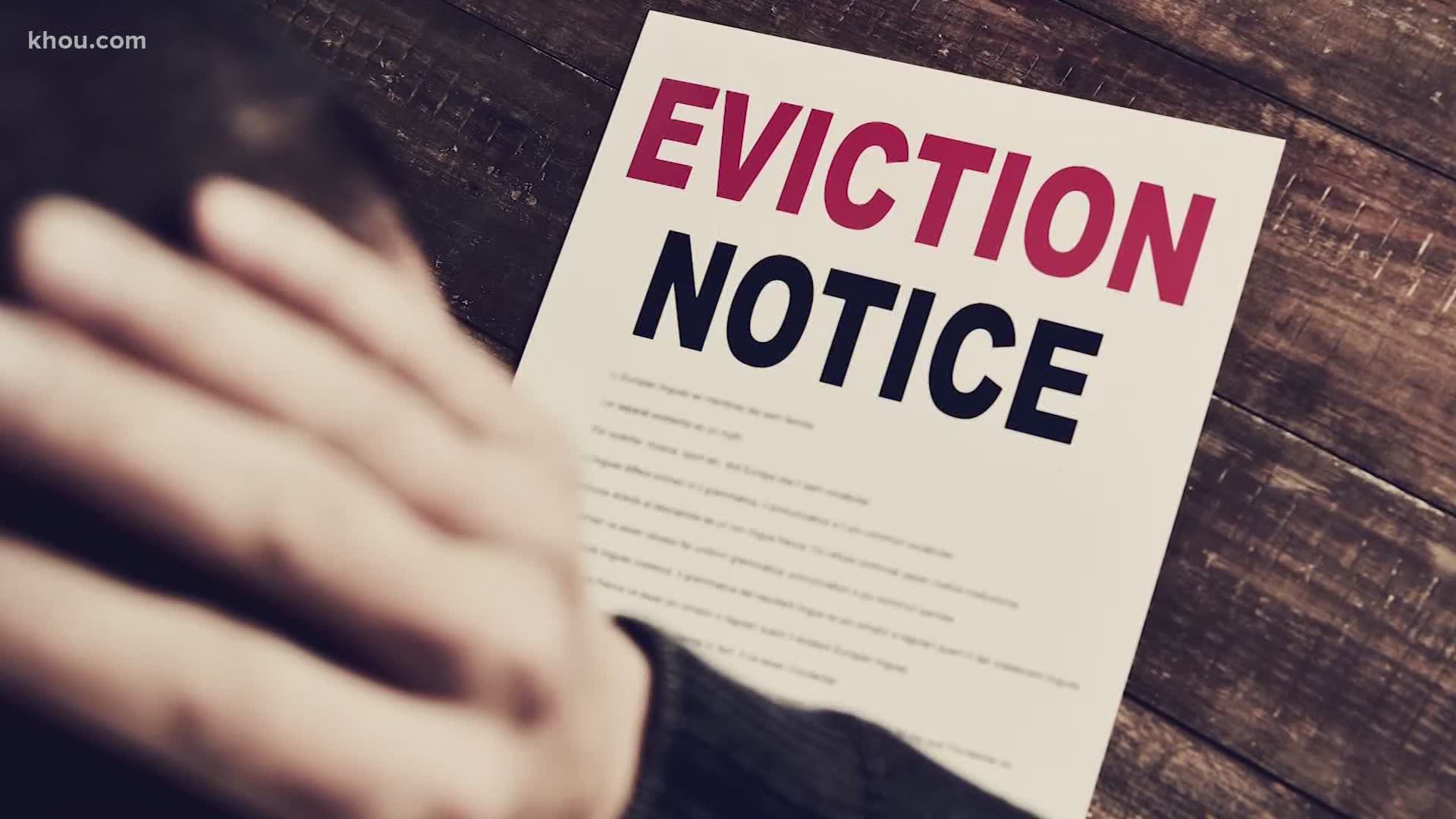 HOUSTON — Rent is due Tuesday for millions of tenants, and because of the coronavirus pandemic, many have had trouble paying rent and are facing eviction.

Jeff Reichman, principal at January Advisors, a data science consulting firm, said the city of Houston has more evictions than any other major U.S. city except for New York City.

Reichman said his firm has tracked eviction filings this year. After being halted because of COVID-19, he said evictions have started back up in Houston and Harris County.

Reichman said thousands of cases have been filed with Harris County Justice of the Peace every month. He said many times people receive eviction notices and leave, so the number of people facing evictions is much higher.

“From the beginning of the pandemic, right around mid-March, there have been almost 10,000 cases filed in Harris County representing almost $18,000,000 in claim amounts,” Reichman said.

“So it’s not like there’s this giant hole that they can’t get crawl out of owing thousands and thousands of dollars. It’s really just a month or two’s worth of rent,” Reichman said.

He said moratoriums that blocked evictions helped people so federal and local intervention is needed to help people who have fallen behind.