Employees were spotted packing up large green duffel bags from inside the Montrose-area consulate -- labeled a "massive spy center" by a U.S. Senator. 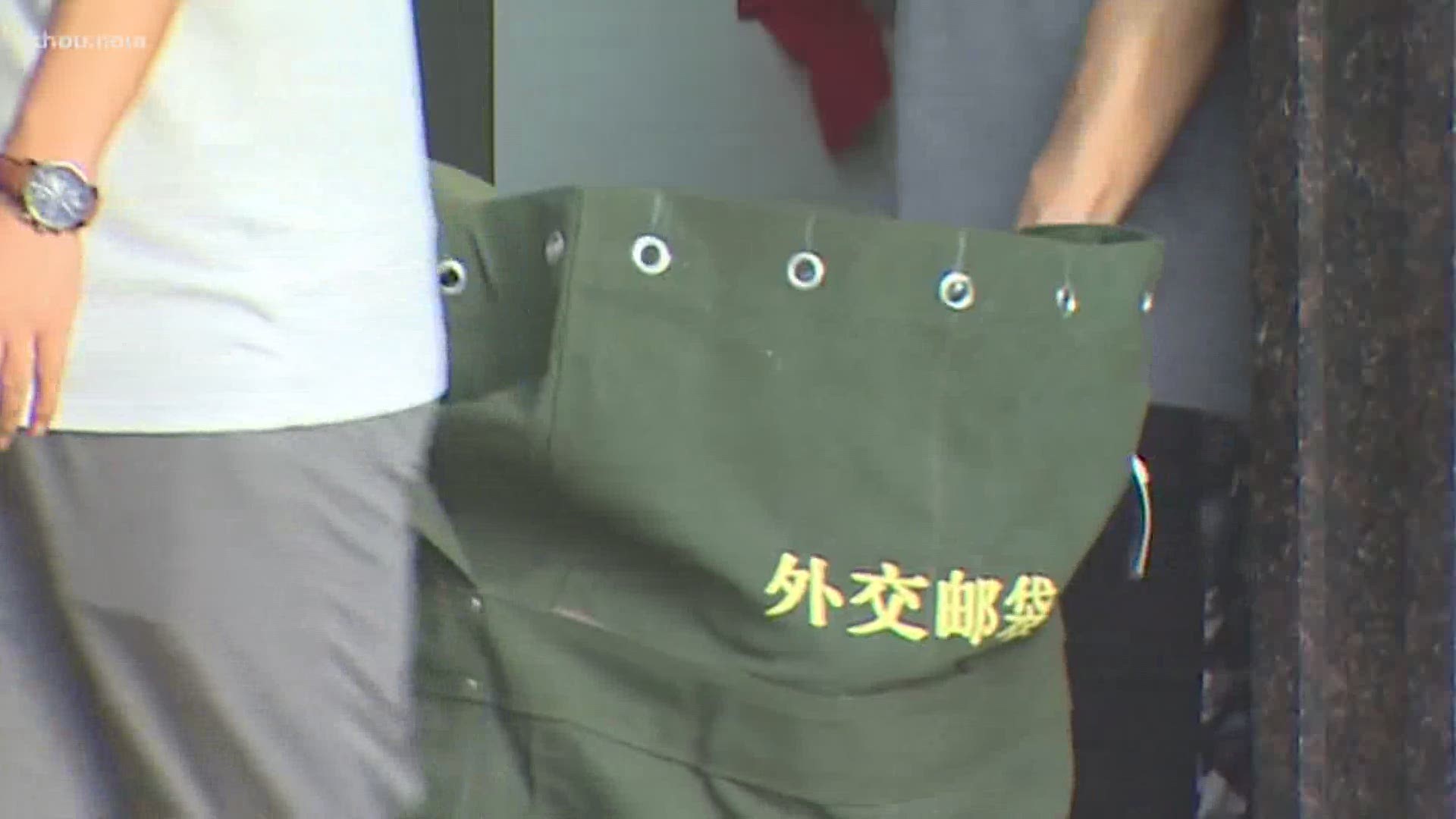 HOUSTON — It's moving day for evicted employees of the Chinese Consulate in Houston.

The Trump administration gave them until 4 p.m. today to clear out of the consulate labeled a "massive spy center" by Florida Sen. Marco Rubio who said its closure “long overdue.”

Friday morning, several people, believed to be employees, were spotted packing large green duffel bags from inside the consulate into a waiting U-Haul truck.

They also dumped bags and boxes of trash in a nearby Dumpster.

The ordered closure of the consulate comes as the United States accuses China of a longtime pattern of espionage and intelligence warfare.

RELATED: China retaliates for Houston consulate closure, tells US to close its consulate in Chengdu

RELATED: Chinese consulate in Houston accused of being 'spy center'

China retaliated Friday and ordered the United States to close its consulate in the western city of Chengdu, ratcheting up a diplomatic conflict at a time when relations have sunk to their lowest level in decades.

Chinese-U.S. relations have soured amid a mounting array of conflicts including trade, the handling of the coronavirus pandemic, technology, spying accusations, Hong Kong and allegations of abuses against Chinese Muslims.

Experts say spying accusations on both sides are nothing new but what is different with the current situation, is the level of response.

“In the history of diplomacy, this usually results in bouncing some officials,” said Steven Lewis, China Fellow at Rice University’s Baker Institute for Public Policy. “Usually you don’t close an entire consulate over something like this."

RELATED: Reports of documents burned at Chinese Consulate ahead of Friday's eviction

When it does happen, Lewis said, it’s common for any nation’s diplomats to destroy documents before a consulate shuts down. The Houston Fire Department responded to reports of documents burning Tuesday night in the courtyard of the Chinese consulate.